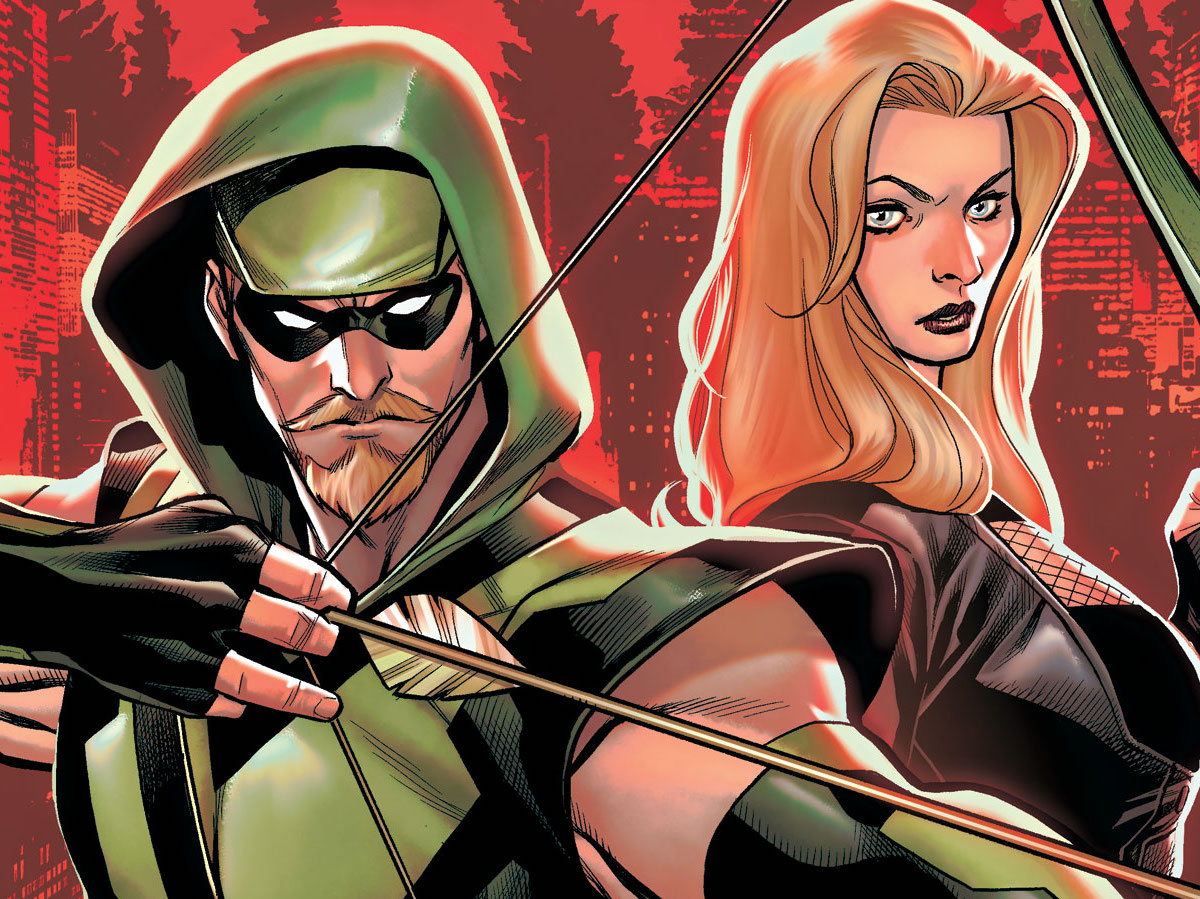 Ray: The latest of these oversized one-shot takes a very different approach than the previous installments—because it’s not two stories of one hero each. The two tales here are almost impossible to separate, and the first story by Stephanie Phillips and Clayton Henry is one of the best both characters have had in a while. What is Green Arrow’s perfect world like? No surprise, it resembles Robin Hood, as the roguish hero battles against Sheriff Merlyn alongside his Merry Men—Connor, Roy, and Mia (making her first appearance in a decade). But it all feels a little on-the-nose, and why can’t Ollie stop thinking about a mysterious blonde woman? The walls of this world start coming down a lot faster than we’ve seen in other books.

Soon, Ollie finds himself in another world—a modern one where the center of attention is a nightclub called the Canary Club, where the star attraction is one woman every night. While the original meeting between the Green Arrow and Black Canary of these two very different worlds doesn’t go smoothly, they soon realize the intense chemistry between them—just in time for a vicious version of Green Arrow to attack and a mysterious observer to comment on the affairs. It’s a mysterious issue with some great twists along the way, but it’s also one of the best looks at the passionate dynamic that animates these two. This is the quickest we’ve seen heroes break down the walls of their ideal world—or is it? Because there’s one great twist coming.

The backup, by Dennis Culver and Nik Virella, turns back the clock to earlier versions of the ideal worlds for these two heroes. Ollie is an armored warrior, sort of like the competition’s signature hero, and Dinah is a police officer with a unique twist that makes her a crime-solving machine. But the two are alone—and neither one can seem to get the other out of their head. So Pariah keeps experimenting, and comes up with a unique solution to these two problematic heroes. This is a very strong issue, and just makes me wonder when either of them (or both of them) are going to get their own series again. There are a surprising number of DC A-listers who aren’t represented in the comics outside of one-shots right now.

Review – Year of the Villain: Hell Arisen #1: Evil vs. Evil

Review – The Flash #75: Past and Present