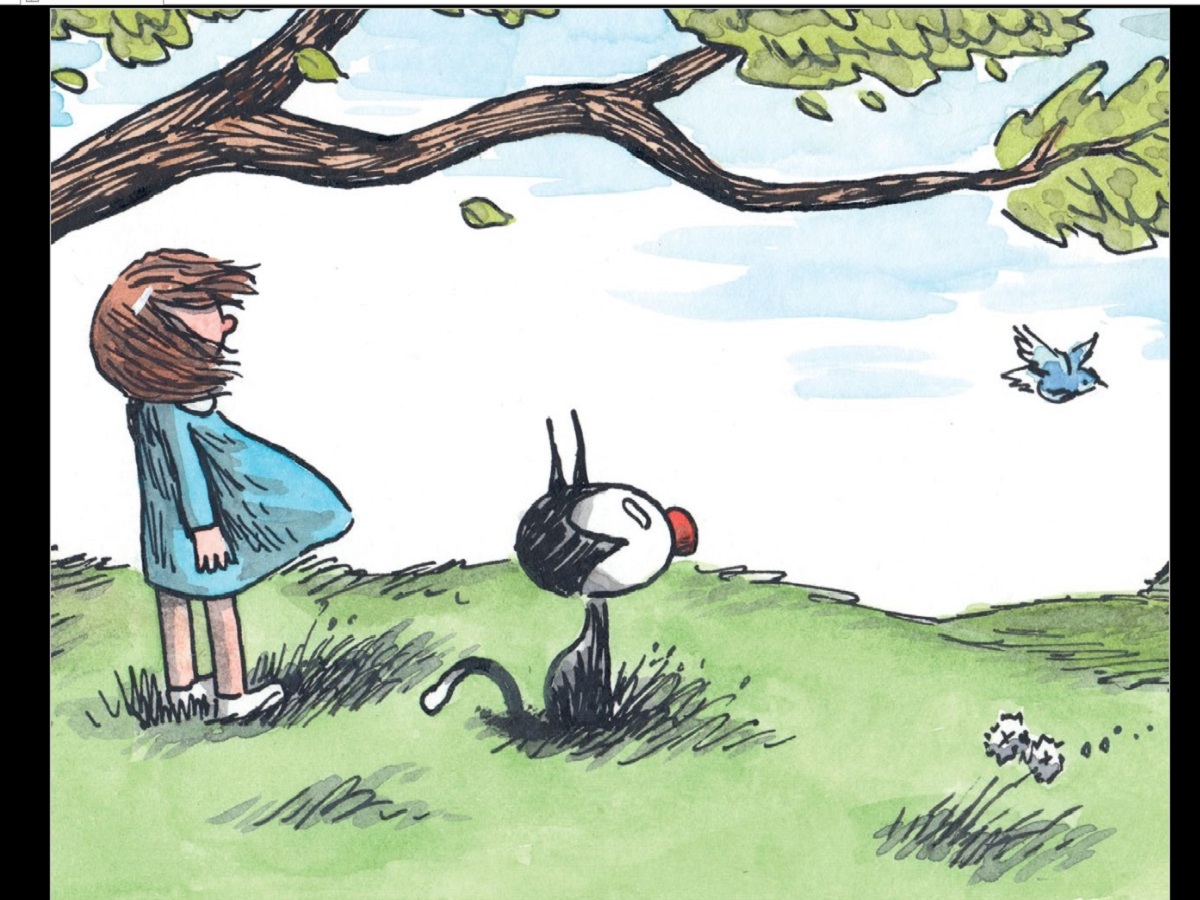 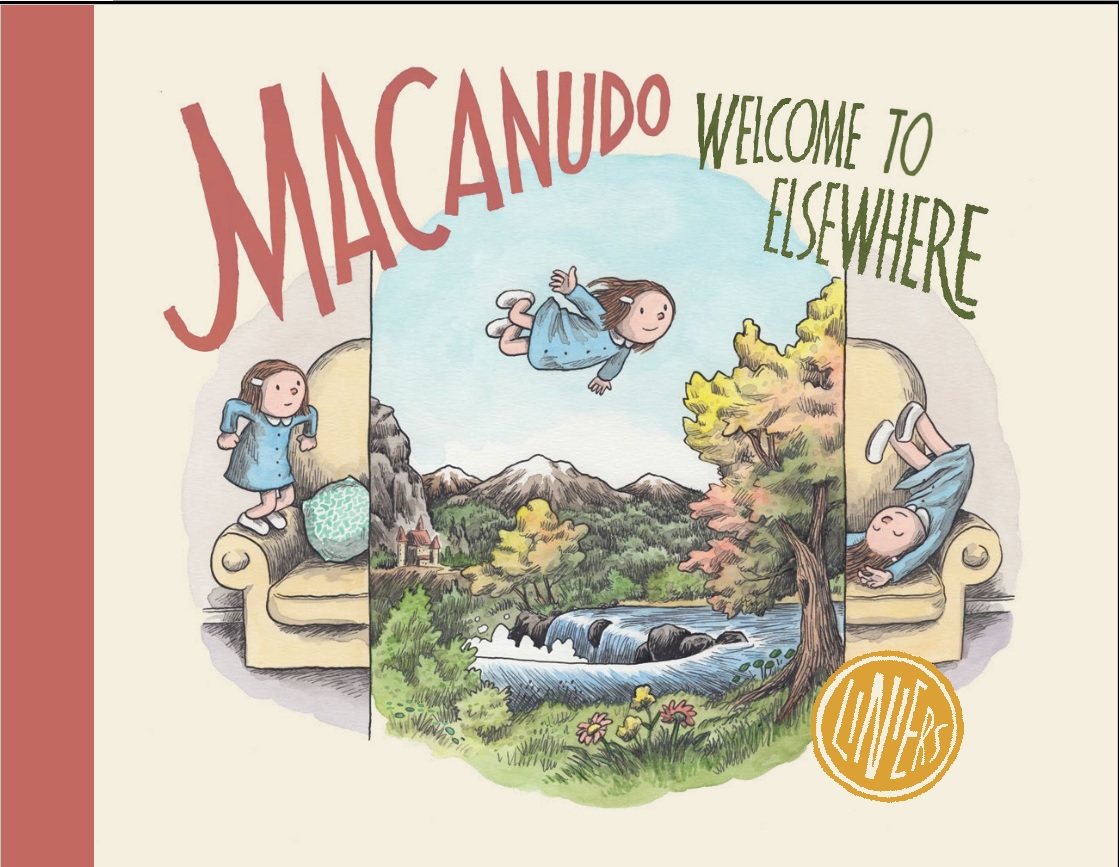 Macanudo: Welcome to Elsewhere by Liniers, foreword by Matt Groening

Twenty years ago a string of penguins, elves, and imaginary blue friends started to appear in comic strips in Argentina′s newspapers, predominantly in La Nacion.

A prolific and imaginative author, Liniers had made an appearance that was very welcome: his intention was clear from the start, he did not want people to be angered by daily news, he wanted them to laugh and escape to a different reality, an elsewhere, (where everything could be possible) and to be able to do so with optimism and a very Argentinian word: ternura, tenderness, the good feelings associated with a dulce de leche cookie known as alfajor.

He loves Matt Groening and decided to represent himself as a bespectacled bunny as his alter ego. He loves Mutts and has made his signature cat, Fellini, a mixture between Krazy Cat and Patrick McDonnells′ creation. He has great Argentinian masters as well, such as Tute and Quino′s Mafalda. He loves to draw olives that escape horrific cocktail deaths and mysterious strangers in top hats, and it seems, his inks and watercolors can take him, and us, anywhere in the world. 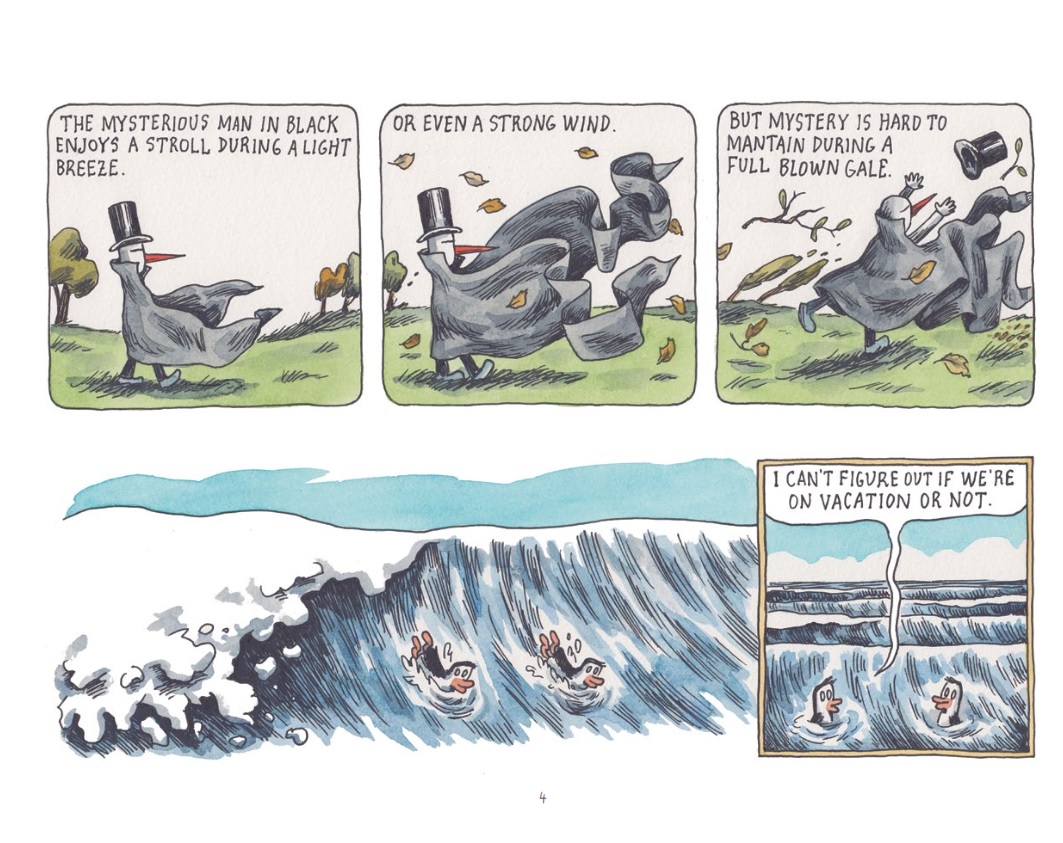 His comic strips started appearing in US newspapers in 2018, and finally, Fantagraphics is collecting his work in hardback form. You want to collect all the forthcoming volumes. If there is something we feel we did well as parents was to instill in our eleven-year-old a love for comic strips. Watching him read Mutts or Macanudo makes our hearts filled with pride because by doing that, we feel we′ve done a jolly good job.

Welcome to Elsewhere is the first of a series of volumes collecting Liniers′ incredible comic strip. See if you can spot Cthulhu using Tinder, the birds in love with umbrellas, or any other of the predominantly wacky ideas Liniers seems to have by the thousand.

′Macanudo: Welcome to Elsewhere′ is available since October 25, 2022.

Featured image by Liniers, all images belong to Fantagraphics 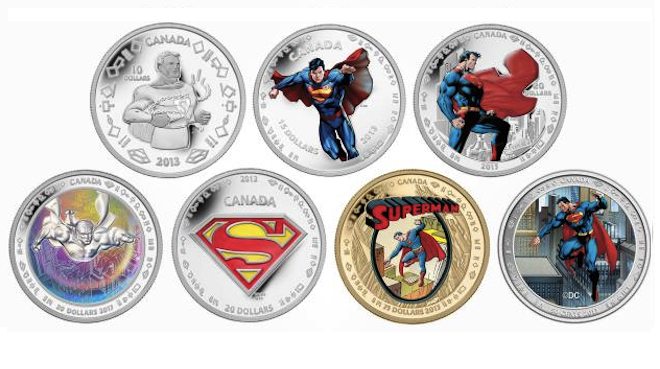 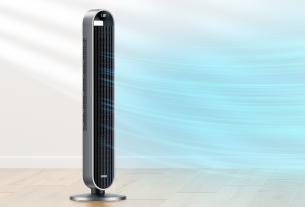 Stay Cool with the Pilot Max Tower Fan by Dreo