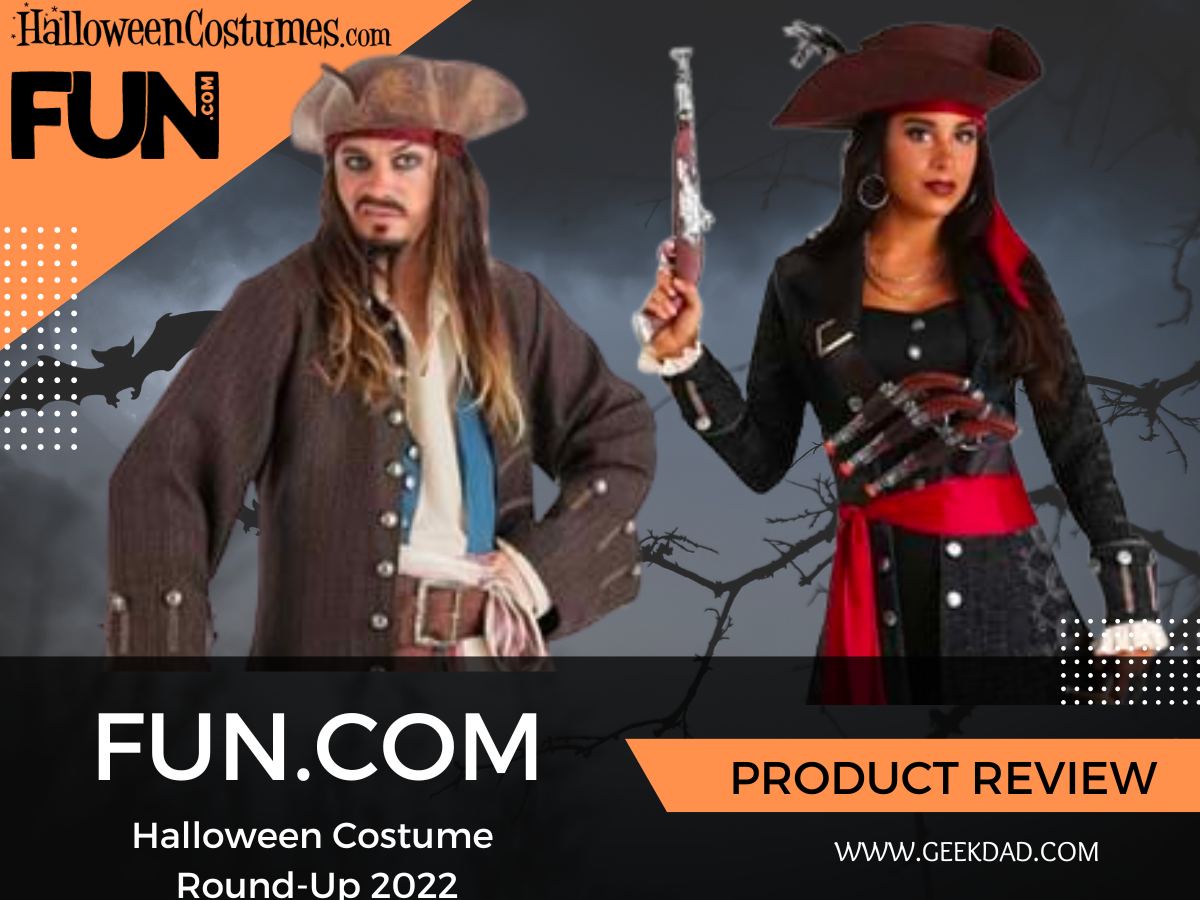 Get ready for tricks and treats this year with Fun.com’s wide range of costumes for all ages. I was given a chance to check out not one but two costumes this year and the quality is on par, if not superior to others I’ve checked out in the past. Let’s dive in.

A pirate’s life for us 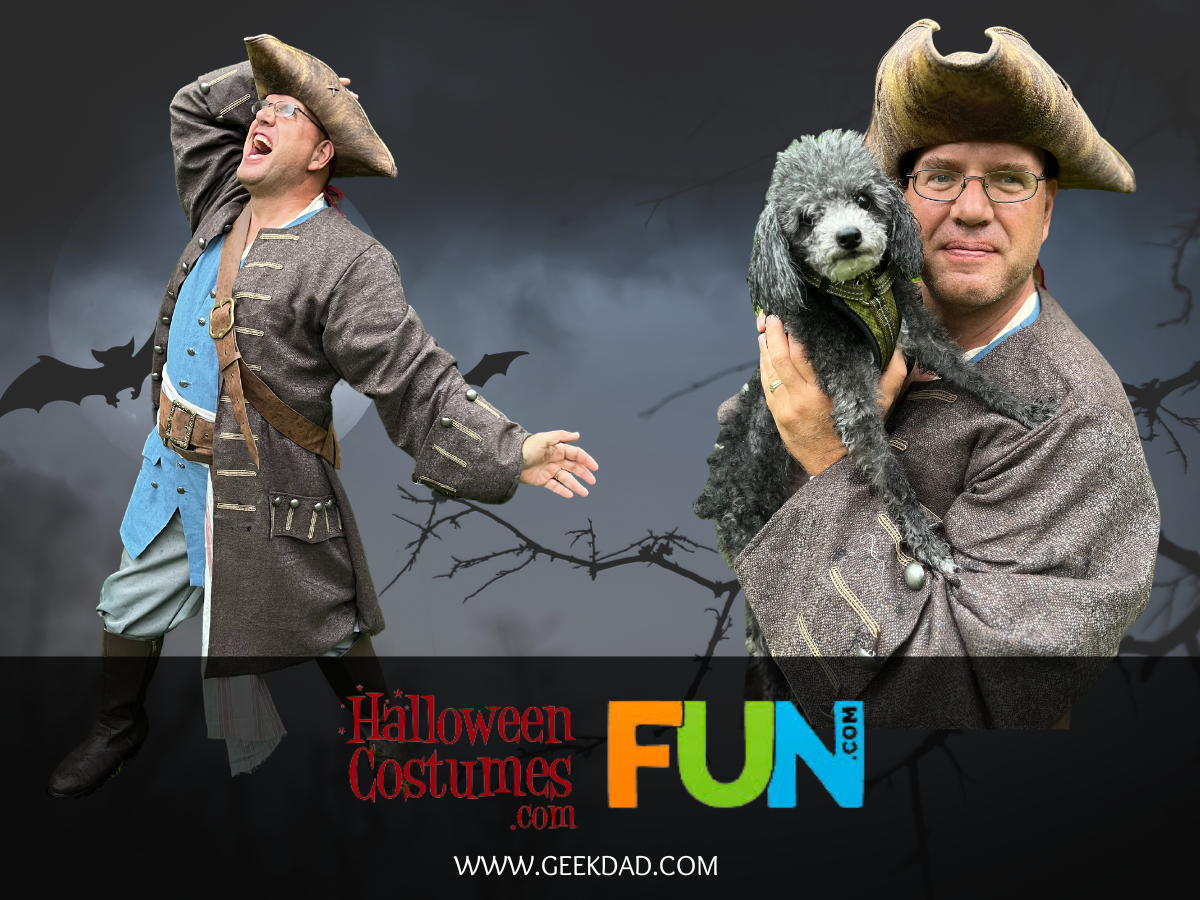 This year my husband and I were lucky enough to each check out a costume! We went with a pirate theme. This was a double win for us because we will be going on a Disney Cruise in 2023 and these will be great for the pirate night!

My husband’s costume was the Deluxe Jack Sparrow which retails for $135 and up (depending on your size) and came with:

My costume was the Fearless Pirate which retails starting at $79.99 (up to $89.99 depending on your size) and it came with: 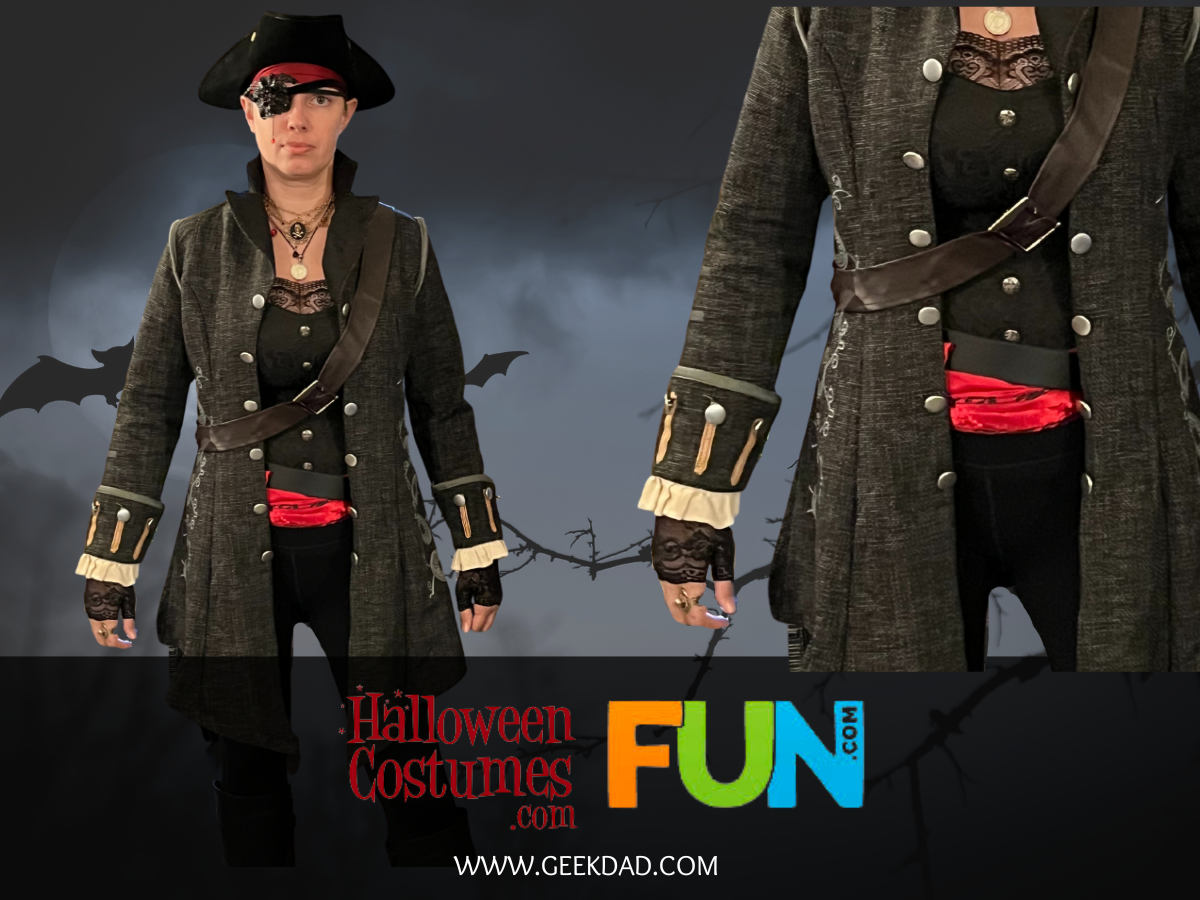 Both of us agree that these costumes a quite comfortable. So comfortable in fact, that we wore them to Mickey’s Not So Scary Halloween party at Walt Disney World.

Of the two of us, my husband was the best prepared right out of the bag. The only thing he needed was a pair of boots and thankfully, his Jedi boots worked out nicely.

For me, I added a few things I had around from other costumes to get the look I ended up with. The only things on this list that are a must would be pants and boots. The rest is “fluff.”

This section could be a post by itself, but I’ll try to keep it brief.

The jackets are my favorite part of these costumes. The quality is what I have come to know as a signature of Fun.com. I was not expecting something as well made or heavy as what I found these to be.

The corset for the Fearless Pirate is not stiff and is perfect for an evening out at a party or trick-or-treating with the family. I could move in it easily and it zips up in the back, which is a bonus for getting dressed.

The hat for the Deluxe Jack Sparrow costume is amazing. It’s sturdy but doesn’t feel like cardboard.

We only have a few things we would change, if given the chance. For the Deluxe Jack Sparrow, we would add pockets to the pants and sew the buttons on better. My husband lost (but thankfully found) at least 6 or 7 buttons while wearing it only three times.

In an ideal world, both jackets would have pockets to prevent you from carrying a bag with your wallet and phone.

Do these costumes sail the seas or walk the plank?

These costumes are a definite “sail the seas” for us. They come with 99% of everything you need and the parts you need; you likely have around your house already. I can’t get over the quality of the jacket (just make sure to reinforce those buttons!). In comparison to the other costumes I’ve checked out in the past, both the Deluxe Jack Sparrow and Fearless Pirate hold up to Fun.com’s reputation for quality.

If you are looking for quality costumes on a budget, check out Fun.com or their sister site, HalloweenCostumes.com. They have an impressive variety for all ages and tastes. You are sure to find one for your budget and taste. You need to hurry! Halloween is only two weeks away, so you must get your order in ASAP!

Disclaimer: GeekDad was given a review sample.