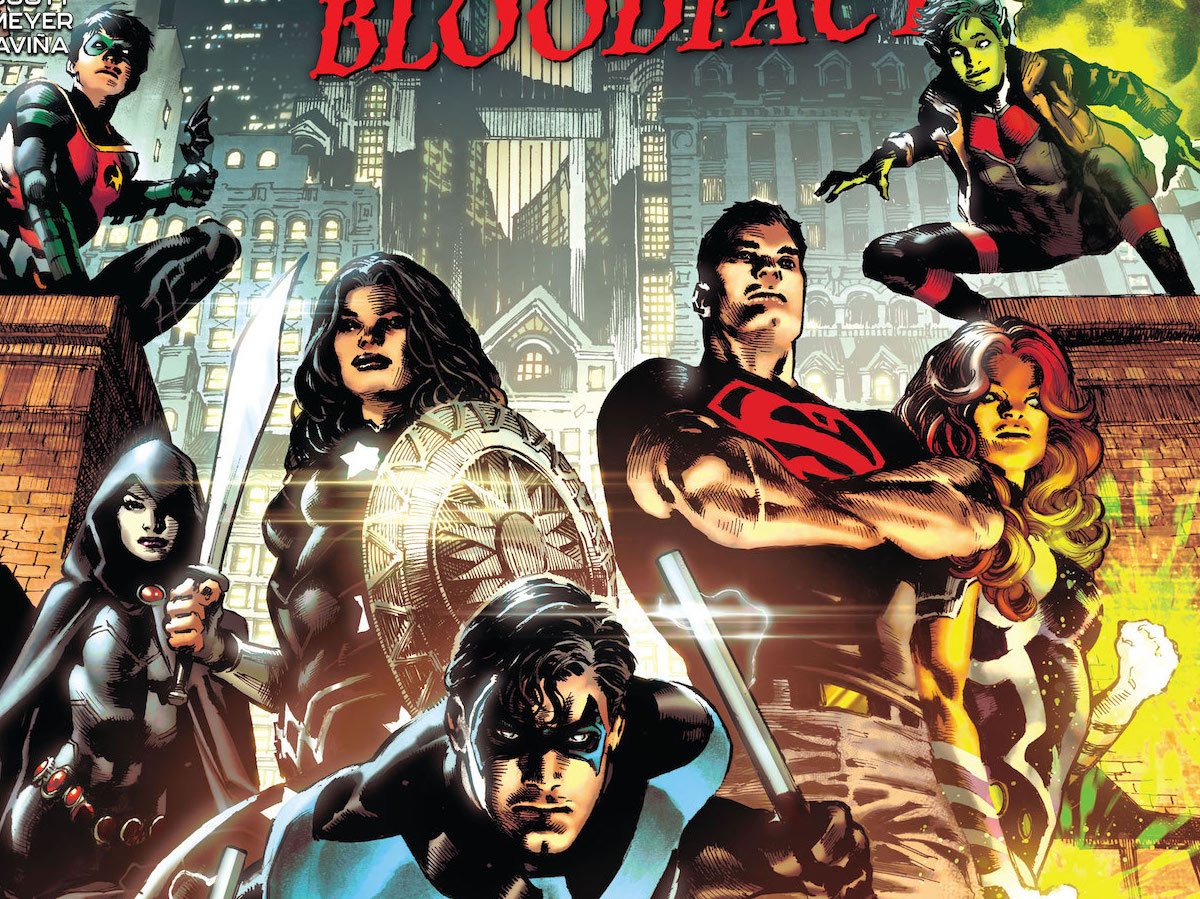 Ray: The first volume of this series was one of the oddest comics DC put out last year, a seemingly evergreen Teen Titans comic that featured a team akin to the one used in the controversial TV series—but not actually in that show’s continuity. It focused on a classic team of heroes, but with the addition of Superboy and Red Hood. Jason Todd is missing from volume two, but Tim Drake is here in his place for a story that promises to be bigger and more ambitious than the first. When we first open, we’re essentially following two different Tim Drakes, one Robin and one amnesiac civilian. How does this happen? It’s not clear, but it becomes clearer when we see the Titans battling an army of the Fearsome Five over some mythical artifact called the Bloodstone. Every hero is present—with the exception of Raven, who is MIA for some reason, and the Five seem to be fighting harder than they usually are.

The reason why, and the significance of the stone, becomes clear once Brother Blood shows up. Raven shows up not long afterwards, but her presence adds a new wrinkle to the story and causes some unintended consequences. This is a magical-themed comic, unlike the sci-fi bent of the first volume which had Blackfire as the main villain. That makes it more unpredictable, but it also makes it harder to figure out exactly where it’s going based off the first issue. The ending seems to imply something akin to a House of M situation, with the heroes being thrown into an alternate universe and Tim being the key to the whole thing. It’s an intriguing idea, but the problem is that with this book, it’s hard to understand where anything lands. What is an alternate universe when the main universe hasn’t even really been explored yet? This book is fine, but it hasn’t really found its footing yet to make us invest in its characters.