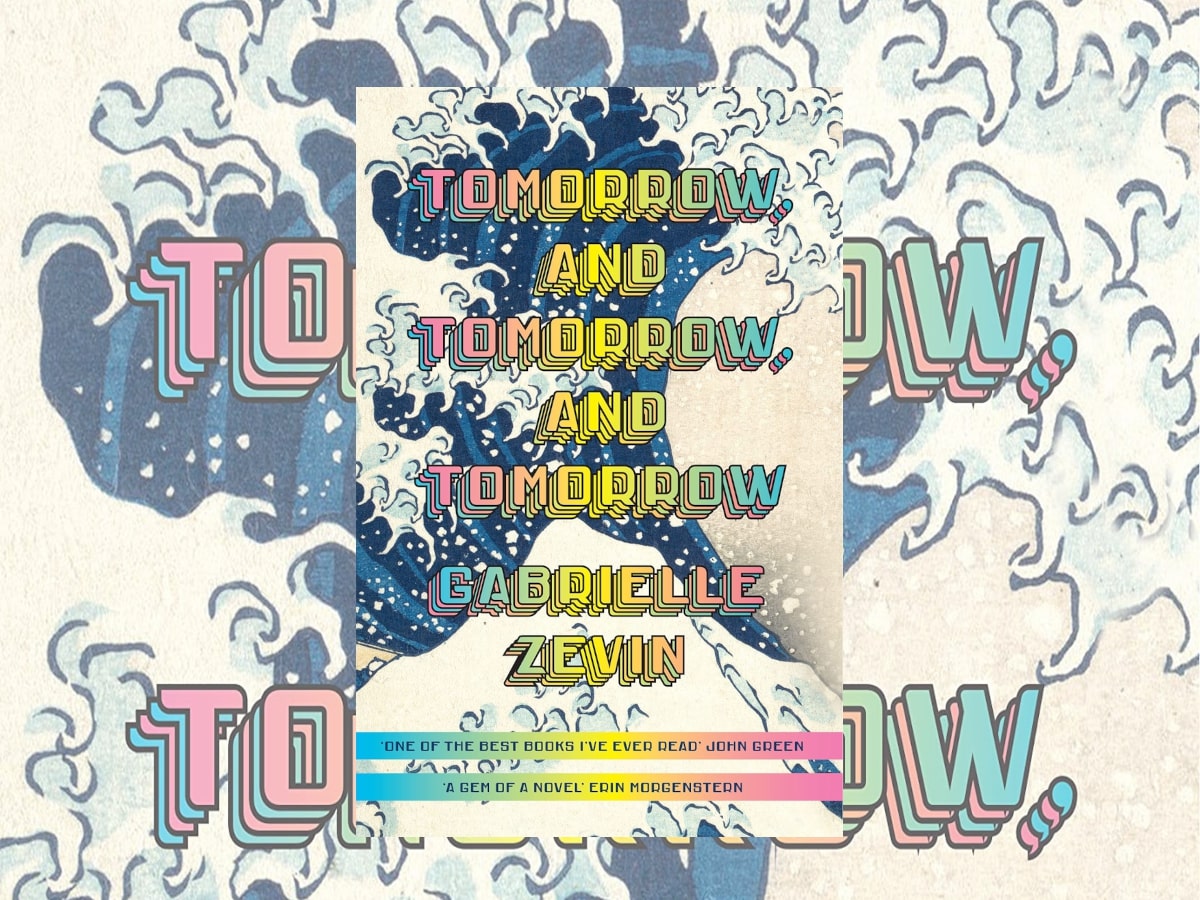 It’s been a strange week or so in the UK. The death of Queen Elizabeth II gives the sense that nothing will ever be the same again. Yet, at the same time, there is that oppressive feeling that everything will stay the same. A few days after the death of the Queen, I was reading Tomorrow and Tomorrow and Tomorrow by Gabrielle Zevin. It was late at night when I reached the book’s most tragic moment. Sat in the darkness of my bedroom, under the weak light of a lamp, I was struck by how the death of someone, whether we know them or not, is cause for reflection.

Tomorrow³, unsurprisingly, leans into the famous quote from Macbeth in which Macbeth meditates on the fleeting nature of life; the meaninglessness of existence without his wife by his side. In a week where thousands of people queue for many hours to spend but one minute in the company of the coffin of Her Majesty Queen Elizabeth II, “Tomorrow and Tomorrow and Tomorrow” feels like a soliloquy for a nation.

I would never have expected a book steeped in the history of computer games to provide an apposite observation of the national condition, but we do live in unprecedented times (again). The title takes on additional significance when placed against computer games. In our virtual worlds, death is not permanent, we get to try again. We can right the mistakes of our previous “lives.”

Tomorrow³ is a meditation on love and friendship. Once again the Queen comes to mind; “Grief is the price we pay for love,” a quote attributed to her in recent weeks. It could be an alternative title for this novel. This is a deep book with a huge heart. At that heart sits the friendship between Sam and Sadie. As the novel opens, Sadie is visiting her sister who is undergoing cancer treatment when she meets Sam, a car crash victim with a shattered foot. They find comfort in each other and in computer games.

The story picks up some years later after the two have been estranged. They rekindle their friendship and start designing computer games together. The rest becomes history.

The book runs parallel themes. It’s hard to conceive that a book ostensibly about something as frivolous as computer games, can produce such deep emotion. Hard to conceive, that is, if you’re from a generation that perceives computer games as a waste of time. Not art, just throwaway entertainment. This is certainly the way I was raised and I’ve found it hard to shake the idea that playing computer games is time badly spent. Whilst I no longer believe this on an intellectual level, I rarely use my spare time to play (video) games, which makes me wonder deep down whether I’ve been damaged by my parents’ preconceptions.

This is a love letter to the birth of games and the history of the genre. The novel opens in a pre-internet era. Sam and Sadie’s initial creations sit alongside Doom and other games from the early 1990s. Although I’ve never been a huge gamer, it was fun to put the fictional evolution of Sam and Sadie’s creations alongside the real-life timeline of gaming. These fictional games are seamlessly written into the fabric of gaming history.

Gabrielle Zevin explores the art of computer games and how they dovetail with real-life. She asks important questions about what games can do to enhance our experiences of the world; how they can give us insight into people and situations different from us. It examines whether games can be driving forces for change and what happens if the interface between the real and virtual worlds becomes problematic. What happens if the boundaries become blurred?

Good as the history of computing parts are, the novel comes alive thanks to its characters. Sam and Sadie are vivid and real; both have problems to overcome, and have demons real and imagined. The third character Marx, completes each of them in different ways, and provides a third point of view and set of drivers to push the story on in interesting ways.

I picked up Tomorrow and Tomorrow and Tomorrow on the back of a couple of reviews I’d seen on Twitter and I’m so glad I did. Parts of it are reminiscent of Ready Player One, though the two books are tonally unalike. If you’re interested in the history of gaming and the evolution of the design process, this book is well worth a look. Combine this with excellent characters that you grow to love and appreciate and you have a book that is not only very entertaining but has a deep emotional resonance too. Highly recommended.

If you enjoyed this review, check out my other book reviews, here.