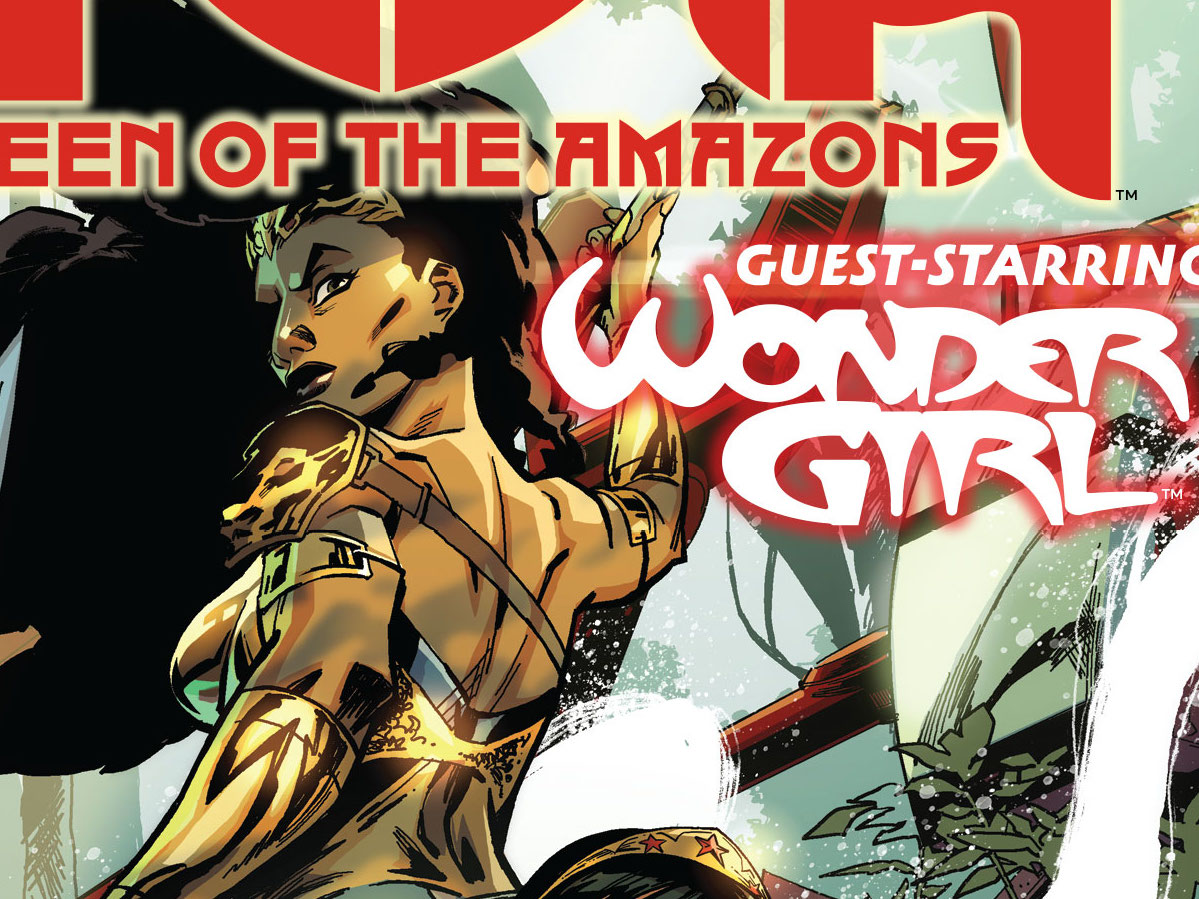 Ray: The pacing of this series has really held it back from fully exploring its new lead character, with much of her development happening in other series like Justice League. Despite that, this final issue finds its footing even if it has to rush some developments. A group of radicals from Naomi’s world has invaded, and they intend to kill her and claim this world as their own. An explosive but chaotic battle ensues, and Naomi gets a surprise assist from Akira, her late mother’s best friend who helps her unlock a new level of her powers. The battle takes up the majority of the issue, and then it’s mostly mopping up. I could have done without the Marvel-esque rejection of Naomi by her community, but I love the family unit the writers have built here. The story ends with Naomi starting a new adventure—but then ends with “The End.” If a volume three isn’t coming, that would be a disappointment, especially with the TV series ending prematurely as well. Hopefully we get a volume three before too long.

Ray: What’s better than one vigilante in New York? How about two? The arrival of Renee Montoya’s Question, of course, coincides with her interviewing for the job of police commissioner in New York. Whether she sticks around or not, her team-up with Jace has some interesting elements. She’s there to investigate the murder of Anarky, who died early in this series and his killer was a key player. However, given him being brought up again after this time, I wonder if all is what it appears to be. It wouldn’t be the first time a vigilante cheated death. Batman and Question investigate his accused killer—who claims he didn’t fire the fatal shot—as well as the collective of activists he worked with before unmasking a potential larger villain in NYC. It’s interesting, if a bit talky, but I continue to find the Fox family stuff the most interesting part of this book. This issue sees Tiff take a lead role as she struggles to find the right balance between wanting to help and inserting herself where she’s not needed. It’s a solid book, but the Dark Crisis tie-in might step up the plotting and pace a bit.

Ray: The main concept of this miniseries has been the slow unraveling of Nubia’s past life, as she regains memories and gets a new origin story in the process. We’ve seen bits and pieces of it, but it turns out that she’s not the only one from that era to remember things. As the Princess Zahavah, she was a beloved figure—until she fell in battle at the hands of a treacherous advisor. But no one took it harder than her protege Zillah, who has now returned as a grown warrior in the modern day—looking to claim the power to take back the kingdom in Madagascar and get her revenge. The two clearly have a lot of unresolved tension between them, and the fight scene this issue is epic, but that’s really all it is—a two-character play as they fight with characters like Yara Flor in the background. There’s some incredibly intriguing stuff going on here, but this issue doesn’t quite let it shine all the time.

Ray: This series is wrapping up in only two more issues, so things are picking up in a big way—with just about every character engaged in a massive fight scene. Jace Fox, who has played second-fiddle to the Bat-family drama for a few issues, gets a great segment where he reflects on his past as he goes up against a deranged Damian Wayne. Jason Todd provides much of the issue’s humor with his chaotic approach to fighting, and Dick Grayson descends further into insanity as Brane wreaks havoc on his mind. For a while, it seems like the Bats are going to be reunited as Bruce reaches Damian, but Hush’s machinations throw everything into flux again. With two different evil Batmen facing off at the end of the issue, it’s a recipe for tragedy—especially given how close these two were in other timelines. But there’s no question it’s an entertaining story as we head to the finish line.

Ray: Geoffrey Thorne had the challenging job of introducing us to a whole group of reinvented characters in this series, and while the first half of the series was a bit leisurely at times, this fourth issue makes up for it. As one key character has been arrested by the police, a motley crew of superheroes tries to become a team and rescue him. We get a little more insight into what actually created the Bang Babies—and why not all of them were at the protest where the gas was released. Then there’s Holocaust, who has been lurking in the background of this series since the very beginning. He makes his move in a big way this issue, as we see how he’s been exploiting the tragic situation of some of the less-lucky bang babies. He ends the issue with an explosive display of his power that raises the stakes massively, and sets us up for the heroes becoming a team in a trial by fire—pun intended. 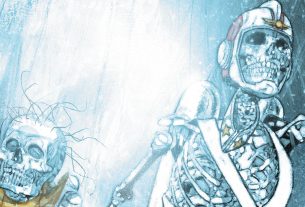 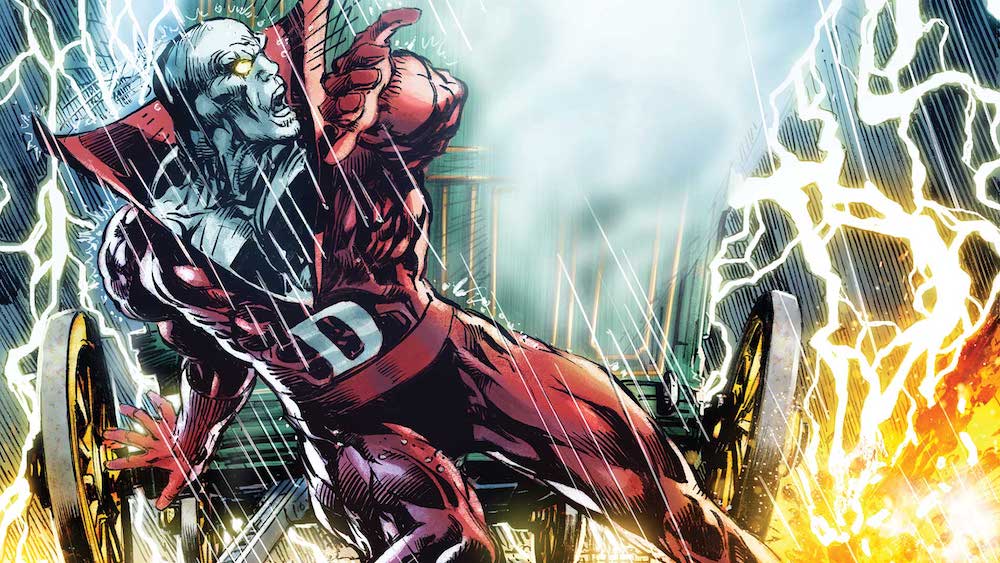