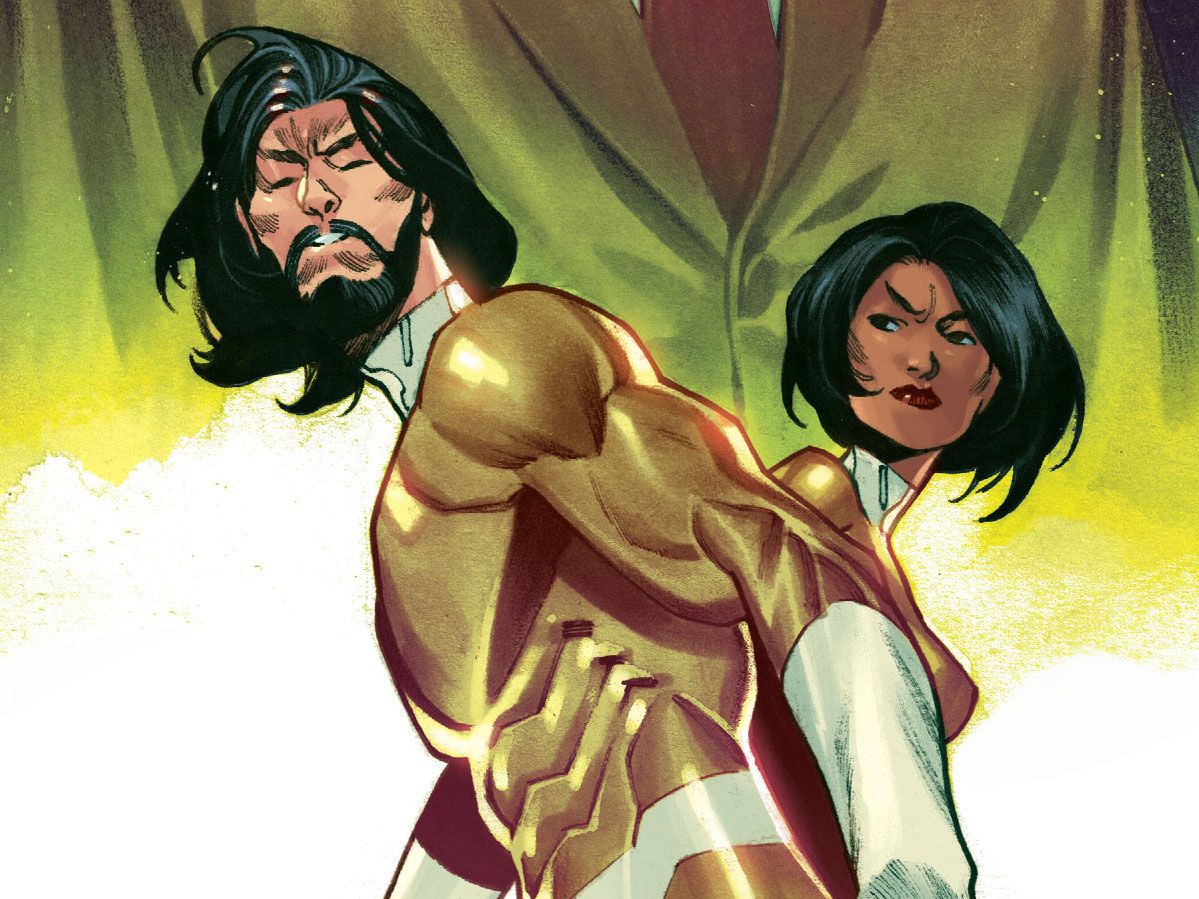 Ray: After Selina’s road trip and her dismantling of Black Mask’s empire, Selina is returning to Gotham—only to find out that the Gotham mobs have escalated in her absence. The opening segment is a particularly tense battle against human traffickers with the help of her sometimes-ally Valmont—and she’s starting to come around to his brutal tactics, it seems. Valmont is a fine character, charming and ruthless, but he seems a little too close in common DNA to the currently popular Ghost-Maker. The real high point of this issue is Selina’s frequent interactions with the Bat-family. This includes a tense joint crime-fighting mission with Tim Drake, a banter-filled engagement with the Batgirls, and a surprise encounter with an undercover Dick Grayson at a mob club. A lot of these stories sort of intersect with other Bat-titles, and the dialogue is great, although Selina’s story doesn’t seem to be progressing all that much since the end of the first arc of this run.

Ray: This series might be Brian Michael Bendis’ swan song at DC unless Naomi gets a third season, and it’s certainly ambitious, but I’m not sure that translates to a compelling story. Starting out with the Legion and Justice League both getting stuck in other timelines, we’ve now expanded to countless timelines throughout the history and future of DC. Some characters encounter Alan Scott in the WW2 era, others meet up with Batman Beyond in the future or go even further to encounter Kamandi, all the while members of the League try to persuade the United Planets to provide aid in the far future. This means this issue is mostly characters explaining one thing or another, before some more strange time shenanigans hit at the end—providing some truly unexpected visuals. It’s almost guaranteed that a title with this many characters to juggle will have a little trouble balancing its narrative.

Ray: The strange partnership of David and Kelly looked to be over last issue as Kelly disappeared into the void, and while of course she’s not gone, coming that close seems to have dramatically affected her. As David tries to work with a potential partner to create a new body for her, her desperation increases—and she discovers she can take control of the body if she pushes hard enough. So we have a role reversal this issue, but it doesn’t get to be explored for too long—because Kelly only has one thing in mind. The villain of this series, the mysterious Dr. Chung, finally takes center-stage this issue and his motivation is revealed—and it’s not what I expected at all. He gets to spend a little too much time monologuing this issue, and his various henchmen feel pretty generic, but there’s a strong central conflict in this series that I’m looking forward to seeing explored further.

Ray: Blood Syndicate has always been the most “grounded” superhero team around, and that definitely continues with this reinvention. While this issue does introduce a host of new major players like the fan-favorite Aquamaria, adding more of a superhero vibe to the events, the characters still spend most of their time running around the sewers and evading the police and ganglords. We’re halfway through, and it doesn’t seem like there’s a larger-scale conflict at play that will bring in the bigger players from the Milestone Universe. That can be a positive and a negative, as it allows for a focus on the characters. The opening segment is the strongest, focusing on Sara’s strange dream segment complete with some stunning mesoamerican-inspired characters, but by the end of the issue we’re mostly in the same place with main villain Holocaust still lurking in the background.