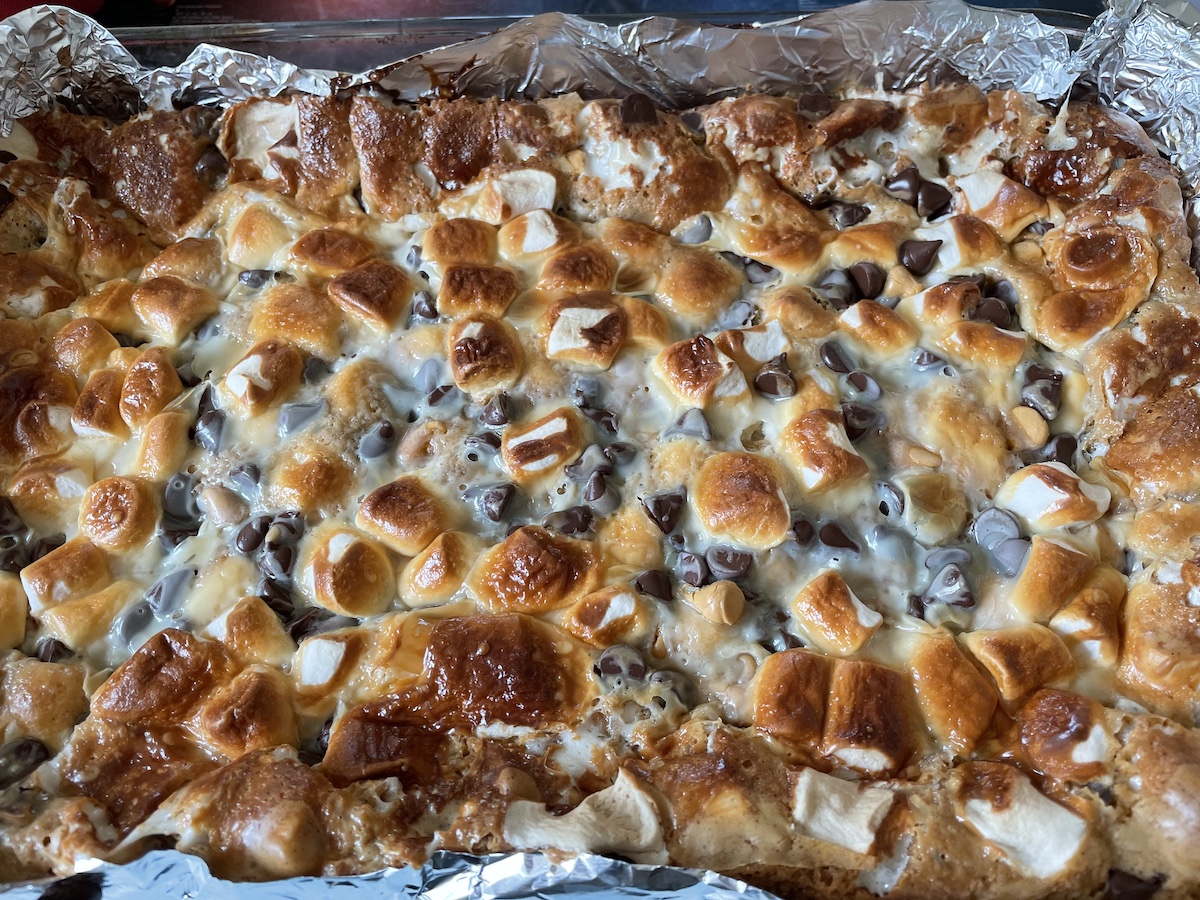 Mallowmelt, from the Keeper of the Lost Cities series, is a thin, blondie-esque cookie topped with a stunningly sweet blanket of marshmallows, butterscotch, chocolate, and sweetened condensed milk. Unicorn Poop cookies, as suggested by Dana Simpson in one of her Phoebe and Her Unicorn books, are sugar cookies with food coloring and crunchy rainbow sprinkles. The spanokopita recipe in Thrones and Bones: Skyborn is written as if it’s written by the dwarf king in the book, so includes steps such as “finely slice the spinach with your axe” and “now go off and do kingly things for 10-15 minutes.” And, of course, Edward sells out his brother and sisters to the White Witch for some Turkish Delight in The Lion, The Witch, and the Wardrobe.

Food in children’s books is just as evocative as in adult books. But for whatever reason, I tend to find more recipes in kid’s books than in their adult equivalents. Maybe I’m just reading the wrong books!

I love to cook, but I’ve long avoided cookbooks themed around some imaginary world. You won’t find a Star Wars or Harry Potter cookbook on my shelves. However, stick a recipe in the appendix of a children’s book (or on the author’s website), and I’ll happily make it with my daughter. I guess I feel like it’s a stronger connection to that particular book and those characters.

We’ve found some fun recipes this way, and when they’re cooked, the whole family gets to enjoy them and discuss the book. Our daughter enjoys the process, the dessert-y items, and reliving moments from the books. As a bonus, the published recipes usually make more than our family of 3 could eat in a reasonable time, so we get to practice fraction math when cooking.