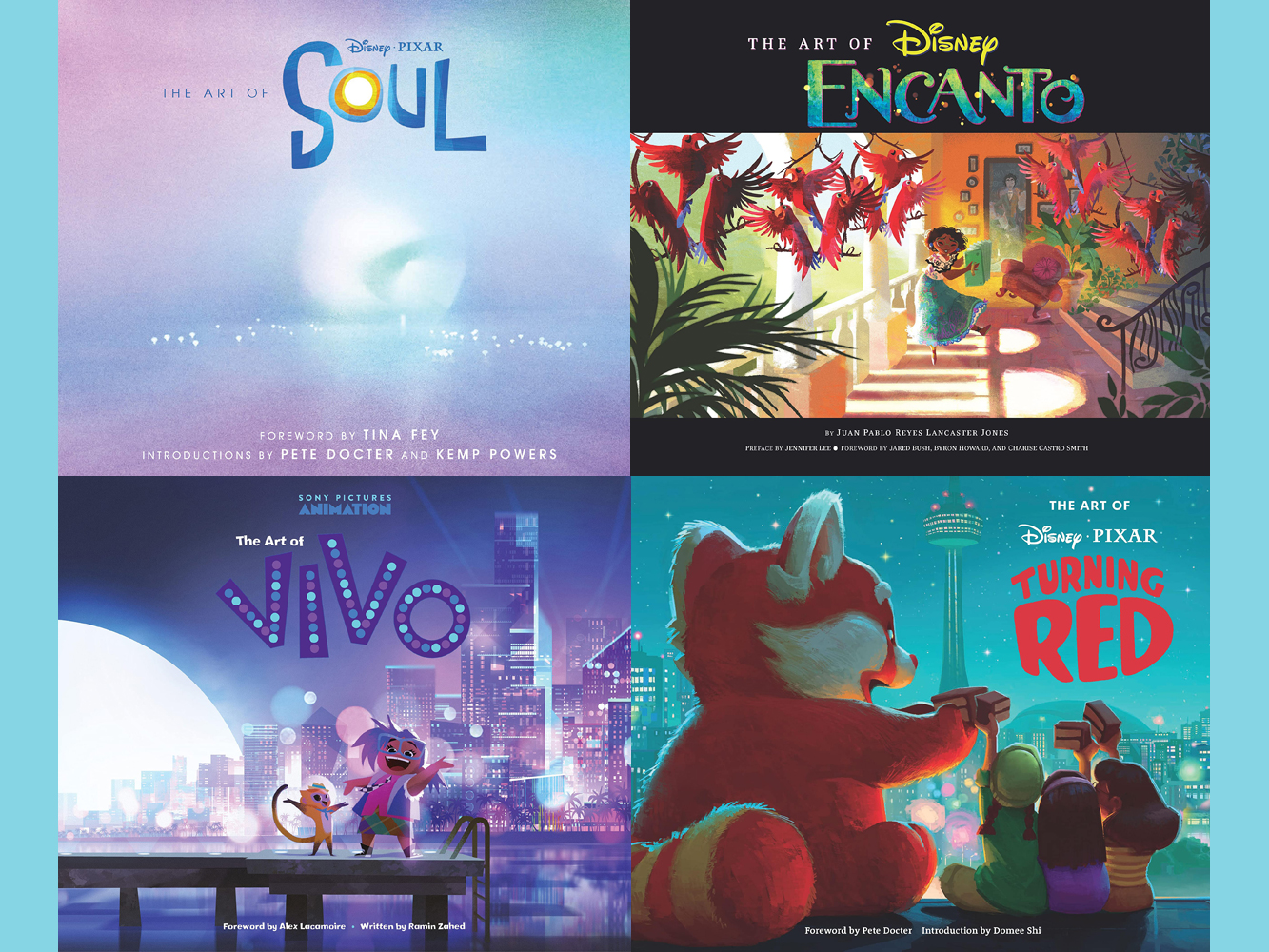 This past weekend, my family and I sat down and watched Turning Red, the latest Pixar animated film, and really enjoyed it. It’s a fun throwback to 2002, when boy bands were huge, and it’s a funny story about a teenage girl who’s starting to realize that what she wants isn’t always the same as what her mom wants for her—oh, and when her emotions are strong, she turns into a huge red panda. And, of course, being a Pixar film, there are moments that will probably make you cry, particularly if you have kids of your own.

So, I’ll kick off today’s column with an art book about Turning Red, and then share a few other art books that I’ve enjoyed recently. 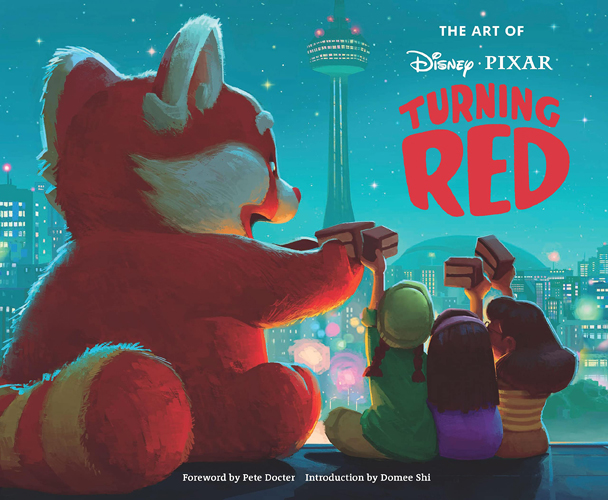 The Art of Turning Red from Chronicle Books

First, just a note about the credits: sometimes these books don’t actually have an author listed on the cover (or even the copyright page): this one includes a foreword by Pete Docter (Chief Creative Officer), an introduction by the director Domee Shi, and acknowledgements by producer Lindsey Collins. The book itself contains artwork and quotes from a host of artists, but doesn’t have any longer format text.

The Art of Turning Red includes character design illustrations for many of the characters in the film, particularly Mei Lin and her mother Ming—including earlier concepts that don’t really look the way Mei turned out. We’re treated to concept art of the various locations, too: Mei’s bedroom, the temple, the middle school, and the city itself. (The story takes place in Toronto.) There are storyboard sequences, where we can see how certain scenes were plotted out, along with stills depicting various scenes in different styles.

One of the best bits is found in the center of the book: an inserted replica of Mei’s math notebook, containing a bit of homework and then the various doodles that eventually precipitate Mei’s transformation … though I won’t spoil that for those of you who haven’t seen the movie. That’s one thing to note about this book: it does include spoilers for some of the surprises in the film, so I wouldn’t suggest flipping through it until after you’ve watched the movie. It also does include artwork of scenes that didn’t make the final cut—a treat if you’ve watched it but still potentially giving away some plot points if you haven’t.

Although I liked seeing all the images of what went into the making of Turning Red, I always prefer to have a little more written explanation of what we’re looking at, or learning some details about the process. There are short blurbs from various people about the images you see in the book, but there’s a lot that’s left unexplained, like images of scenes that didn’t happen—why were they cut? What was the idea behind them? It’s an enjoyable book to flip through but left me a bit hungry for more. 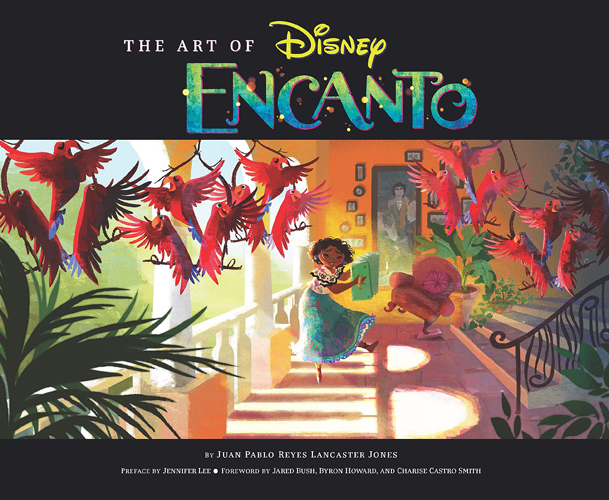 The Art of Encanto by Juan Pablo Reyes Lancaster Jones

Another film our family watched back in December was Disney’s Encanto, and our youngest daughter has had the soundtrack playing on heavy rotation ever since—including listening to “Under Pressure” and “We Don’t Talk About Bruno” in every language available. The songs, written by Lin-Manuel Miranda, are fast-paced and catchy. This art book dives into the look of the film, and is filled with details, both about things that you see in the finished film and things that were changed or cut. For instance, each of the Madrigals has a particular color palette, and the colors are used to group the various families together visually, with the townspeople in more neutral colors so that the Madrigals stand out. You get to see some of the various gifts that the filmmakers considered for the family, like a girl named Fuega who has a fire-based talent.

I also like seeing details about the house itself, which is as alive as the people: there are notes about what types of movement the house is capable of, and a series of illustrations showing the house evolving over time (because the story originally took place over a 100-year span). In the character design sections, we get to see how each character’s costume incorporates particular symbols or shapes—like Luisa’s dress has barbells on it, and Camilo’s poncho has chameleons.

This book does include images from throughout the movie, but it doesn’t explicitly spell out the plot, so it doesn’t have actual spoilers. Every animated film involves a lot of research and design, and this book really highlights the care that went into the making of Encanto, from the costumes to the landscape to the people, so it’s a joy to explore. 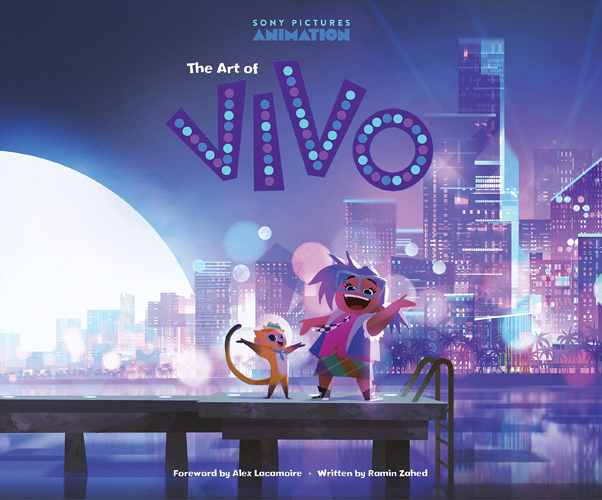 The Art of Vivo by Ramin Zahed

I actually haven’t watched Vivo, which came out sometime last fall—somehow I just missed it, so I’ll have to catch up at some point in the future. It’s from Sony Pictures Animation, and also features songs by Lin-Manuel Miranda. The story focuses on a kinkajou named Vivo who is befriended by an old musician named Andrés in Cuba; eventually Vivo makes a journey to Miami with a little girl named Gabi to deliver Andrés’ song to Marta, a singer he had performed with many years ago but to whom he had never confessed his love.

The movie takes place in four primary locations: Havana, Key West, the Everglades, and Miami, and there’s a section of the book for each, talking about what sorts of features the filmmakers highlighted for each location. One of the things they stressed was the fact that they played a lot with the animation styles so that things were not photo-realistic, and instead incorporated abstract shapes, 2D animation, and more, especially in the song sequences that act as windows into a character’s mind.

The artwork in the book is really gorgeous and makes me want to see the film (though I have had some of the major plot points spoiled). One of the other features of the book is that there are sections that focus on many of the songs in the movie, explaining the ideas behind the types of animation used for them. There’s even a section about a song that was ultimately cut from the film.

The one thing I found a little funny and self-congratulatory, though, was the way that so many of the people involved in Vivo proclaim how unique it is—for instance, for being an animated musical. Now, it may be that it’s Sony’s first animated musical, but that’s obviously not a new concept. Even the idea of incorporating non-photo-realistic animation styles to represent music isn’t unheard of, as evidenced by the next film book in this list. That said, I did appreciate the amount of text in this book explaining what I was seeing. 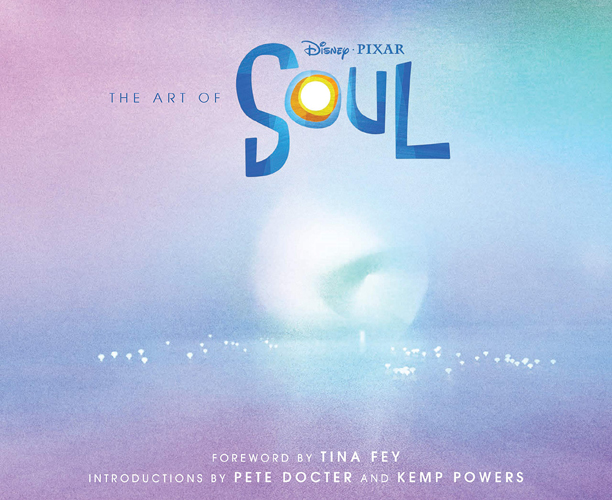 The Art of Soul from Chronicle Books

Like The Art of Turning Red, this book also doesn’t have as much in the way of essays or text, sticking mostly with short blurbs from various people involved in the film. There’s a foreword from Tina Fey (who voices the character 22), and introductions by Pete Docter and co-director/screenwriter Kemp Powers.

Soul came out in 2020 (it doesn’t feel like that long ago, but pandemic time is weird!) and it’s about Joe Gardner, a middle school music teacher who finally gets a break: he’s going to perform in a jazz band with Dorothea Williams. But then, he dies. Whoops. He ends up in an in-between place, the world of souls who are preparing to enter life on earth, and is stuck mentoring 22, a soul who really has no interest in being alive anyway. They have to work together to get Joe back into his body, even as they both learn some lessons about what it means to be alive.

This book is filled with concept art, both things that look similar to the finished movie and things that changed significantly or didn’t appear at all. There are a lot of sketches and illustrations of the souls as they tried to pin down exactly what they looked like, and some cool wire sculptures for the design of the Counselors, who look a bit like line drawings. The movie takes place in a variety of locations: New York in the material world, and then various otherworldly spaces like the Astral Plane and the Zone and the conveyor belt to the Great Beyond. We get to see some of the thought process that went into these spaces and particularly how the imagined spaces evolved visually. However, there’s not a lot of text beyond the foreword and introductions, so you won’t have a lot of help interpreting most of it. It’s another peek into a visually stunning movie, with a strong focus on the images and not so much on the text.

I’ve got a few other “Art of” books in my pile that I still haven’t gotten to yet, so stay tuned for more in the future! In the meantime, I’ve been reading In the Serpent’s Wake by Rachel Hartman and am really enjoying it, so more on that soon as well.

Disclosure: I received review copies of these titles. Affiliate links to Bookshop.org help support my writing and independent booksellers! 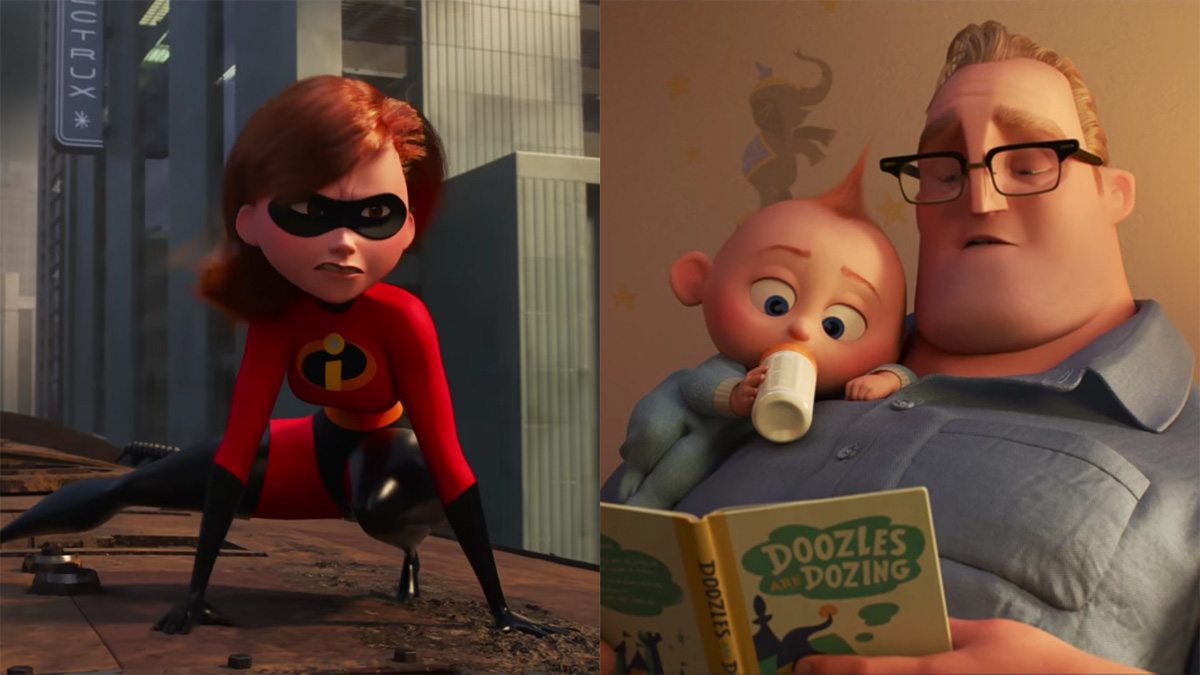