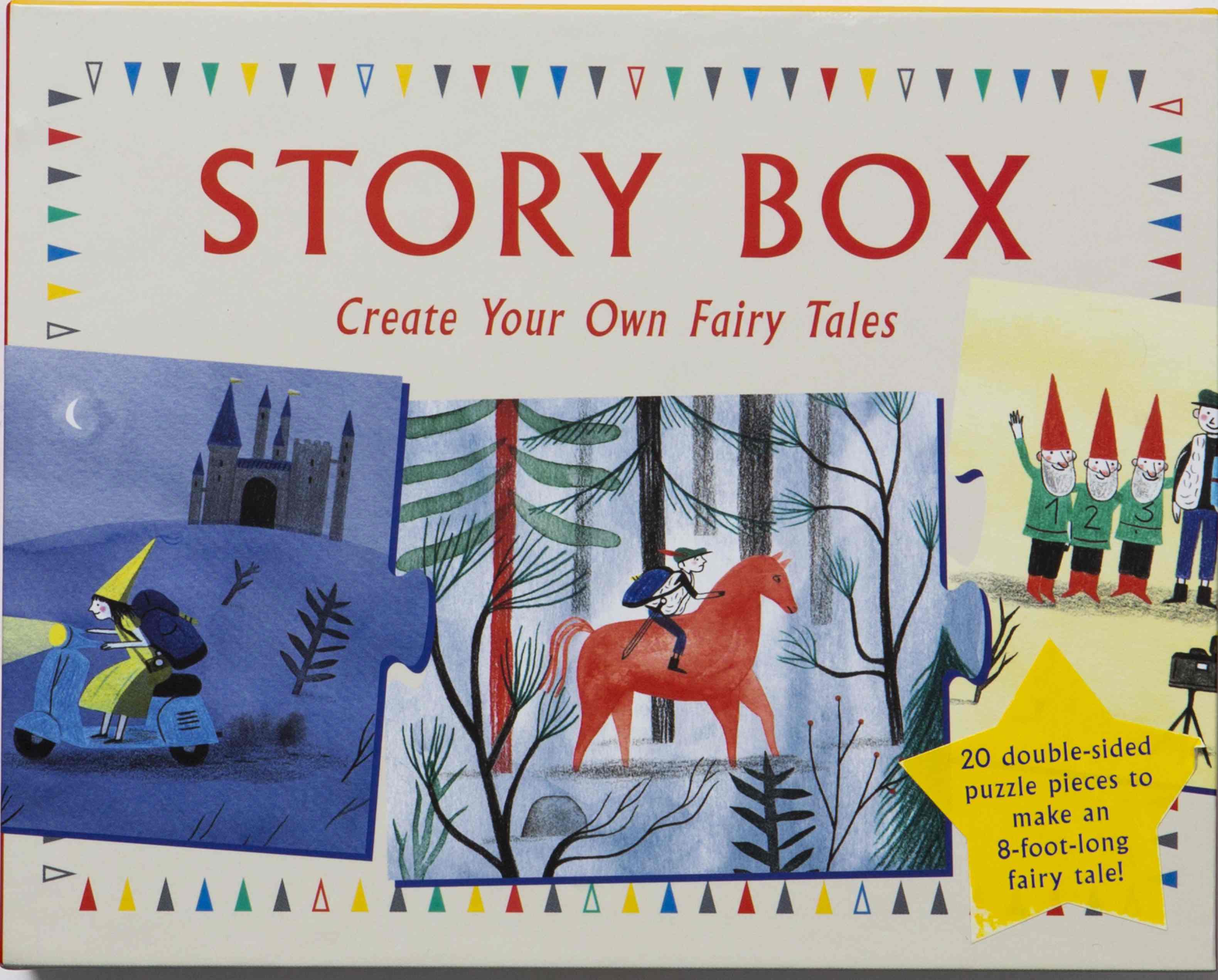 Towards the end of 2015, a new phenomenon entered our household. We have always read lots of stories together, but suddenly my children were filled with a desire to tell stories too. It has been a pleasure and delight to gather together at the end of a wearing, fractious day, and unwind collectively creating a story. A story, which for reasons I’ve long since forgotten, usually involves an elephant called Bill.

This new found passion for creating stories of our own has been aided an abetted by some lovely products from publisher Laurence King.

First up is coloring book, come crazy ideas generator, My Crazy Inventions Sketchbook. This inventions handbook is filled of partially complete pictures, and springboards to inspire creativity. Being a sketchbook, its primary medium is pen and pencil, but by looking over my son’s shoulder, I was able to ask him questions about why his invention did what it did, why it looked like it did, and how exactly does it do what it was supposed to do. Soon we were creating stories about his inventions and how they were going to save the world.

The next product we used in our storytelling odyssey were some Pirate Adventure Dice. These are essentially the same as Rory’s Story Cubes, but themed around ocean going freebooters.

If you haven’t used story dice before, the pictures on them provide a framework upon which to hang your story. Each of Laurence King’s sets come with nine dice, eight of which you roll, giving a total of 48 different pictures with which to construct your story. The pirate pictures include things like a treasure chest, a mermaid, and a message in a bottle

The ninth die is the “superhero” die, which is rolled when one of the special superhero swirls comes up on one of the original eight dice. This die is then rolled to generate a superpower for one of the eight pictures you’ve already generated. This could lead to a super-strong mermaid, a talking message, or time-travelling treasure.

The pirate dice were a huge hit in our house. We can quickly create collective stories, and easily fit two or three rounds into the bedtime routine. They proved so popular that over the holidays Santa Claus left us two more sets; Space Travel and Magic & Fairy Tale. So now we can add enchanted mirrors, giant computers, and even the Statue of Liberty buried in sand.

We also have the much raved about Rory’s Batman Story Cubes (these featured in GeekDad’s Holiday Gift Guide and Tabletop Games of the Year). These are great, particularly if you like the setting, but my seven year old prefers the Laurence King dice. The concepts depicted on the pictures are easier for him to get a handle on, and, as  a result, he finds it easier to think up story links.

There are a couple of other small reasons why I prefer Laurence King’s dice to Rory’s cubes. They’re large, and made of them wood, making for a more pleasing tactile experience, especially for small hands. Similarly the tough, brushed cardboard, boxes have a nicer look and feel to the plain black plastic that the Batman cubes come in. The instructions, and more importantly, picture descriptions, all fit inside their boxes, whereas the Batman sheet doesn’t, making it much more likely it will get lost.

The final stop on our storytelling journey is the new Story Box: Create Your Own Fairy Tale.

This requires more space than the story dice, but it’s a wonder to behold. Twenty beautifully illustrated cards that depict scenes inspired from traditional fairy stories. The cards fit together like jigsaw pieces and are double sided, so can be combined together in myriad ways. All laid out together they make a story 8ft in length.

The story building isn’t quite so intuitive as it is with the dice. If you draw pieces randomly there are sometimes some mental leaps required, in order to tell a coherent story (for example if the wolf capturing the dwarf card, comes out after the dwarf being rescued card). There is of course nothing stopping you breaking the story in the middle and adding a bit in.

Indeed in doing so, lies the Story Box’s power, by altering the story up the chain, we found that our children liked to change what was happening further down, giving several different narratives during a single session. The story that evolved was also more collaborative than those generated by the story dice, as the boys discussed what they thought was going to happen.

The jigsaw pieces are made from strong card, and the illustrations very pleasing. They have really captured the imagination of my three year old. He loves putting the pieces together to make a “story train” and he’s really taken to two or three of the cards and likes to explain what’s going on with them.

Because the pieces are uniform, it’s easy to see new Story Boxes adding further adventures and settings. Fairy Tales, Pirates and Space Travel could easily be incorporated. Beyond that I’d love to see branded versions of the concept, as is common with popular board/card games. Marvel, DC and Star Wars editions would surely be popular; you could create your own spoilers.

My experiences with the Story Box have been magical, with all five of us working together to create something special. The older ones have even learned the rudiments of how stories are constructed; beginning, middle, and end, and the best time to introduce peril. One fun exercise we enjoyed was telling a story backwards. It’s surprisingly hilarious.

I’ve have been thrilled by this new found enthusiasm my children have for storytelling. Their new passion has been enhanced and encouraged by these excellent products from Laurence King.

The Pirate Dice, Inventions Sketchbook, and the Story Box were all sent to me by the publisher for review. The Space Travel and Fariy Tale dice were provided by Santa Claus on 12.25.2015

A Google-a-Day Puzzle for September 11