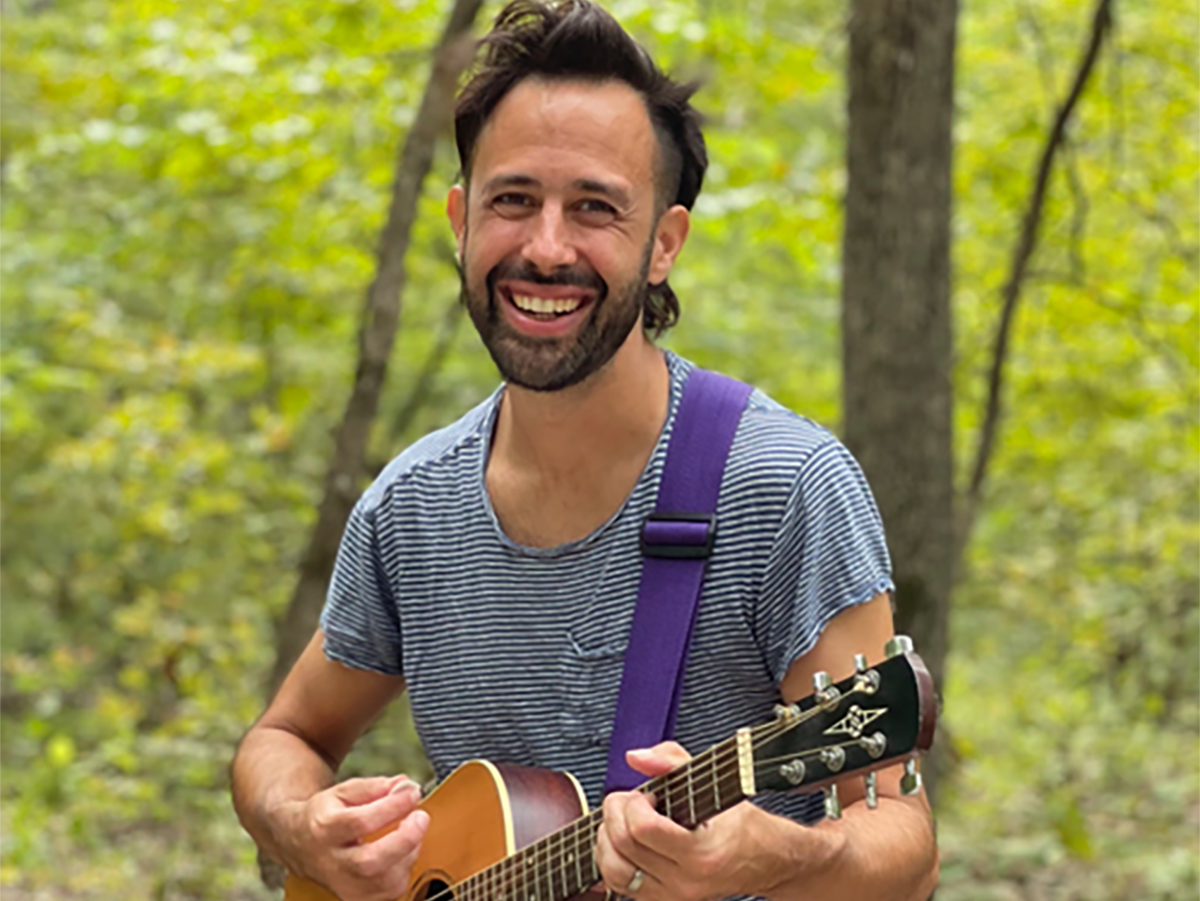 What if you wanted to produce your first children’s music release but were unable to coordinate with your producer in person? FIRE DOG frontman Mark Pagano and über producer Dean Jones decided to tackle the pandemic-related issue head-on, producing Mark’s debut Mammal Music, a kids CD under the monicker Marko Polo, entirely remote.

The duo heated up the wi-fi between St. Louis and upstate New York, where Mark and Dean live, respectively. The 10 tracks on Mammal Music are mostly acoustic with a variety of keyboards and horns augmenting the subjects, such as “Heart Muscle” and “Big Brains.”

You can definitely hear the “Dean Jones” influence in the often-silly but well-polished tracks. For instance, Mark extols the strange noises made by worms (!) on “New Sound,” featuring what must be a theremin. A running theme on Mammal Music is self-empowerment (“Be Brave” and “Planet Earth”) and that’s become more common as children witness other segments of the population stand up for their rights (think “Kids Lives Matter”). Mammal Music marks Mark’s gentle entry into children’s music, and he’s prepared to entertain families and other mammals with his songs.

Mammal Music is available on March 21 from Mark’s website and Bandcamp.

Here is the video for Mark’s song “Mammal Music”:

Our country is at an interesting crossroads. The word “rainbow” has become a polarizing term when applied to social activism. However, in the realm of children’s music, rainbows are still the go-to for teaching the interdependency of colors and emotions. Kelli Welli invited a host of other artists to perform guest vocals on “Rainbow Love Song” from her upcoming Robots Don’t Tell Jokes release (from 8 Lb Gorilla Records):

If all of the colors of the rainbow were my love for you
Together we’d be purple and apart I would be blue
We’d have happiness in yellow
And our kindness would be green
Darling, you are everything to me