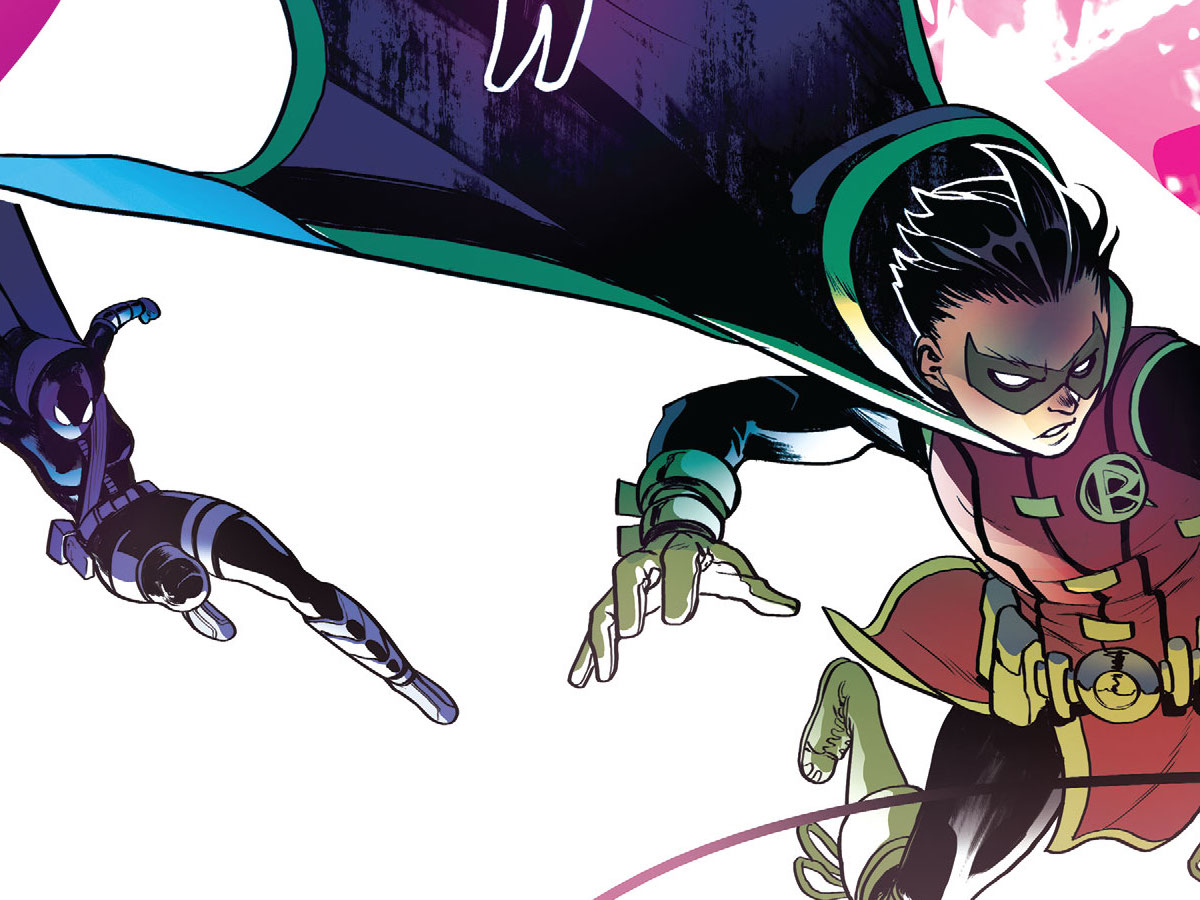 Ray: Few comics have arrived with as much pre-release attention as Robins #1. The winner of the DC Round Robin tournament, it was plagued by online fights over the voting process and many social media debates over whether the Bat-characters needed another book. Working in its favor? Fan favorite writer Tim Seeley and the presence of Stephanie Brown being officially recognized as Robin. But after all that, we still have a comic to read, and DC Universe fans apparently get this one a month early. Reaction was mixed, with many eagle-eyed fans pointing out some inconsistencies in many of the Robins’ backstories. But really, this is referencing stories from 1-3 reboots ago, so do we really know what’s canon?

The story kicks off with Nightwing, Red Hood, Red Robin, Spoiler, and Robin tracking down a group of acolytes of Anarky who are pulling off terror attacks to honor their late “leader,” supposedly killed off in I Am Batman. This is mostly a way to introduce us to the characters’ dynamic as a team, which mostly consists of the younger members bickering and Dick trying to keep Jason from killing anyone. From there, they retreat to Dick’s apartment for a conversation about the legacy of Robin and whether Bruce bringing them into his circle was a good thing. This is also a way to remind us of the origins of the various Robins, with some, like Steph, not having been referenced in a very long time.

These scenes caused some controversy, particularly Jason’s, but I think that’s kind of the point. Jason is a wild card and he says things to shock and outrage. His characterization here is often funny, but it also feels like he’s outgrown the shock-jock vibe by now. The bigger controversy, to me, is the wild reveal at the end. A mysterious man shows up at the Robins’ nest with ties to Dick, and we learn that all the first villains the Robins ever faced (in this continuity) are out and coming for them. The culprit is a new character, one whose last line will send shockwaves through the DCU if she’s telling the truth. This issue is kind of messy, but in the way a family reunion often is. It has enough good going for it, but it’s coming one week after an iconic kickoff to a new Robin origin story. Rough timing for the creators and the fans who voted for it.