Ray: The evil partnership of Lex Luthor and Brainiac is a DC tradition going back to the Silver Age and culminating with the twisted version in Alan Moore’s classic “Whatever Happened to the Man of Tomorrow?”. Now, James Tynion IV reinvents that partnership for the modern age in the excellent villain-focused, Justice League #18. The story pulls back the curtain on another unlikely partnership. As the issue opens, Luthor and Brainiac are mind-melding to seek answers on how to awaken Perpetua. But Brainiac is not to be trusted as always, and as soon as he’s inside Luthor’s head he expresses his desire for revenge over his fate in Justice League: No Justice and plans to take over Luthor’s brain permanently – turning Luthor into a mindless husk to serve his purposes. But Luthor’s not easy prey, and he has his own fail-safes in the works. But first, he makes an attempt to broker a peace with Brainiac by heading into the past.

Last issue’s focus on Luthor and Martian Manhunter was easily the best issue of the series, and this installment expands on that. The reveal that Lionel Luthor was a major player in the early days of the DCU doesn’t square with what we’ve seen before – Luthor’s always talked about his father as a shiftless drunk who hated his kids for being smarter than him. This issue bridges that gap, revealing Lionel was a secret ally of Vandal Savage and helped him unravel the mysteries of the Totality. But making deals with villains rarely works out, and Lionel was eventually betrayed and left the broken man that his son knew. These two issues have gone an enormous way towards making Snyder and Tynion’s Luthor a fully fleshed-out antagonist, as compelling as the heroes, and their take on Brainiac is genuinely menacing. There’s a lot of plot going on here, but it wouldn’t work half as well without how compelling the characters are.

Corrina: This is a lot of backstory to take in.

By contrast, Martian Manhunter finally remembering his time as Lionel Luthor’s captive was subtle and effective. This, though, is a huge amount to absorb. It’s done as effectively as possible, given the circumstances, but it still boils down to an issue of Luthor saying “Well, as you know, Brainiac, this is…”

Part of this may be my problem with the Totality/Perpetua as the McGuffin of this Justice League series, those being amorphous concepts that take a lot of metaphysical terms to explain. Manhunter uncovering his past had emotional resonance. This backstory is to move the plot forward, so it read differently to me. I know the run is going for something universe-saving with all these concepts but, as it is, the issue still left me uncertain of what all those words Luthor spouted to Brainiac mean. That’s deliberate, to keep suspense, but it ends up confusing me.

The art, however, has some great moments, from Grodd with the baby sling, to Vandal Savage’s many incarnations, and to Luthor screaming with all the nodes in his head. 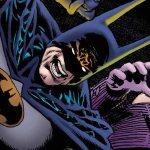 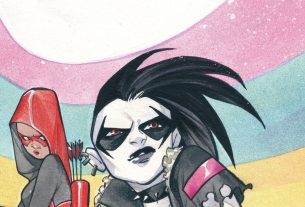