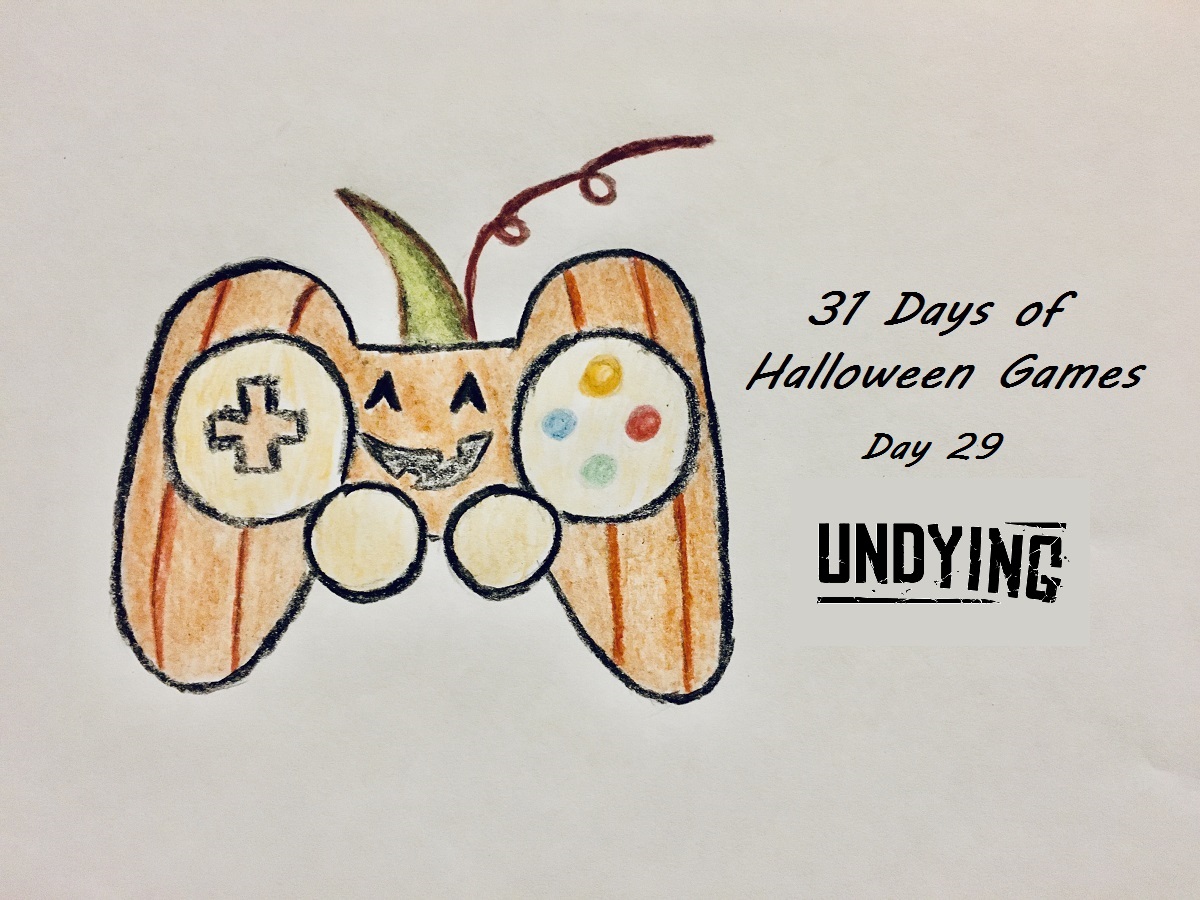 I’m gonna be straight with you. Today’s game is going to mess you up. Big time. There’s no coming back from it. Sure, there are zombies and life/death scenarios, so it fits perfectly in our Halloween theme. However, it also preys on one of the most fundamental fears of every parent: preparing our kids, even our youngest ones, to survive after we die in the very near future. The game is Undying and the bad news is you’ve already lost. Are you ready for Day 29 of our Halloween Game reviews?

There’s no better way to put it: Undying is a kick right to your guts. It is a zombie survival simulation game that feels like it’s already finished with you. It opens with a mother (Anling) and son (Cody) who have escaped to a refugee camp in the subways and are part of the planned military extraction to a sanctuary for survivors. However, the extraction fails and the refugee camp is attacked by zombies. While protecting her son, Anling is bitten on the arm by a zombie. They manage to escape to their home and await news of what to do next.

When I said survival game, I did not mean survival for you. You, playing as Anling, are not going to survive this. You’re not meant to. But, with the little time you do have, you can teach Cody how to survive. You can help him live without you. That’s the twist. Knowing you’re going to die, accepting it, and doing everything you need to make sure your kids survive. Undying reminded me a little of an Australian short film called Cargo. It’s a 7-minute film and it will wrench your heart out. You can watch it on YouTube. The movie has since been remade into a full feature film starring Martin Freeman and is available on Netflix.

There’s nothing new about the gameplay for Undying. You still need to scavenge for supplies, eat and drink, and fight off a zombie or two. The home provides a great base, to begin with, including a workbench, kitchen, and med table. There is also the standard skill tree and a few specific items required to help the game progress. Looking at screenshots available for future development, there are some really interesting locations to be unlocked. All in all, it really is a great little package of a zombie survival game.

The twist comes from the narrative (and by now, we all know how much of a sucker I am for a great narrative). Since we already know Anling is dying, building her skill tree is pretty much a waste of time. Instead, you are offered the opportunity to train Cody in many skills and can depend on him to perform certain tasks. Every single action from Anling has a direct impact on Cody. And every decision you make has a direct impact on the story.

After playing a few survival games, including zombie survival games, this new perspective really changes up the gameplay for me. I’m no longer trying to simply survive with the fastest and most efficient methods. Now, I need to consider how to share each task with Cody. It’s a bit like parenting in real life. Sure, it would be a hella lot easier if I just do the chore myself (and probably nowhere near as messy), but if the kids never learn to do it themselves, I am stuck doing this chore forever and there is no way they will survive in the real world.

Learn How to Play

The actual gameplay itself is quite lovely. Undying is currently available in demo version for Early Access on Steam, with full release across most platforms in early 2022. The demo version is limited to about 90-minutes or so of playtime but with plenty of replay opportunities to explore different strategies and areas.

The game is split into a day/night cycle with a top-down player-generated map to explore. The ultimate goal is to reach safety, but I’m not exactly sure how far away that safety is. For the demo, your house is your base and there is a limited suburb to explore for supplies. At one point, the television shares a broadcast about renewed extraction attempts. However, you also have a gardening bed in the backyard and I found some tomato seeds while hunting around. This is the true quandary of the game. Do I strive to make a run for freedom? Or do I teach Cody how to grow his own produce so he doesn’t starve?

One more note on gameplay: the demo is available on Steam with both WASD-keyboard or game controller options available. I started with WASD, which includes a few extra keys like E to check on Cody, F to confirm, and C to cancel/go back. All fairly simple but it becomes a little cumbersome at times—especially if you have uncoordinated fingers like me. I seemed to waste a lot of time accidentally checking on Cody. In real life, I’m pretty sure one of my own spawnlings would have walked away just for some alone time. Using a game controller was the better choice for me. Most gamers won’t have much of an issue with this but be prepared if “timely coordination” is not something you have ticked off on the skill tree yet.

Another thing to note is the sweet and simple art used in both storytelling and gameplay. Undying isn’t the most beautiful game to look at, but the minimalist tones give depth to the story. You do not need realistic imagery for this game. I think that would make it too emotionally charged and, like the game, you have a job to do. By keeping the visuals simple, it gives the game more relatability. The music, however, is a little unbalanced for me. It set a somber tone in the beginning, neither overwhelming nor absent. However, it became a bit repetitive after a very short period of time. It seems to indicate a soundtrack change as you move through various maps but if you are taking a little more time to explore an area, the same loop becomes distracting.

Overall, Undying is a great demo to play during the Halloween celebrations and worthy of a full play-through when it releases in 2022. I can manage the survival and I can manage the map exploration. But the real sweetener is the narrative and how it changes my entire strategy in this game. When a story evokes such strong character relatability, then I know I’m hooked right to the very end.

Undying is currently available in a demo version on Steam. It is scheduled for full release on Steam, Switch, Xbox, and Playstation in early 2022. Visit the developer’s website here for more details.

Score: 4 out of 5 baseball bats

Click through to read all of “31 Days of Halloween Games: ‘Undying’” at GeekMom.If you value content from GeekMom, please support us via Patreon or use this link to shop at Amazon. Thanks!

A Science Wedding For Geeks 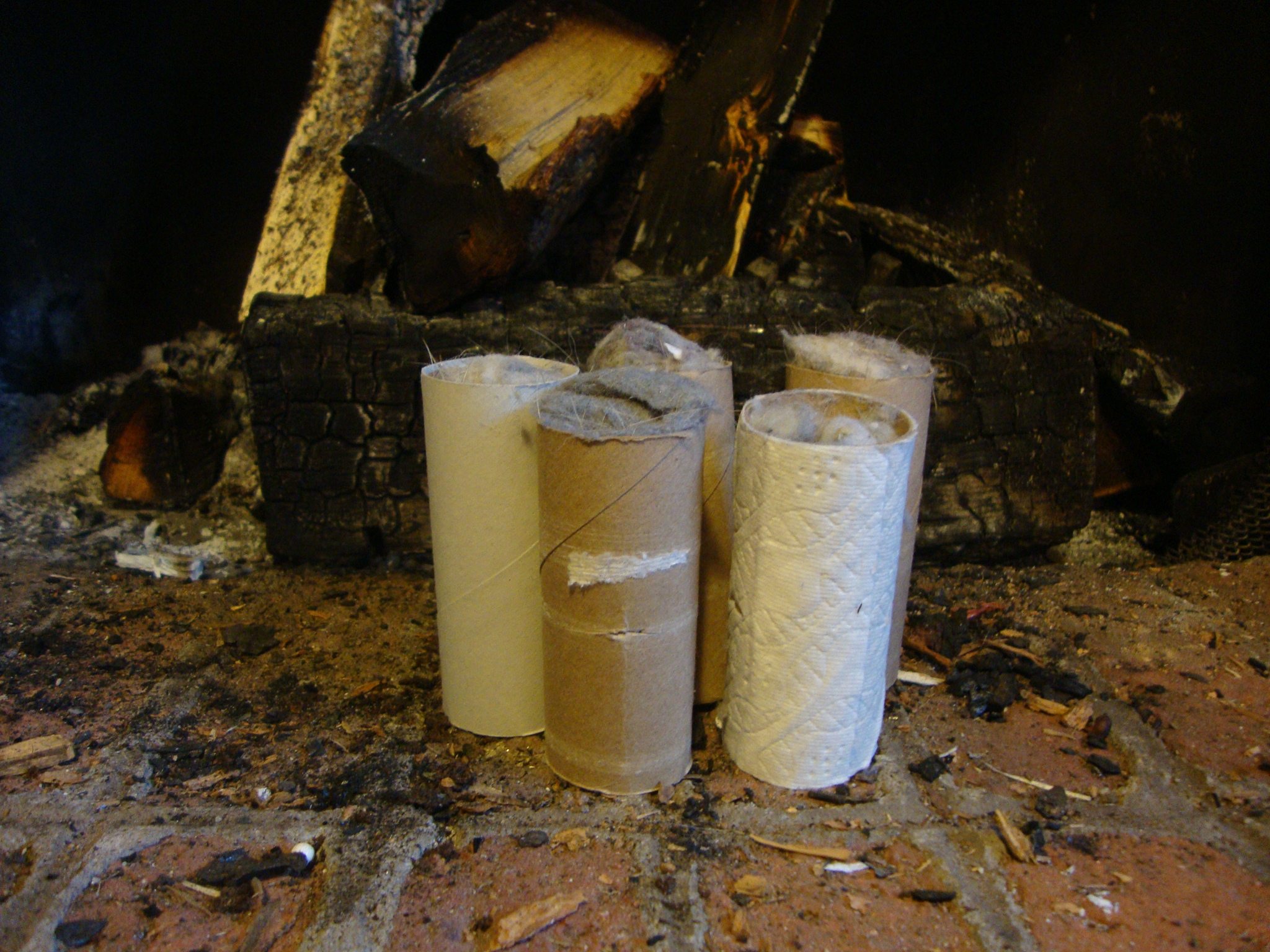 On May the Fourth, Happy 12th Anniversary of the GeekDad Book