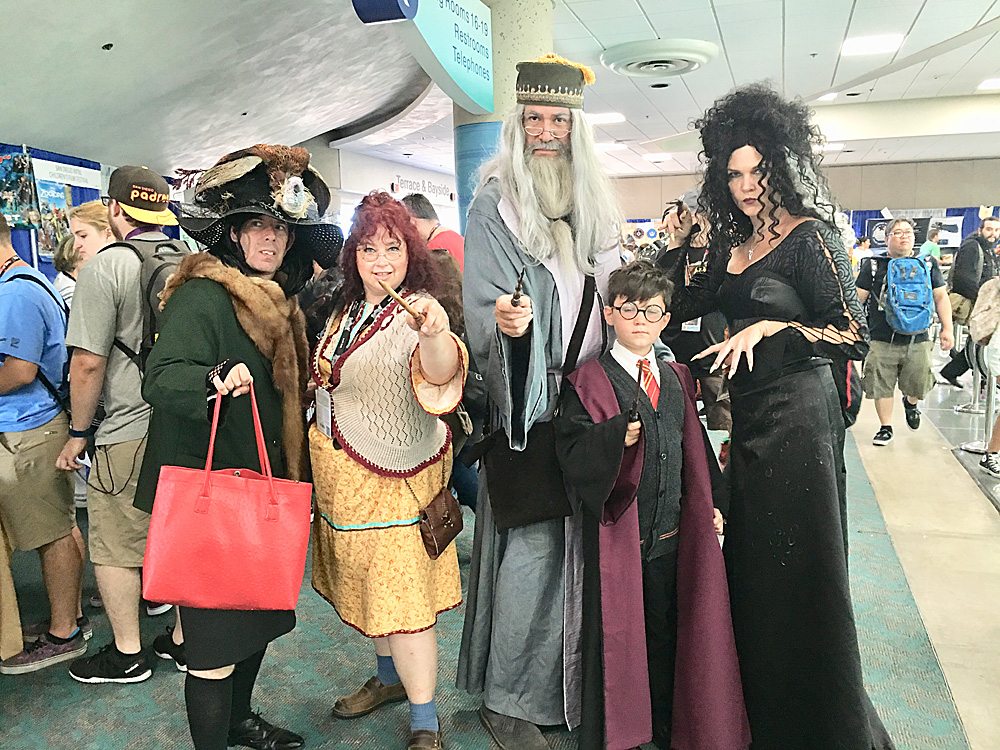 Cosplay Family Spotlight is a new recurring segment where I interview and spotlight a cosplay family. This week, I interview Larger Than Life Cosplay.

GeekDad:
How many members of your family are involved in cosplay?
LargerThanLifeCosplay: 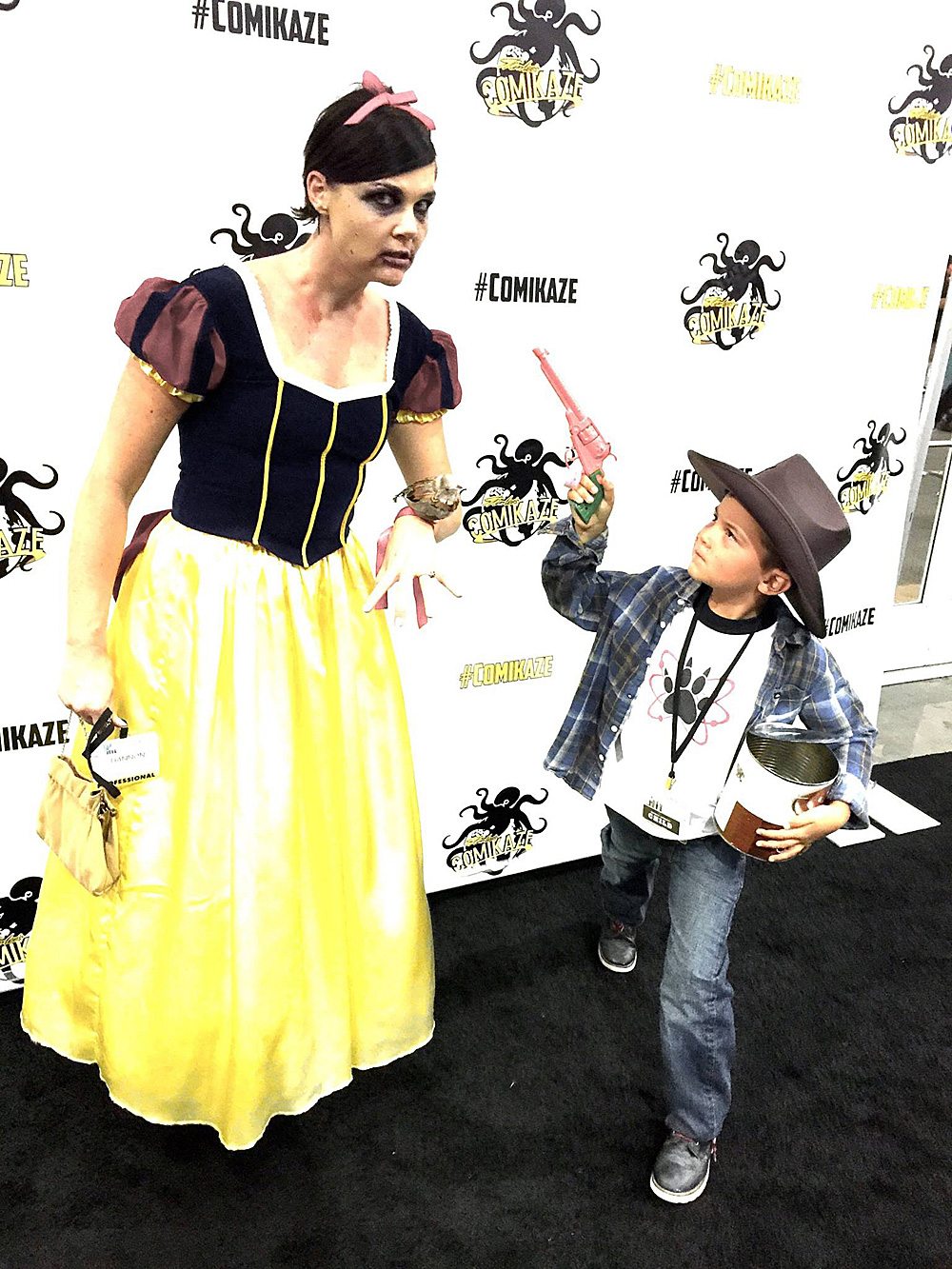 My wife Shannon, son Max (eight), and I are into cosplay to varying degrees. I am the only one with a cosplay page on Facebook (Larger Than Life Cosplay) and Instagram (LTLCOSPLAY). We like to do family cosplays with a theme, if possible, but we each have our favorite characters to portray. I’m 6’8″ and Shannon is 5’11” so we always stand out in a crowd.
GeekDad:
How did you and your family get in to cosplay and prop/armor making? Did one particular member start it or did you all jump in together? What was your first cosplay?
LargerThanLifeCosplay: 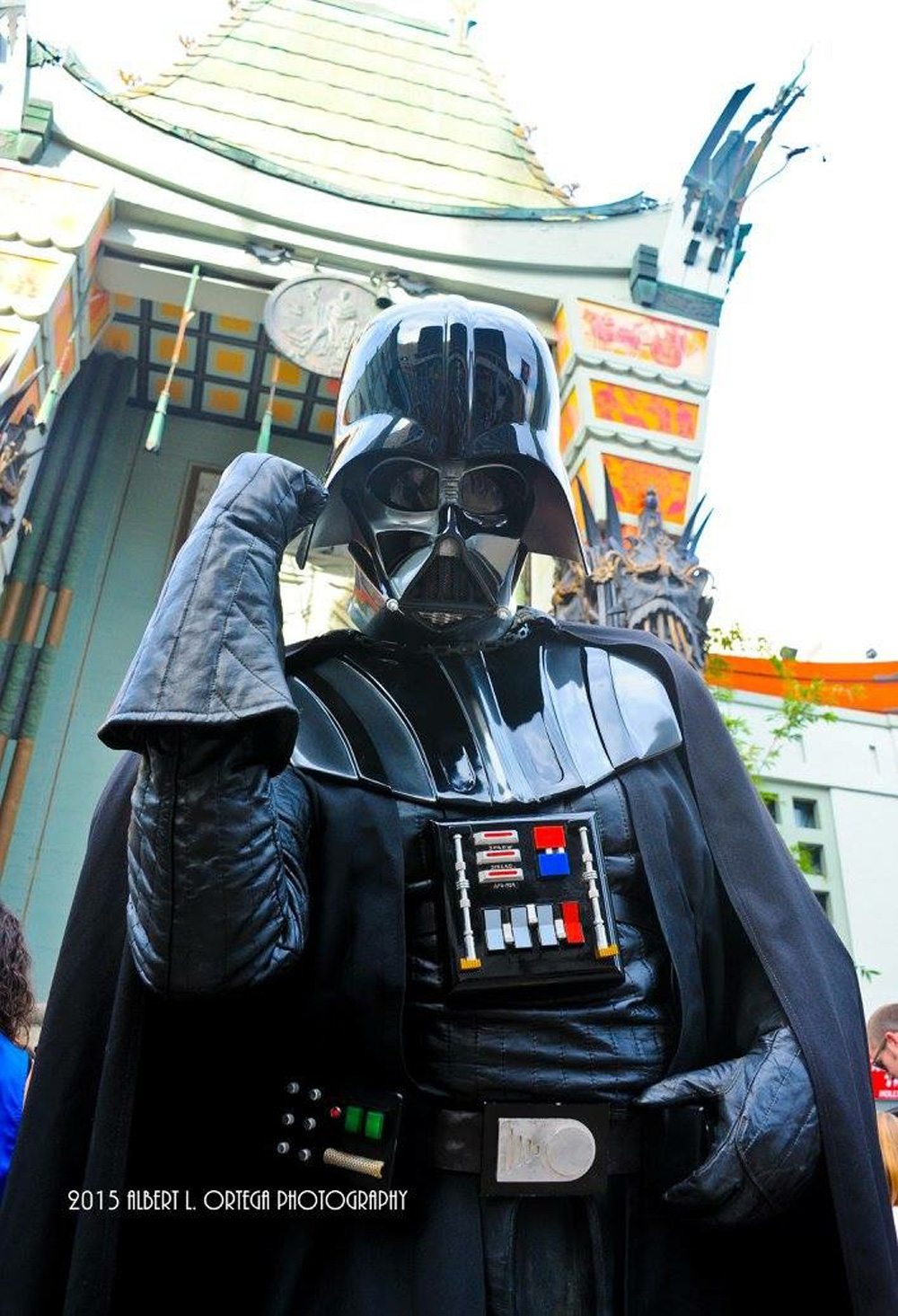 I got into cosplay long before it was called that in the early ’80s. My first cosplay outside of Halloween was probably a crude Darth Vader I wore for Return of the Jedi. I remember getting out of the car and hearing a huge cheer from the hundreds of people waiting in line to get in. It was quite a rush. Shannon was always into genre movies but didn’t do any cosplay before we met.

After we got married, Shannon and I would always dress up for Halloween parties with detailed costumes, and after Max was born, we started taking him to San Diego Comic-Con each year. I think that was the gateway for us to cosplay as a family.

GeekDad:
Do you have a favorite cosplay of yours? A favorite group cosplay you’ve done as a family?
LargerThanLifeCosplay: 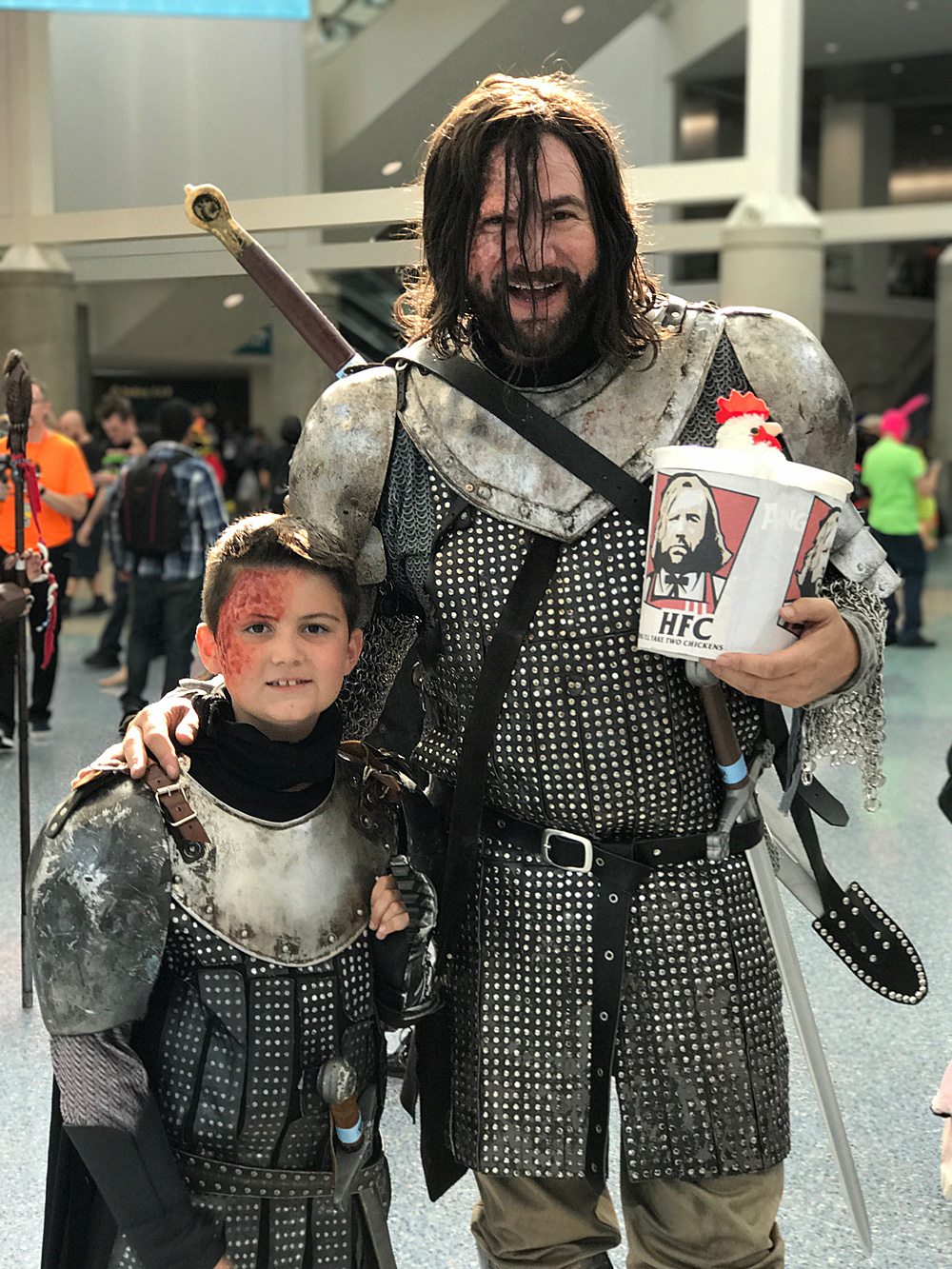 My favorite cosplay these days is Sandor Clegane AKA The Hound from Game of Thrones. Shannon’s is probably Wednesday from the Addams Family or Snow White. Max loves his Alexander Hamilton cosplay and his Tower of Terror Bellboy.
GeekDad:
Speaking of group cosplay, do you always try to cosplay together? Or do you all do your own thing?
LargerThanLifeCosplay: 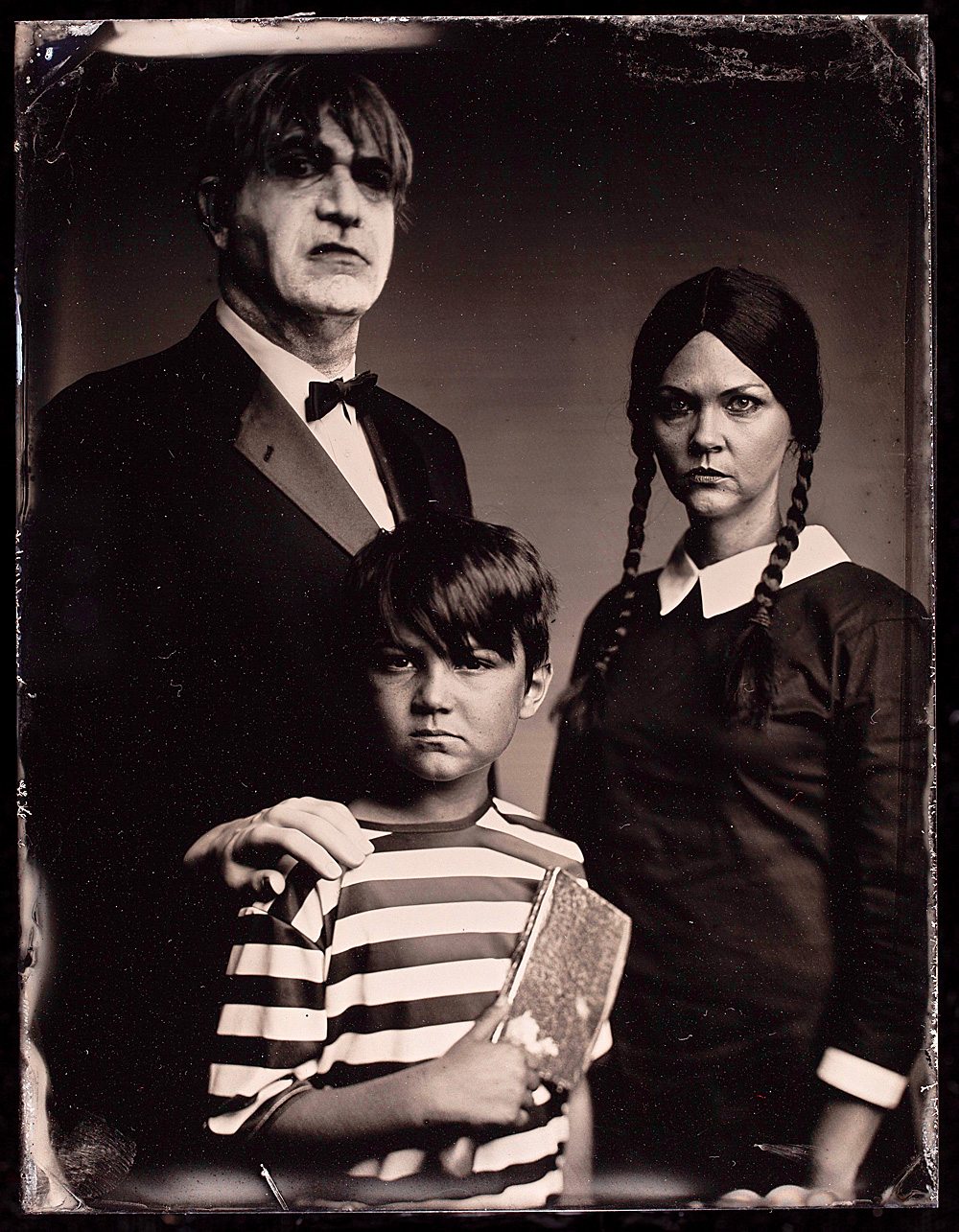 We usually do our own thing, but we really enjoyed our Addams Family cosplay where I was Lurch, Shannon Wednesday, and Max
Pugsley. We also did a Harry Potter group of Dumbledore, Bellatrix and, of course, Max as Harry.
GeekDad:
Do you have a favorite piece that challenged you?
LargerThanLifeCosplay: 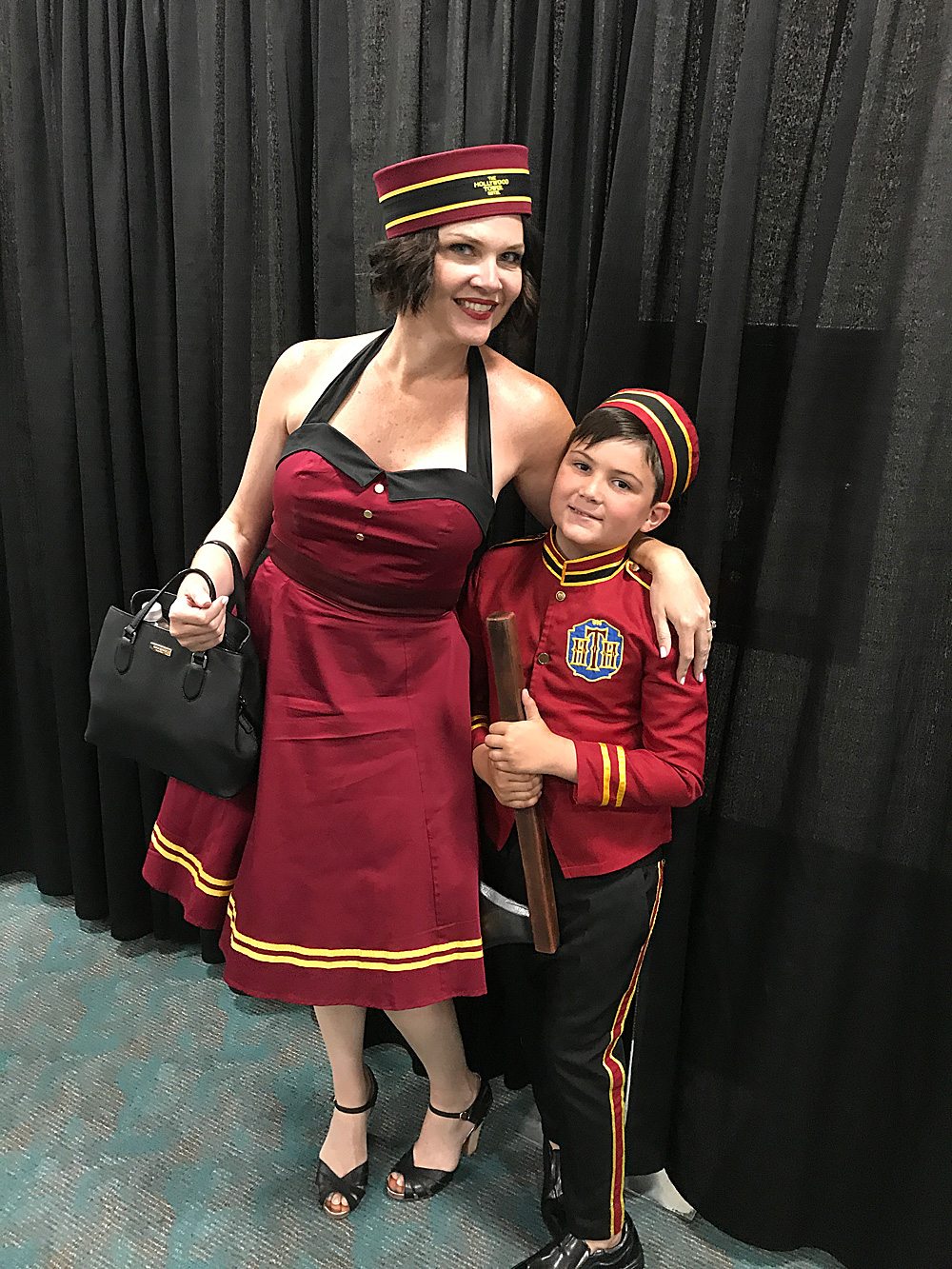 We are more into getting into character than construction on our costumes so we usually get help from our friends who are professional costume makers in Hollywood. I usually work on the details of our costumes, distressing them, and Shannon is great making alterations or adding details. I think the armor from my Hound cosplay is the most detailed piece and really required a lot of work.
GeekDad:
What’s your favorite “medium” to work in (sewing, EVA foam, resin casting, etc.)?
LargerThanLifeCosplay: 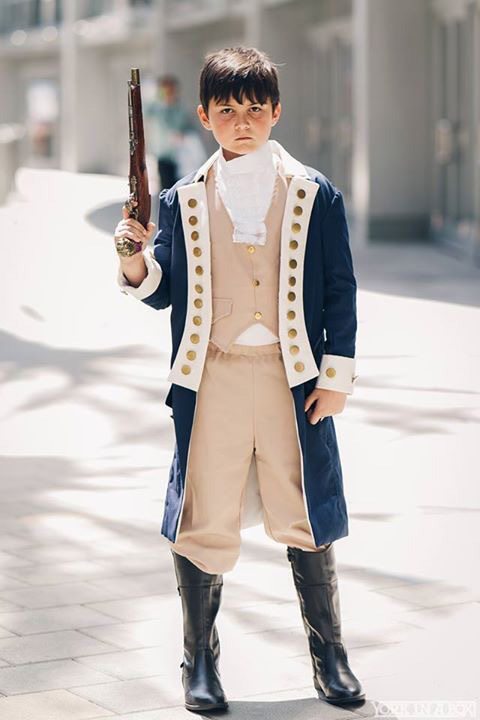 I guess it would be sewing since we don’t do any casting or foam molding ourselves.
GeekDad:
It’s been awhile, but I used to do quite a bit of scale model building and I see a lot of similarities in techniques between small-scale building and prop and armor building. Have you ever done any scale modeling or smaller scale builds?
LargerThanLifeCosplay: 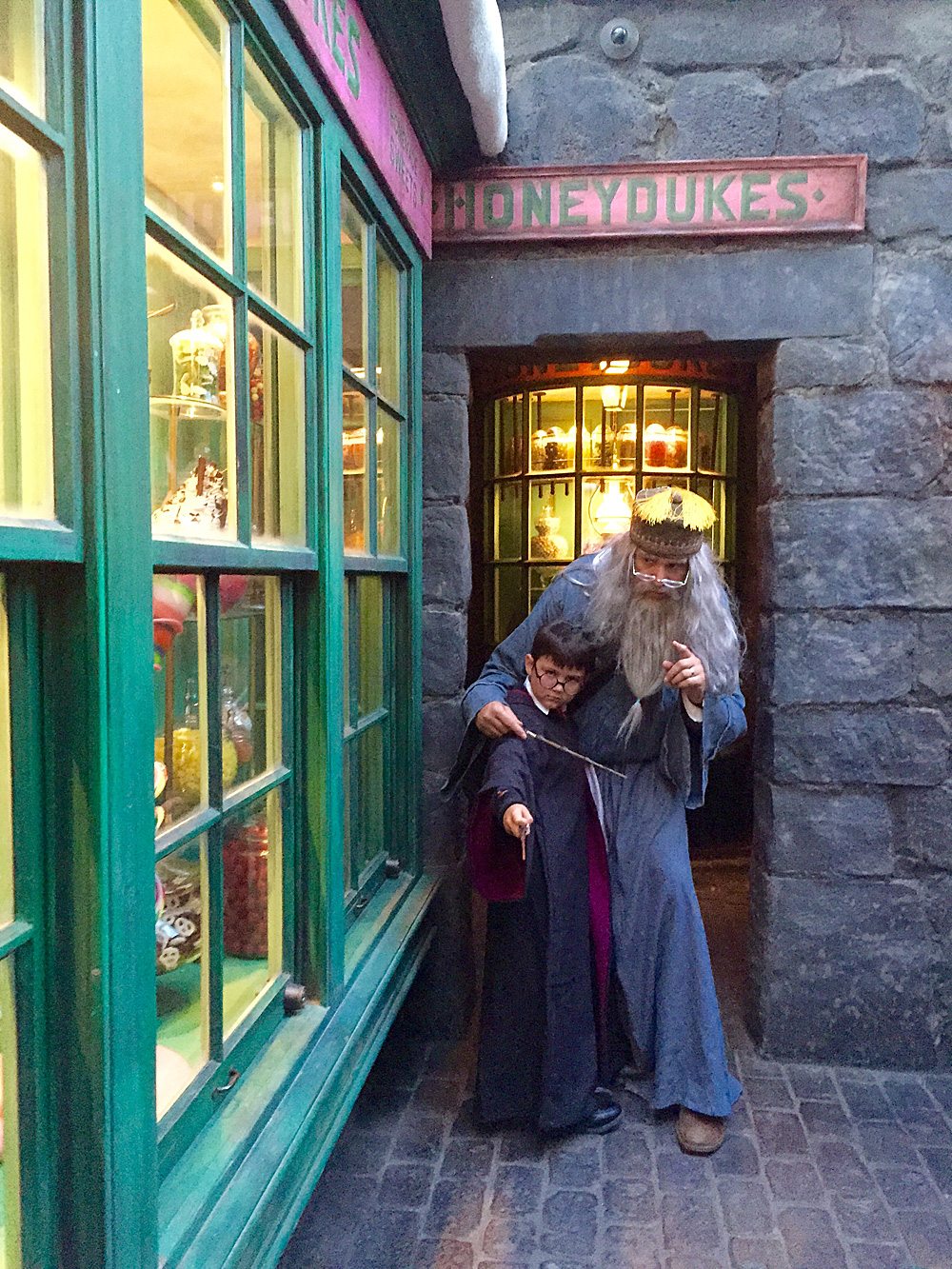 When I was young I used to put together fantasy dioramas. I was especially good at painting small figures. Max is into LEGO. We are building a LEGO Titanic. Yes, there are similarities because it’s all about attention to detail. You want the same thing in good cosplay. Just having your costume appear to be mud stained can make a huge difference in how people react to the cosplay.
GeekDad:
Most of our readers are parents and, like me, want to share their geeky interests with their kids. I’ve been doing father and son cosplay with my son since he was born. Do you have any suggestions on how parents can get their kids interested and involved with cosplay and fabrication?
LargerThanLifeCosplay: 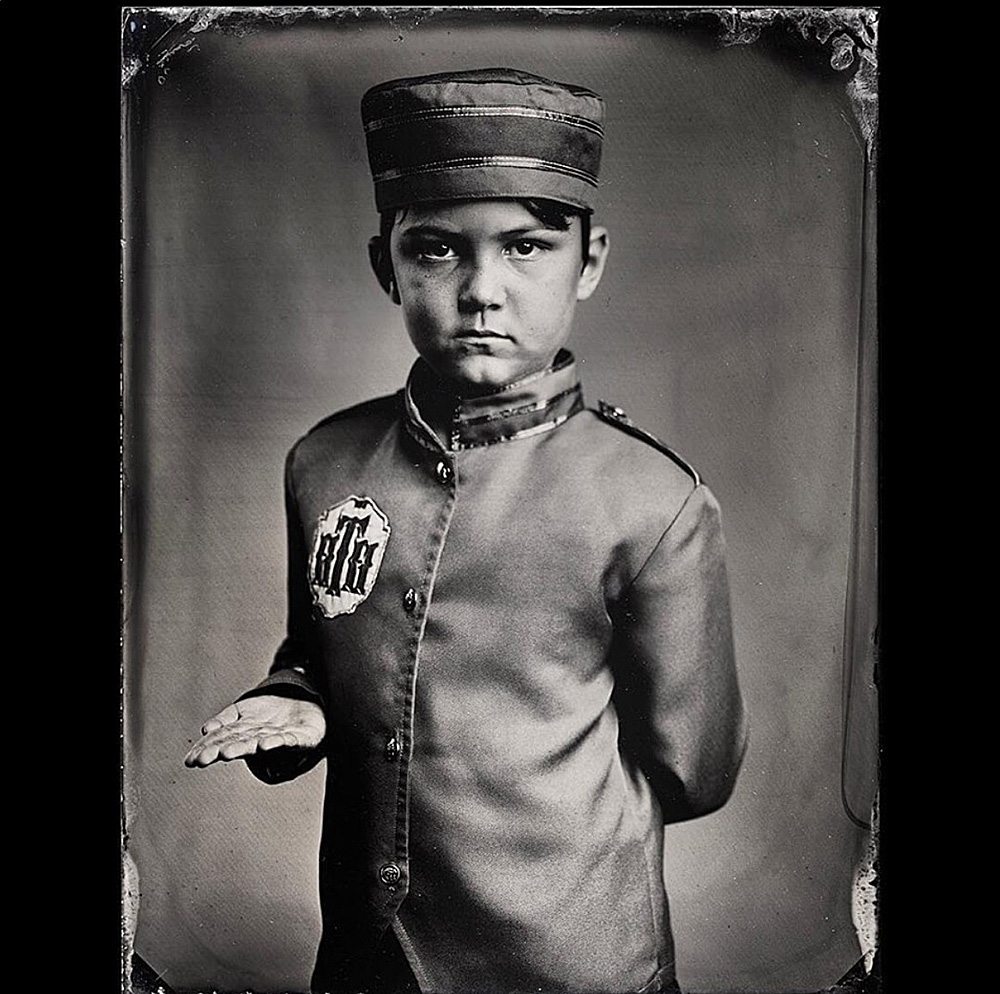 I think the best thing you can do is just bring them with you when you attend pop culture events and see if it sparks their imagination. It’s interesting that my son really isn’t into the same stuff I like. I think kids want to have a sense of ownership around the cultural touchstones that are important to them. There is one exception–Max does like to dress up as a younger version of The Hound which we call “The Pup.” It’s adorable when we walk the cons together in the same costume.
GeekDad:
Something along the lines of “Being a geek isn’t about what you love but how you love it,” is sort of the new geek mantra. Do you have anything, besides cosplay, that you consider yourself a geek about?
LargerThanLifeCosplay: 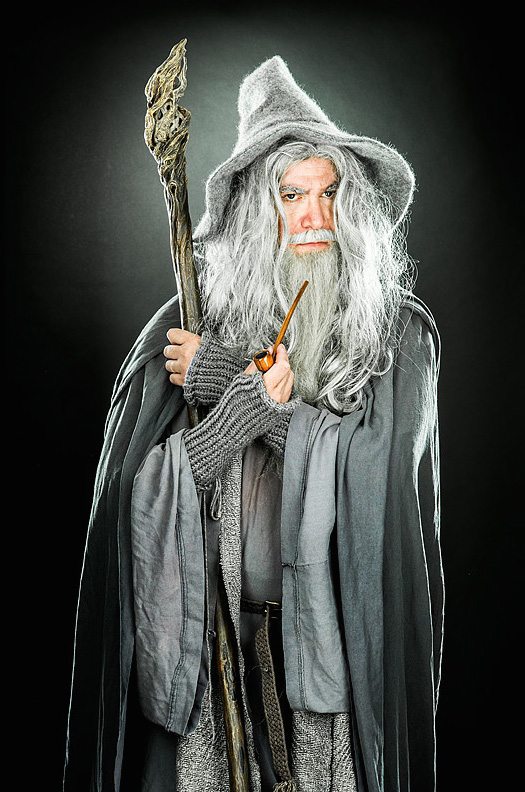 Everyone in the family is really into pop culture. We each have our own favorites. I’m into Game of Thrones, Shannon loves The Walking Dead, and Max is a huge fan of Harry Potter. As an executive for Legion M, the world’s first fan-owned production company, I’ve found my dream job. I actually get paid to immerse myself in geek culture and pop culture fandom and interact directly with the fans to see what movies and TV shows they want to get made. Shannon loves movies, especially heavy action films. Max is going through a “cool” phase so I don’t think he’d like to be considered a “geek” about anything.
GeekDad:
What upcoming conventions do you have on your schedule that people could see you at?
LargerThanLifeCosplay: 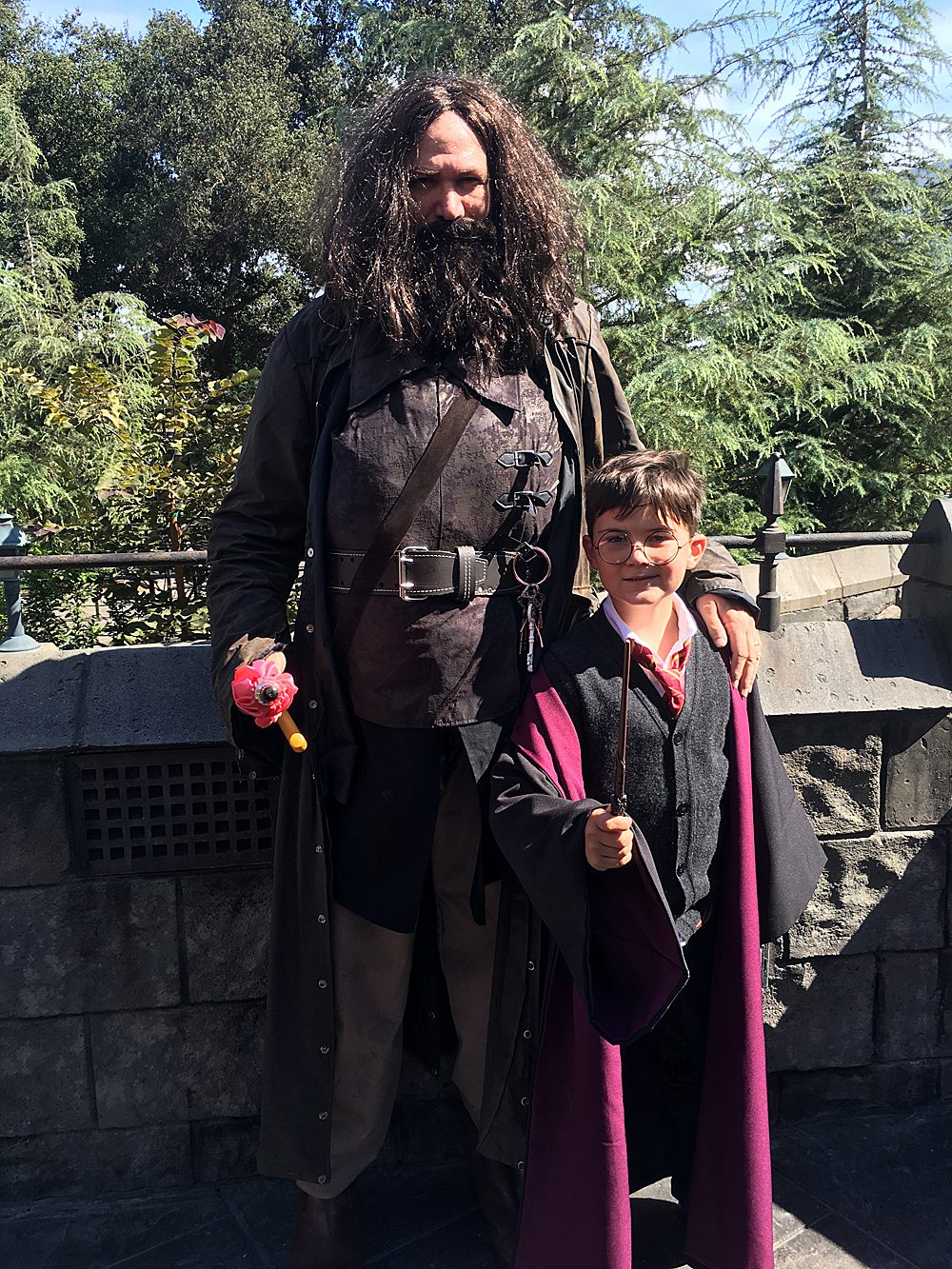 We always make it to San Diego Comic-Con, which is in July, and probably WonderCon this spring. We are super easy to spot, so I hope your readers will come up and say hi! 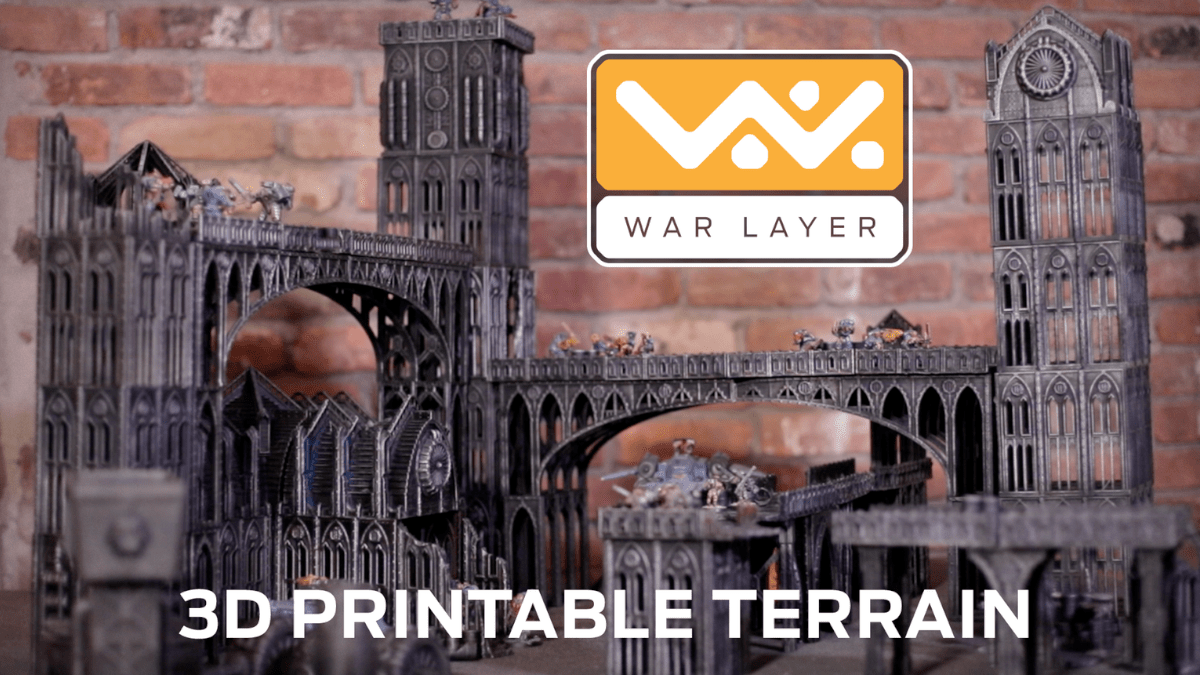 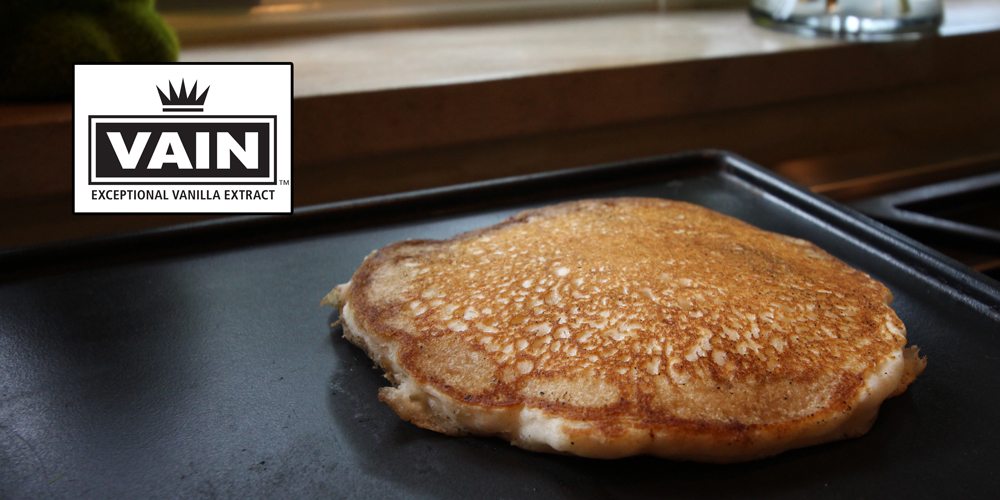