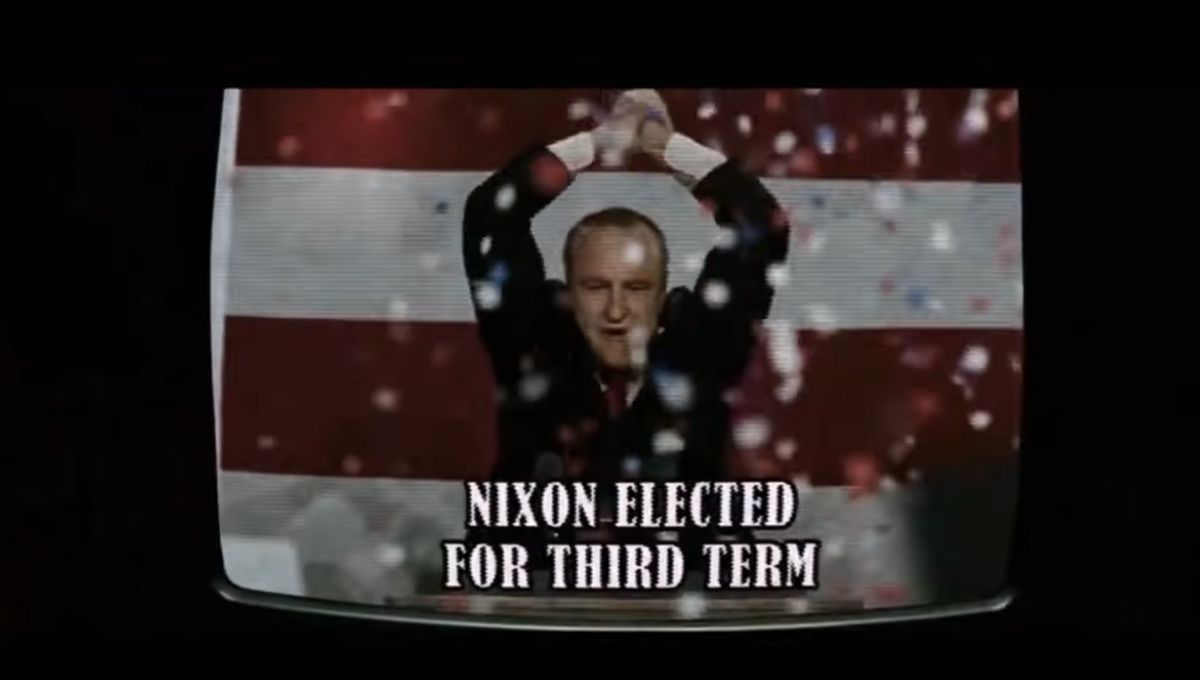 The alternate timeline is a fascinating concept. The idea of an alternate universe in which history has played out differently is something we’re just now seeing in the Marvel Cinematic Multiverse, but it’s existed in a number of other television programs throughout the years. I’d like to examine my own top five in detail.

There are more examples of alternate universes and alternate histories than I’ll be able to cover in this article. In The Man In The High Tower, the Axis powers won the Second World War. In 2019’s Yesterday, Himesh Patel appropriates the discography of The Beatles after entering a universe in which nobody else remembers the Fab Four. Oddly, in that universe Coca Cola does not exist. In the alternate universe of Netflix’s Maniac, in which small robots patrol the streets collecting dog poop, Ellis Island is the home of the Statue of Extra Liberty, which has wings.

When I think of alternate histories, the first show I think of is The Watchmen. During the opening montage to Zach Snyder’s 2009 film, we see Andy Warhol painting Night Owl, Richard Nixon being elected for a third term, Neil Armstrong bumping into Dr. Manhattan during the first moon landing, and a variant of the famous V-J Day Times Square photograph in which the superheroine Silhouette rather than a sailor steals a kiss from a nurse. 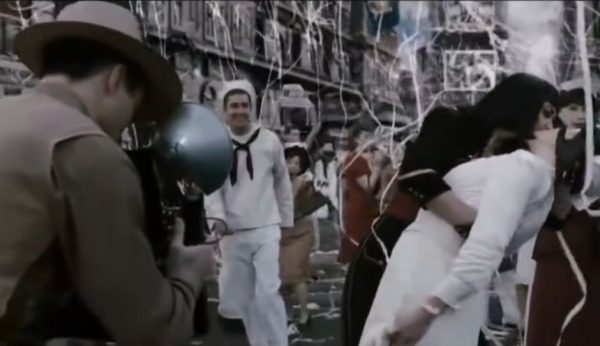 That’s the kind of alternate history that can be so exciting in a speculative fiction story. Watchmen‘s alternate history is further laid out in the HBO Watchmen series where we see that Dr. Manhattan has won the Vietnam War for the U.S. and Vietnam has become the 51st state. If you’ve seen the show or read the GeekDad article about it, you likely know the rest.

Watchmen is far from the only alternate history in television. Another of my favorites is the 2008 television series Fringe, starring Anna Torv and John Noble. In Fringe, you learn somewhere in season two that another universe exists, and contains the same people and places, but there are substantial differences.

In Fringe‘s alternate universe, coffee is rare and very hard to come by, JFK was never assassinated, the “New Pentagon” was built on Ellis Island beneath a shiny well-upkept Statue of Liberty, a proposed law to limit US citizens to two children is supported by two of “the three major political parties”, and the Twin Towers were never destroyed – you can see them in the establishing shots of the alternate universe’s New York City, which also has a lot of airships. Interestingly, DC’s Batman also exists as a fictional character in that universe, but is known as Mantis. 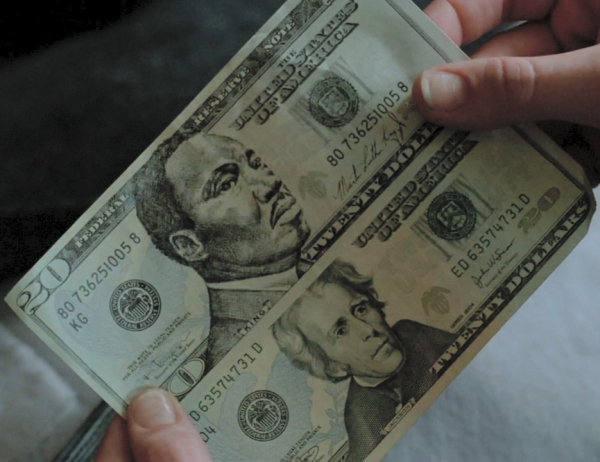 The care to which Fringe‘s creators went to create an interesting alternate universe are pretty awesome. In that alternate universe, Martin Luther King Jr’s face is on the $20 bill, which is colloquially known as a “junior” rather than a “Jackson”.

While it’s primarily an espionage show, Counterpart has an alternate world which is laid out from the first episode, and it’s very much like the alternate universe in Fringe. It’s not as immediately interesting, but the Flu epidemic which devastated the “prime” world in the 1990s has a lot in common with the COVID-19 epidemic which hadn’t yet existed when Counterpart was made. As a result of that epidemic, the “prime” universe is more advanced in life sciences, whereas our “alpha” universe has more advanced electronics.

One of my favorite shows of recent years is AppleTV’s For All Mankind, which features an alternate universe in which the USSR beat the United States to the moon in the 1960s by matter of weeks. The speculative fiction set up in that show, which accelerated the Space Race rather than ending it, is just outstanding. In that world, the infamous 4-mile island meltdown was averted because of tech developed for the U.S. moon base, Ted Kennedy survives and becomes president, and email is known as “d-mail”. If you haven’t seen For All Mankind, I highly recommend it.

A show that my family had watched early in the pandemic, which I’ve only recently rewatched is HBO’s Years and Years. The show deals primarily with world events and politics over the next 50 years, as experienced from the perspective of a single extended family in the UK. An Alexa-like device named “Signor” dominates everyones’ houses and allows the family members in different households to have group conversations on the regular. Donald Trump wins the United States election in 2020, and Mike Pence wins in 2024. Meanwhile, in England, an entrepreneur turned politician named Vivian Rook is loved for being boorish, and rises to political power. In his final week of office in early 2024, Trump launches nuclear missiles at China. There is a huge market crash, European immigration and refugee issues, and as we move into the future there’s a fascinating look into transhumanism.

Also, in 2024, they’re watching Guardians of the Galaxy Vol. 4. Years and Years is a great show.

What are your favorite alternate histories from television shows? 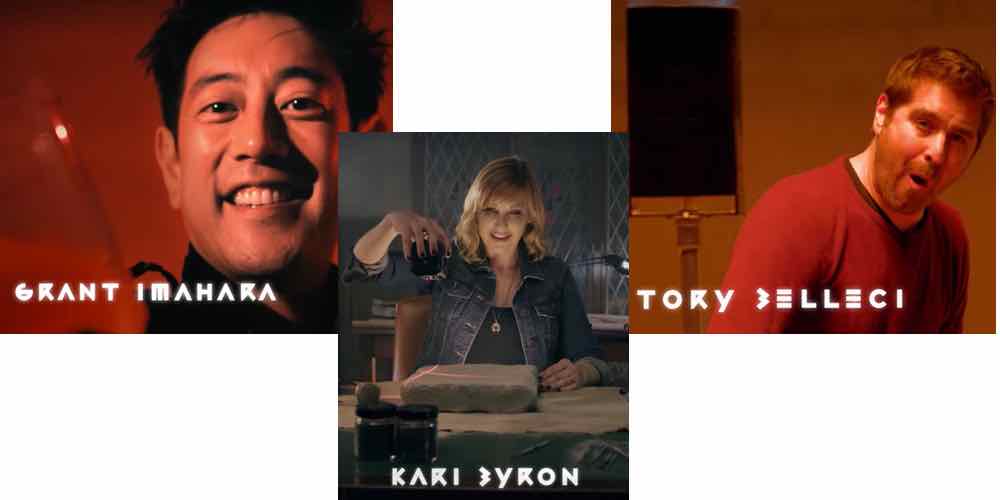 Kari, Grant, and Tory Are Coming Back to Blow More Stuff Up for Science: ‘White Rabbit Project’ Trailer!