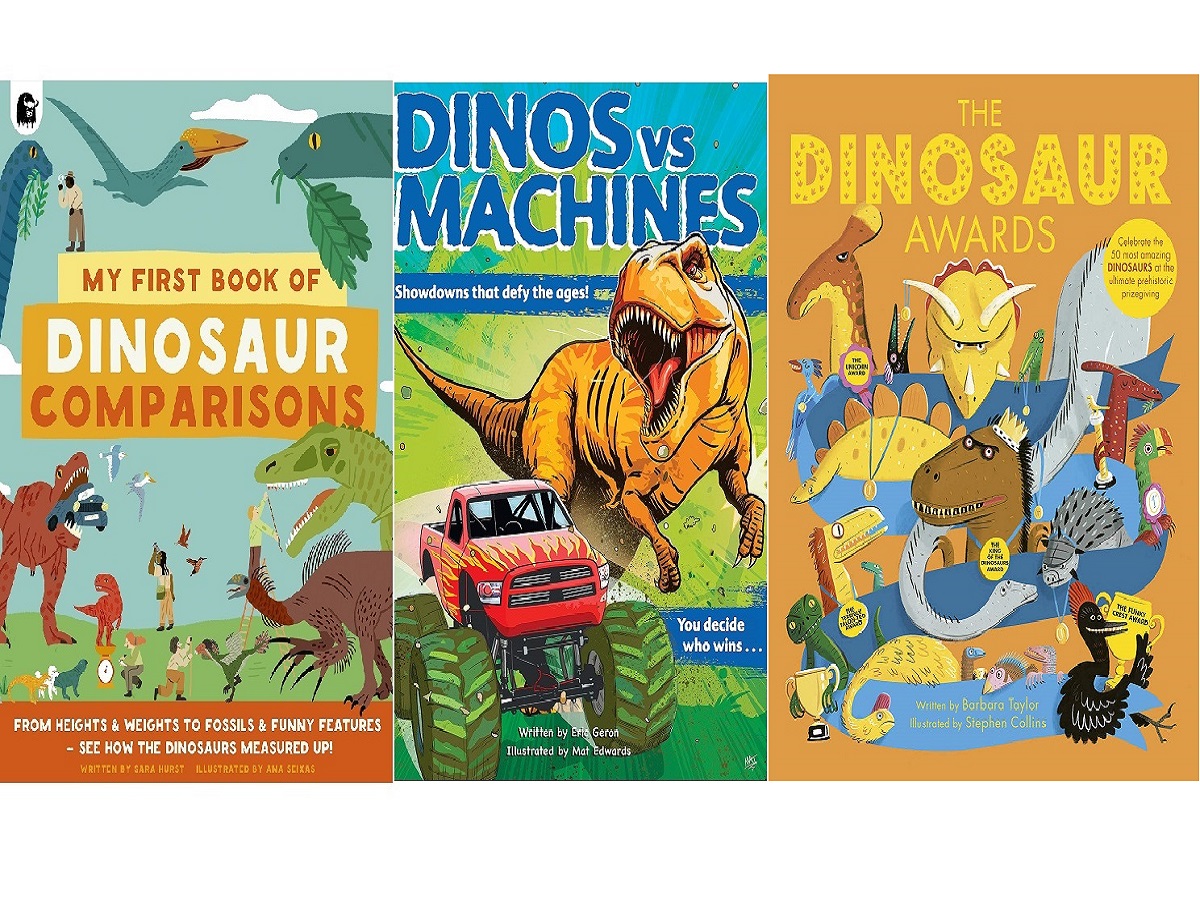 You may think that dinosaur-themed books are static, but nothing could be further from the truth. I’ve seen the books evolve alongside my 10-year-old reader, and there have been a few changes.

There are classic and easily identifiable dinosaurs from all periods in the books I’m about to show you, but there are also new takes: small, feathery dinosaurs that we have just discovered; gentle giants and novel ways of comparing them with human sized things. Let’s get to them! 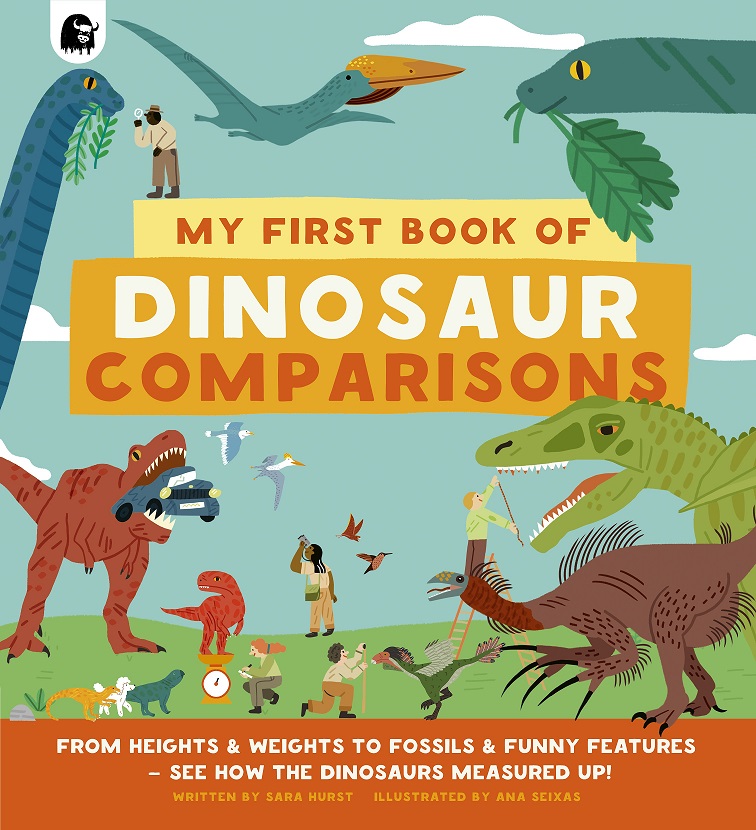 Did you know that the Argentinosaurus weighed about as much as 12 elephants and grew as tall as a five-story building? Or that a T. Rex was comparatively smaller that this herbivorous giant; truck sized, if you will, but that he still could crush a car in a single bite? Some dinosaur eggs were as big as footballs; some dinosaurs where so small they could all fit inside your living room.

This book has cool facts and is intended for children aged 5 and older, constantly mixing the dinosaurs of the past with things we can see and estimate today: Lystrosaurus was as long and as tall as modern pig, and he also loved mud.

There where feathered dinosaurs that came in three different sizes: bristled, branched and downed; Vegavis was one of the reptilian/bird like creatures that survived…

‘My First Book of Dinosaur Comparisons’ is on sale now.

Up next, this book will invite readers to think about Human-made Things vs. Dinosaurs: 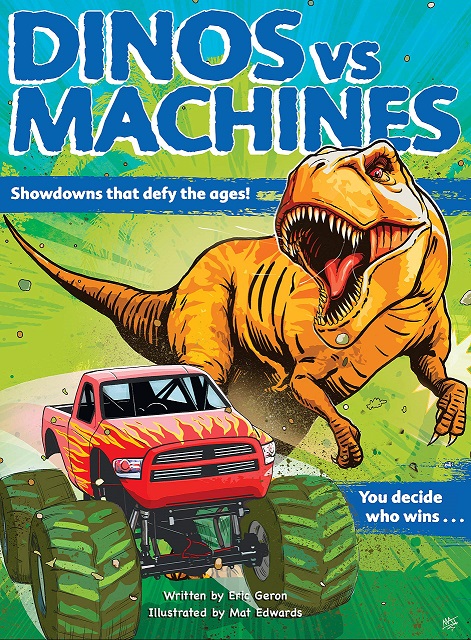 Dinos vs. Machines. Showdowns that defy the ages! You decide who wins… by Eric Geron (Author) Illustrator: Mat Edwards

I would have to absolutely agree with this Goodreads review here: I judged the book by its cover and was absolutely right, but my kid was immediately drawn to it and read it cover to cover in one sitting.

However, the comic style confrontation between manmade machines and dinosaurs might be more interesting if there were more science facts behind it: if you’re going to compare a motorcycle to a velociraptor, you have to talk about traction forces and velocity.

This book has a good idea behind it but it’s just a conversation starter, and the conclusions it arrives to in the Who won? section, is not at all right. Why would the submarine win over the ichthyosaurus? We all now that those machines are pressurized and very fragile.

‘Dinos vs. Machines’ is on sale now.

Lastly, here is my favorite one, not only for the illustrations but for the concept behind, I know the Olympics have been a great subject this year, but still: 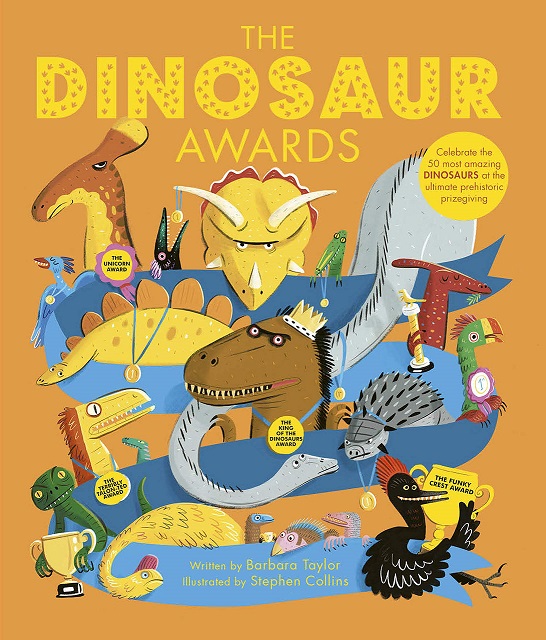 We are going to award 50 dinosaurs with different prizes, taking into account their features, diet, and habits as we discover what makes each one so prize-worthy. It is all just for laughs and a bit goofy, including cartoons on the way, but the data is pretty good. Whimsical dinosaurs represented with accurate data is a powerful mix.

The illustrations are pretty up to date and easy to imitate: they are a bit cartoonish, but they do represent new colors, feathers and possible scenarios. I could talk endlessly about the fascination kids have and the lengths they are willing themselves to take in order to nail accurately a cool dinosaur.

Take Carcharodontosaurus, for example, awarded here with the Huge Head award: Plant eating, from the Cretaceous period and with a head so large it could fit in an average single bed. The first fossil of this dinosaurs was destroyed when a museum in Munich, Germany was bombed during World War II.

Or Deinonychus, awarded the Top of his Class award for his intelligence, ability to hunt as a team and massive brain. Closely related to Velociraptors, it was in fact twice it size.

Facts as these will keep your dinosaur loving kid interested for a good amount of time.

‘The Dinosaur Awards’ is on sale now. 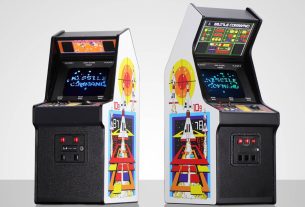 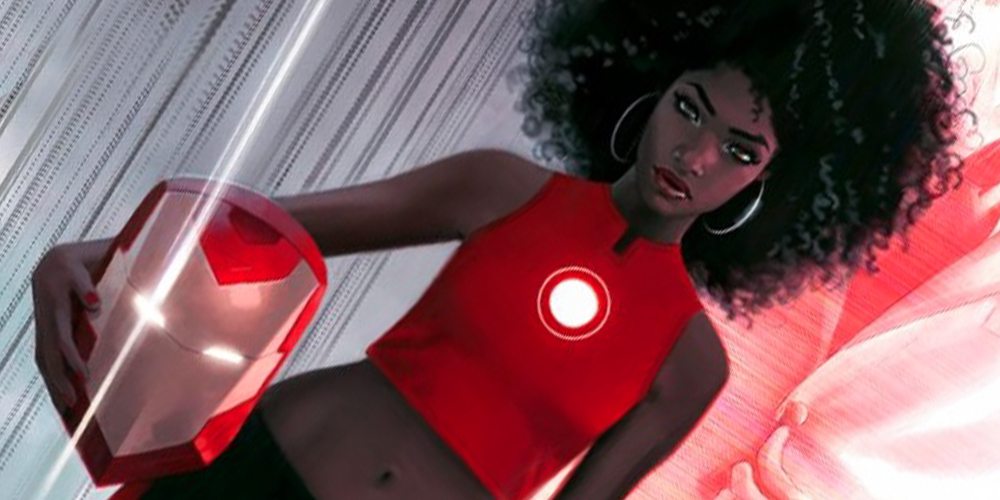 The Revolution Will Not Be Televised… 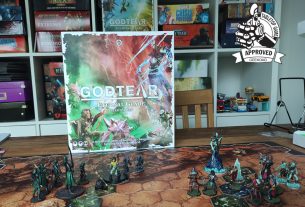