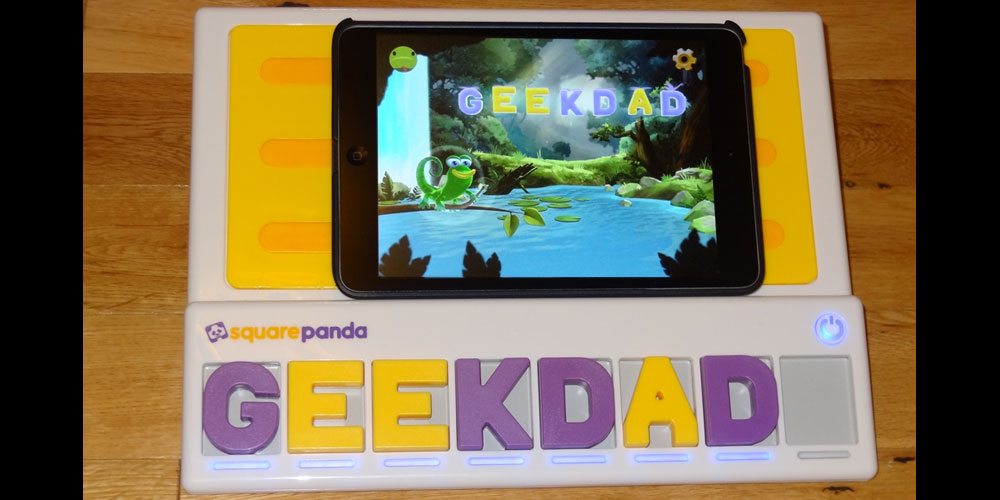 Most of us geeks really value reading, so it’s no wonder that there are so many gadgets and devices and apps designed to facilitate that process for our kids. I have to admit that I’m a huge proponent for reading out loud to kids, and I think one of the best ways to encourage a love of books in your kids is for them to see you reading a lot. That said, I also can’t deny that sometimes an app or a device has a lot more patience in repeating the same exercises or stories over and over again, so there’s also value in finding something that hooks your kids.

My kids are 12, 9, and 3—the oldest was already reading by the time I got my iPad and started trying out reading apps, and the middle one had a little more tech-based learning. But the youngest is the one who has really seen a lot of these newest developments: apps that incorporate physical objects, like the Osmo system or Marbotic Smart Letters. The latest product we’ve gotten to try is the Square Panda phonics playset, which pairs with an iPad to let you play with letters.

First, the specs: the Square Panda playset works with the iPad 3 and 4 and all generations of iPad Air, iPad mini, and iPad Pro. There’s a large plastic base, 12.5 inches wide, 9.5 inches tall, with a sort of stair-stepped shape so that it sits at an angle. The top of the base has a compartment that stores the letters, and the lid for the compartment has some rubberized strips to help keep the iPad from sliding around. It retails for $119 and can be ordered directly from the company’s website.

There are 45 letters included: they look a bit like those plastic alphabet magnets; the consonants are purple and the vowels are yellow, and there are multiple copies of the more commonly used letters. The base has eight slots at the bottom that can hold letters, and there’s also a blue light below each slot that indicates whether it is recognizing the letter in the slot. The whole thing runs on 4 AA batteries (included), and it connects to your iPad via Bluetooth.

The apps allow for up to 3 profiles, so up to three kids can have their own names and avatars. For some of the apps, you can set a reading level so that the three profiles can be individualized, but I haven’t noticed any sort of learning history or anything else that would benefit from the separate profiles. The parental controls are accessed by holding down the gear icon for a certain amount of time, and then entering in a series of numbers that are spelled out—younger kids who can’t read yet won’t know what to do, but if they do learn to read, then they can probably access it themselves, too.

There are currently four apps available for free: Lagoon, Bowling, Letter Lab, and Bubbles. You can see a demo of each one in this video here, and then a little more description below:

The Lagoon app may be the favorite: basically, you put on whatever letters you want, tap the chameleon, and the app will sound out the word. If it recognizes the word in its database, the chameleon will cheer and (if available) show you a picture of the thing you spelled. If not, it tries to pronounce it, and then shrugs. The words appear like flies, with little wings, and the chameleon sucks them all in (and then, strangely, spits them back out).

One thing we did discover was that the app prohibits certain words, though it’s a little weird. For instance, “poo” is okay, but “poop” is not. If you spell a word that it doesn’t like, it displays asterisks instead, and the chameleon won’t read them when tapped.

UPDATE: For parents, there’s a Square Panda Playground website where you can check on your kids’ progress and customize the word list, including adding your own words and pictures, and selecting words to filter (like “poop”) if you want to hide those.

There are some other fun (and useful) effects, too: if you put in a color, the chameleon will turn to that color after reading the word. And if you put in a letter upside-down, it will appear on the screen upside-down with the wings at the bottom, and flying near the bottom of the screen, to give you an indication that something’s not quite right.

The one thing that I found a little weird was that the chameleon’s voice (sound effects and letter sounds) is not the same as the voice reading the whole word aloud, which is a female voice similar to the one used in the other apps. But the animation shows the chameleon’s lips moving as if it were saying the word. It didn’t bug my toddler at all, but my older kids and I thought it was strange.

The Bowling app shows a few “rock-rocks” at the end of a lane, and you bowl them over with coconuts. Each time you make a hit, you get a new letter (or phoneme) to find and put into the tray. Once you’ve spelled the whole word, the app reads the word and shows you a picture. The app tends to show you a few similar words at a time, like “fish” and “dish” so that you use the same phonemes a couple times. Bowling lets you change up the curriculum level for slightly more advanced words.

I thought this app was okay, but not great. If you miss with the coconut, the rock-rocks just laugh at you, and then you have to roll again before you get a chance for more letters. Between that and the repeated instruction at the beginning of each word, it just feels like it takes a long time to spell a short word. And is it just me, or do the rock-rocks look a lot like Veggie Tales characters? That green one is just Junior Asparagus wearing a clown wig, right?

The Bubbles app is a little similar to the Bowling app, in that you spell out words a letter or phoneme at a time, and that words are grouped together (scan, van). The app will ask you to find a letter—at least this one changes up the phrasing of the request a little bit—and once the letter is put into the slot, the wacky machine blows a lot of bubbles for you to pop. As you tap the screen to pop the bubbles, the app will repeat the letter’s name and the sound it makes, while various things pop out of the bubbles (along with the letter itself). Tapping on the picture will also make various instrument sounds. This app displays a letter tray on the screen, too, so it seems to be targeted at younger players, giving more visual cues about where to put the letters.

When the last letter is in place, the screen changes to a plain background for the bubbles, and then it will read the word and give one more big bubble, which turns into a picture when popped. I did find some odd word choices on this one, though, like “scan” (showing a picture of a handheld scanner scanning a barcode) and “brat,” pictured above. Not typical words I expected to be in a reading app.

Letter Lab is a slightly more advanced level. The app shows a silhouette of an animal, and then asks for help making the word. The first robot asks for a letter by its pronunciation. You then tap the robot to hear the sound. Then you get other stations with other robots: the transmogrifier will show you various things that start with the letter (drawn in the shape of the letter), the lowercase zapper shows you what the lowercase version of the letter looks like, and the color-tron paints it different colors. Finally, you finish with the fan-o-matic, which just spins the letter around, and then a claw drops the letter into place, which fills in a portion of the silhouette. Find all the letters, and the whole picture appears.

It’s fun to play around with the letters and I particularly liked the transmogrifier, though the shape reverts as soon as you go to the next station. The only change that sticks until the end is the color.

In summary, the Square Panda phonics playset offers another way to combine tactile play with digital apps, and my youngest daughter has been enjoying playing with the various apps. The hardware works well, though: the letters fit into place exactly right, and the hardware has no trouble detecting and identifying them. I do feel like there is some room for improvement in the apps themselves, like having it track a child’s ability as they play so that the complexity of words is ramped up automatically rather than through parental controls. The nice thing, of course, is that once the hardware is in place, it’s easy to introduce new apps as time goes on, adding more value to the set.

Disclosure: I received a sample of this playset for review. 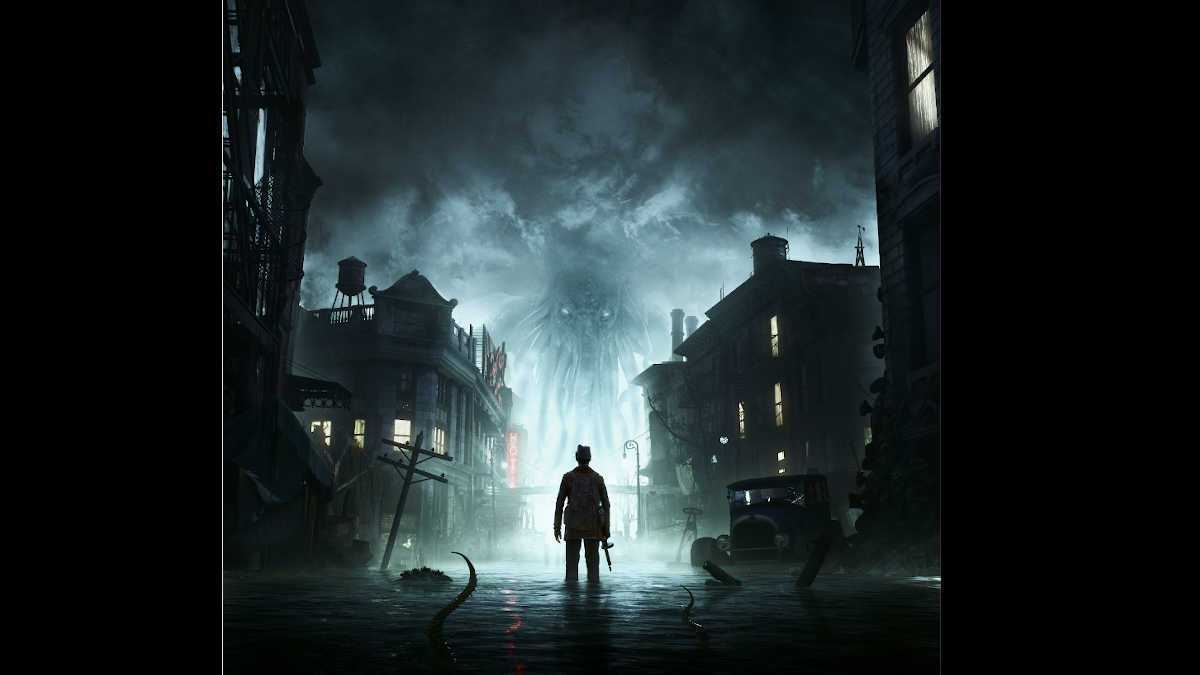