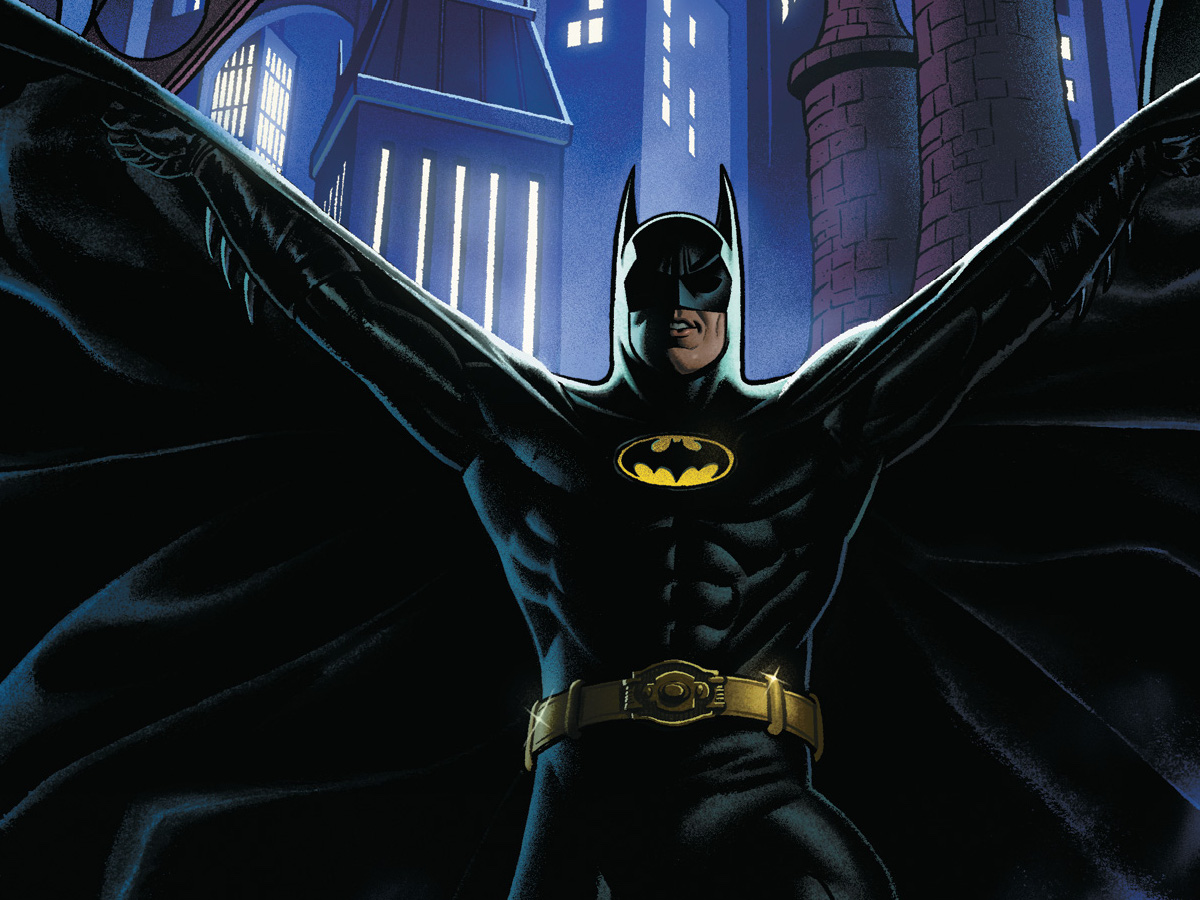 Ray: It’s been a long time since we were immersed in the unique world of Tim Burton’s Batman, and to revive it, DC got someone who knows a little about it—screenwriter Sam Hamm. Paired with superstar Dial H artist Joe Quinones, you know you’re in for something special in the first of two movieverse series that are launching soon from DC—and it doesn’t disappoint. From the start, the creative team expands Batman’s world with the introduction of new and old characters. Billy Dee Williams’ Harvey Dent, maybe the first example ever of a comic book racebend, takes the lead here as a unique antagonist looking to bring Batman to heel—not as Two-Face, but as a law-and-order district attorney who believes vigilantism is killing Gotham.

This is a little too close to Mayor Nanako’s current campaign—maybe just a bit of bad timing—but Dent is so charismatic that he sells it. Equally surprising is his love interest and partner in his plan—Sgt. Barbara Gordon, the Commissioner’s estranged daughter. Between these two and the wave of Joker-themed crimes that plague the city long after the villain’s death, Batman’s got his hand full. While Quinones doesn’t quite make his Batman look like Michael Keaton—maybe a licensing issue while Williams was happily on board—this version has a world-weariness and cynicism that fits very well. He reminds me of something between the movie Batman and Batman Beyond’s Bruce Wayne.

While some very interesting things are done in this issue with Batman and Gotham, including the addition of a new vigilante with a very different focus from Batman (maybe the first look at the Batman ‘89 version of Robin, or something else entirely?), the star here is undeniably our future Two-Face. Segments set in Harvey Dent’s childhood home flesh out the character a little and explain his obsession with the two-headed coin, and a confrontation with some robbers shows us that even before his inevitable date with some acid, this version of Harvey’s mind was never entirely on kilter. This Gotham is busy, chaotic, and pushing Batman to his limit. Exactly what I’d want from a first issue set in the original movie’s continuity.