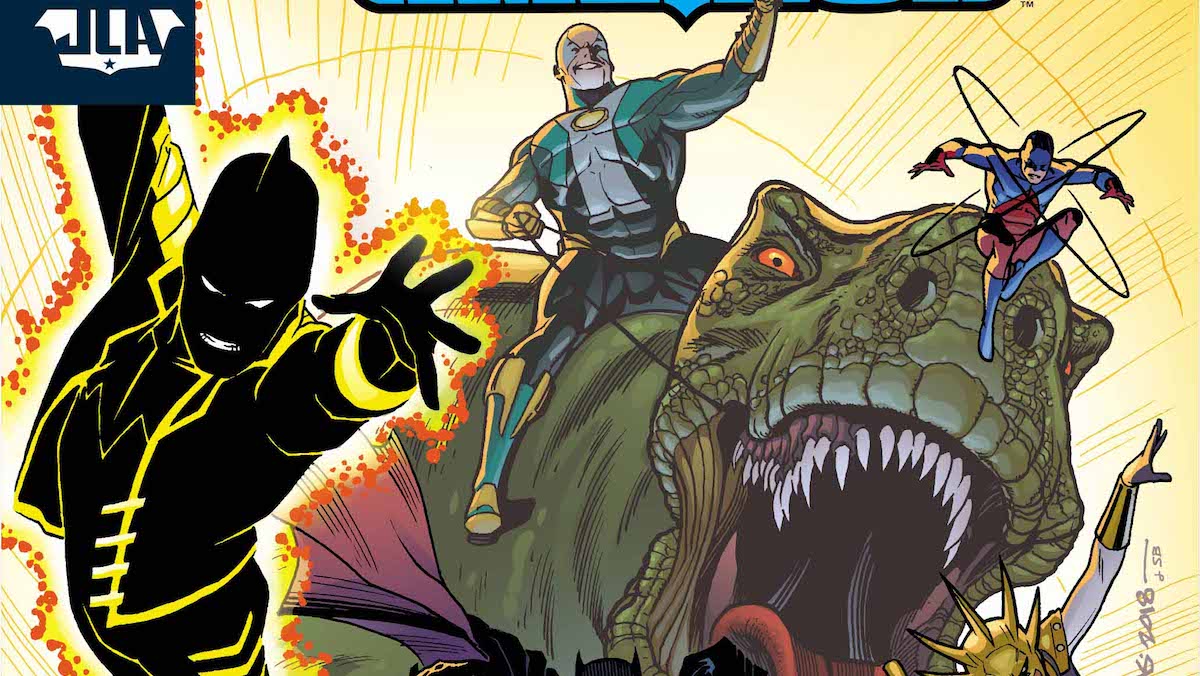 Ray: Steve Orlando’s Justice League of America comes to a satisfying close in Justice League of America #29, as the Justice League line wraps up in preparation for May’s “No Justice” event. When we last left off, the new character of Ahl, the God of Superheroes (introduced in Milk Wars) was seemingly killed off by a unique brick to the head courtesy of Chronos. As the issue starts, the League takes the fight to Chronos. With Atom injured, it’s Killer Frost’s intervention that saves his life and gets him back in the fight to take on Chronos on his own battlefield. Stealing Chronos’ hourglass, he’s able to strip him of his army and send him back to his own time period. However, that still leaves the bigger problem – with Ahl dead, the legacy of superheroes is no more and the heroes will cease to exist once they leave Chronos’ pocket dimension. That leaves them stranded as they try to figure out a way to beat death.

After an extended time period (that leads to Batman growing a pretty impressive beard), the heroes are successful in reviving Ahl, who begins his cycle again and rejects the idea of getting rid of the object that will one day kill him. The Justice League of America is sent back to their time, and thus begins the process of saying goodbye. Chronos winds up being sent to a place and time where one member of the League has little tolerance for him. Another member of The Unexpected, the mysterious Firebrand, makes an early cameo as well. And the Justice League disbands as it is now, turning itself from a superhero team into a think tank designed to create innovations that will benefit superheroes and civilians alike. It’s a promising idea for a new kind of superhero team that I hope Orlando will follow up on in the future. I’m excited for the bold new future of the Justice League, but I’m hopeful that the two unique teams we’re losing won’t be forgotten.

Corrina: Well, Lobo and Chronos won’t be having a beautiful friendship. Not bad, JLA, if a little bit brutal. But, then, you spent a good chunk of time trapped in time with dinosaurs and that can change a person. Hah.

This is a satisfying conclusion, with the added bonus of the fun of the League being stranded in the prehistoric past. (I do love Batman’s beard.) Each character has a nice moment and, hey, I like it when I get warm fuzzy feelings reading a comic.

The only element that clunks for me is Ahl. He was introduced not in this comic and suddenly, he’s pivotal to basically the survival of every superhero ever. That’s a lot of weight to place on a character that those only reading this book won’t know. And I question how many people read “Milk Wars,” which was very good but not the usual DC Fare.

But I suppose “not the usual DC fare” can be said of this series too. That’s a good thing. 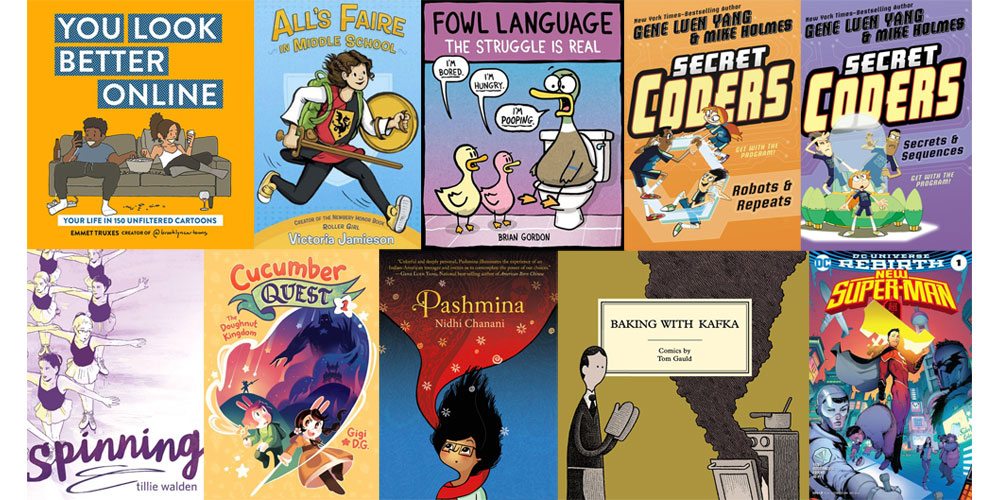 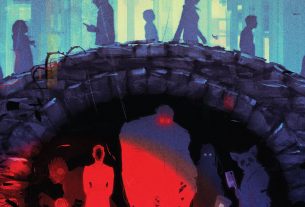