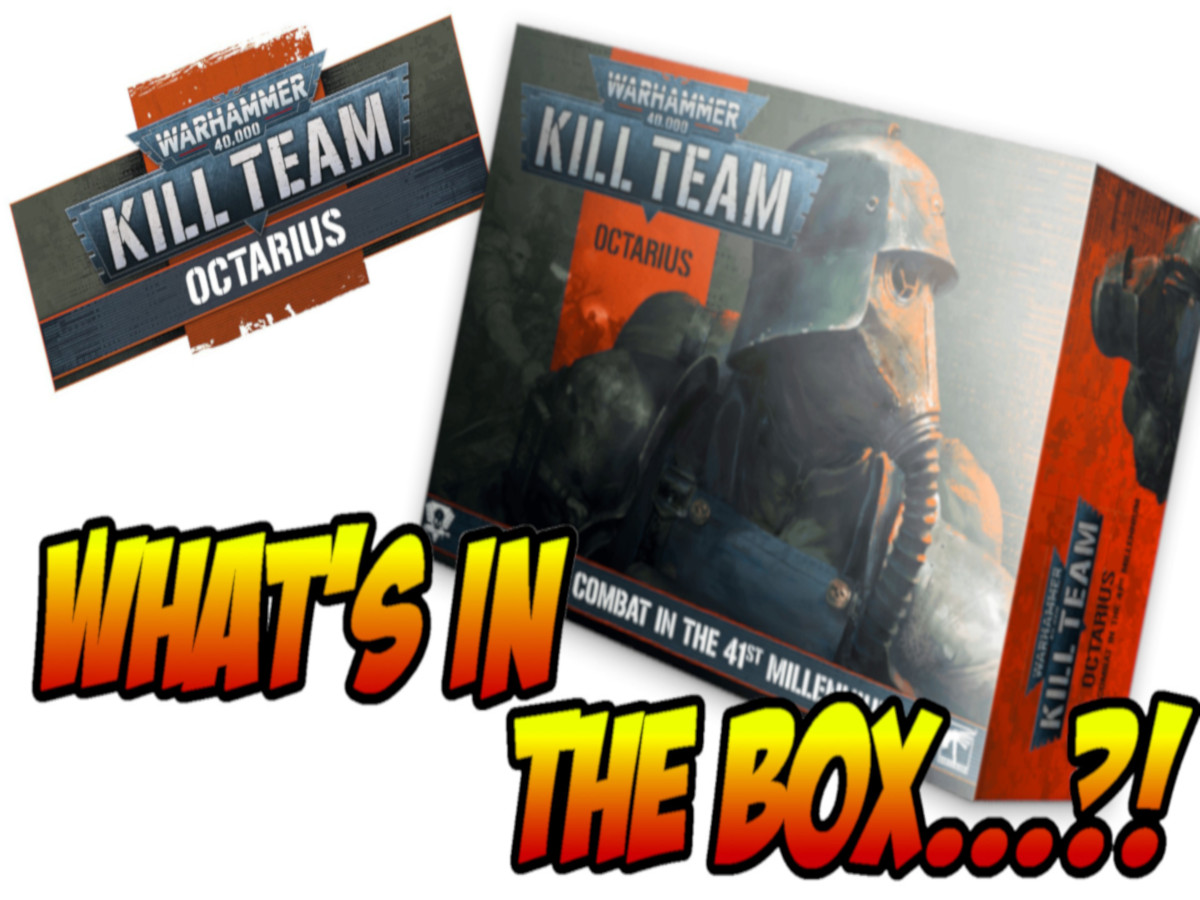 Kill Team has had a difficult genesis. The skirmish version of Games Workshop’s tabletop behemoth, Warhammer 40,000 ought to be a dead cert success, yet somehow never has been. Previous iterations of the rules have turned what ought to be a quick, fun, game into something turgid and frustrating. This time, whilst the new Kill Team clearly has Warhammer 40,000 in its DNA, it’s been rebuilt from the ground up. New rules, new stats, and an emphasis on quick team building look to make Kill Team the accessible entry point into the 40K universe it always should have been.

The new design of Kill Team attempts to make it a deeply thematic game experience. In my recent overview of Warhammer: Age of Sigmar – Dominion, I mentioned that the designers are putting the lore of their games at the heart of the experience. This is even more evident with Kill Team. Building on the mixed success of the AoS skirmish game, Warcry, Kill Team delivers a well-thought-out narrative play experience. Yes, the new ruleset includes options for competitive play, but where it is really going to shine is with players who want to create their kill team, and take it on an epic quest of daring missions and last-gasp defenses.

I haven’t played the game yet, so this isn’t a full review. That will hopefully follow on in a few weeks when I’ve had time to sink my teeth fully into the ruleset. For now, here’s an overview of what you can expect. It being school holidays, writing time has been limited, but I have made several videos that explain what’s great about the new system (which also includes some of the things to be wary of).

The Warhammer Community team has done a deep dive into Kill Team in recent weeks, which is well worth checking out. There is an updated website for the game too. It is also worth noting that this box will not be around forever. It is a limited release, but GW has stated that ALL of the components will later be available separately in some shape or form.

You get all the things you’d expect from a Warhammer big box release. Two teams of fantastic miniatures and the rules to play with them. You’ll also get some dice, assembly instructions, and some color decals to add to your painted minis. The miniatures in this box are NOT “easy-build” which is possibly a curious choice, as Kill Team feels very much like an entry-level box. I suspect the main reason is that these kits are going to be available after the main box release and many members of the skirmish community enjoy converting the miniatures in their gangs/teams/warbands. Conventional kits make this easier.

You will also get a set of GWs very first Orkish terrain, which is deliciously quirky, and looks like it will be great fun to paint. The game also comes with a hard cardboard terrain mat to play the game on.

Controversially, the game comes with a movement gauge. This measures distances of 1″,2″,3″ and 6,” which are coded with geometric shapes. The coding is a little odd (a pentagon to denote 6″!!!!), but if you wish, you can still play the game using a conventional tape measure. The gauge should hopefully make measuring a little easier, as will the fact the missile weapon attacks largely have infinite range in the game. We can expect to see less measuring and more playing in the all-new Kill Team.

The box contains two rulebooks. A core rule book which details the new rules for the game and the Octarius campaign book. This has rules and battle plans for running a tailored campaign in the Octarius 40K setting. This book has the details for the teams included in the box but gives plenty of scope for using existing 40K models, the stats for which have be been promised in the forthcoming Compendium book.

There is lots to like in Kill Team: Octarius.

Picking a Kill Team is much easier in this new version. Especially for the two teams included in the box. As ever, the game supports “3 ways to play.” Open play for quick games, matched play for those of a competitive bent, and narrative play, for those who want to tell stories with their games. The Octarius book puts narrative play at the heart of Kill Team. There is a lot of detail and background for the two included Kill Teams. Moving forward, I expect to see new campaign boxes released, with a pair of bespoke Kill Teams and new missions and tactics to fit the setting.

There’s some great streamlining of the rules. For a start, the game is capped at 4 turns. Fighters’ stats have also reduced in complexity, and there is now an alternate activation system similar to Warhammer Underworlds or Necromunda. Players will take turns activating each fighter in their Kill Team, which can (generally) perform two actions. e.g. Move, then shoot, or perhaps move then attack. Each mission now has specific objectives for players to attempt to achieve, but in addition to that, players will draw a random selection (from a small sample) of tactical objectives, which remain secret. These give you special tasks to complete for additional victory points that you can score during the game.

The narrative system allows your Kill Team to progress on its journey, via “Spec Ops.” These are themed to things like “Elimination” or “Infiltration” and involve fulfilling a number of goals in your games of Kill Team. These are often to complete a number of tactical objectives and consist of two separate parts that have to be completed in order. Completing a Spec Op gives extra bonuses for your Kill Team. Note: The Octarious book contains additional tactical objects and “Spec Ops” from those in the Core Book, for use in your Octarius campaigns.

Shooting and combat now work very differently from the parent 40K game. Players roll dice pools that oppose each other, with the person with the most success, prevailing, much like Warhammer Underworlds. This makes the game far more dynamic with dice rolls being decisive both at range and up close. Gone are the days where there might be 4 or 5 rolls after which the game state stays exactly the same.

I’m very impressed with the look of the new Kill Team. It feels very much like a game that can stand on its own, rather than just a half-forgotten adjunct to Warhammer 40,000. I have always loved the models and armies in 40K but have never had enough time to play the games or paint enough models for a full army. Now, I can paint 10-20 models and have a quick tabletop game. Kill Team feels like it might be for us GeekParents who want to play 40K but realize that it is for the time-rich. The idea of being able to build an array of different 40K armies and tell compelling stories with them is irresistible.