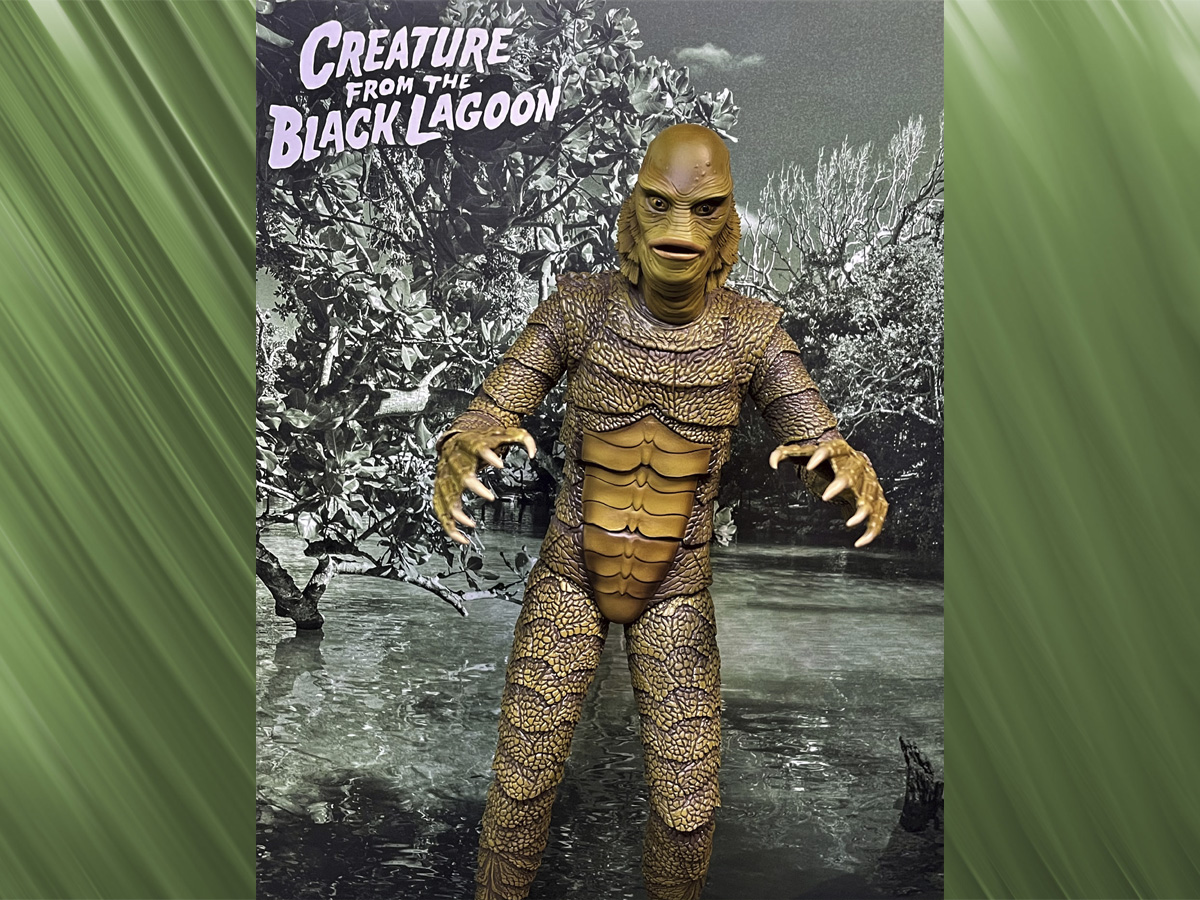 Centuries of passion pent up in his savage heart!

So reads one of the posters for the classic 1954 Universal-International monster movie Creature From the Black Lagoon, where a scientific expedition to the Amazon encounters an undiscovered amphibious humanoid. Now Mondo has created a sixth-scale figure based on the eponymous Creature.

The figure came in a brown shipper box, very familiar to anyone who has previously acquired 1/6-scale figures. What was different, though, was the inclusion of plastic corner protectors at both the top and bottom of the figure’s box inside the packaging. This was a fantastic inclusion, helping to keep the box for the figure itself in perfect shape.

Here is the figure’s box. The front features a reproduction of Mondo poster art by Jason Edmiston:

While the back of the box shows the contents, as well as some movie-inspired poses:

There is a side flap on the box that attaches magnetically; you can open up the box that way to look at the contents. As you can see, a couple of the accessories shifted during transit:

Opening the box at the top, you can slide out the insert holding the Creature and accessories. The figure itself is held securely in place by several plastic and metal twist ties:

After the somewhat laborious process of getting those twist ties off, it was time to get a look at the Creature in all of his glory.

Once I held the figure in my hands, I noticed that the joints have a decent amount of stiffness in them. Not so stiff that you might damage the joints when creating poses, but there’s more than enough rigidity to hold a pose once you’ve set it. Additionally, because of the original design of the Creature for the film, the figure has rather large feet. These give you a nice stable base to be able to display the figure in several poses without using the included stand.

The detailing on the Creature is fantastic. As you can see from this photo from Creature From the Black Lagoon, the sculpting is screen-accurate:

While the figure has 16 points of articulation, don’t expect to be doing crazy Matrix-style poses with the Creature. Range of motion is limited in order to preserve the movie-accurate design. In fact, I’d hazard a guess that the figure can be posed to roughly the same extent as the actor inside of the rubber costume could move in Creature From the Black Lagoon.

Here’s a bit of the Creature doing a sidestroke, to get an idea of the range of motion of the limbs:

The Creature comes with about as many accessories as one could think of to include. First off, there are multiple heads, including an open-mouthed look, and one for when the Creature is underwater:

You may notice from the above picture that the head on the right(which is the default head) looks a little walleyed. Whoever had painted that particular head missed the mark on what was otherwise a very nice paint job. Thankfully, Mondo was quick to provide a replacement head, something that they’d do for anyone with a defective collectible piece, not just a reviewer such as myself. Here’s the new head and the old head, side by side:

There are also a set of hands and feet for when the Creature is swimming that can be swapped out with the regular limbs:

As you can see, they are equally detailed on the bottoms:

Mondo has even included a reproduction of the fossil which sends the scientists to the Black Lagoon in the film:

If I had one complaint about the accessories, it’s with the included figure stand. The stand has an interesting shape to its base, but it feels unfinished. There was a great opportunity to make a fully 3-dimensional scenic base which included some tropical plants. At the very least, Mondo could have placed a Creature From the Black Lagoon nameplate on the base, like Hot Toys does with their licensed sixth-scale figures. But as I pointed out earlier, the Creature will stand without needing the base, so you won’t necessarily need to use it.

Mondo has knocked this Creature From the Black Lagoon sixth-scale figure out of the park. The sculpting is impeccable, and the paint job mirrors the look from existing color production photos of the black and white film. There’s a great assortment of accessories included to reproduce the various looks from the movie, more than most people will probably use.

My only complaint is with the figure stand, which is uninspired except perhaps for its abstract shape, which leaves it looking like a pool of melted black rubber. I know that some enterprising owners of the Creature have already taken to customizing the base of the stand themselves, creating little Black Lagoon dioramas.

Here’s hoping this is just the first of a whole line of Universal Monsters sixth-scale figures to come from Mondo. The Creature would look fantastic on any collector’s shelf.

The Creature From the Black Lagoon sixth-scale figure is currently sold out at the Mondo webstore, but is available to preorder now from Sideshow Collectibles, in both the normal collector’s edition, and the exclusive silver screen variant.

Note: Mondo provided this figure for evaluation, but had no input into this review. 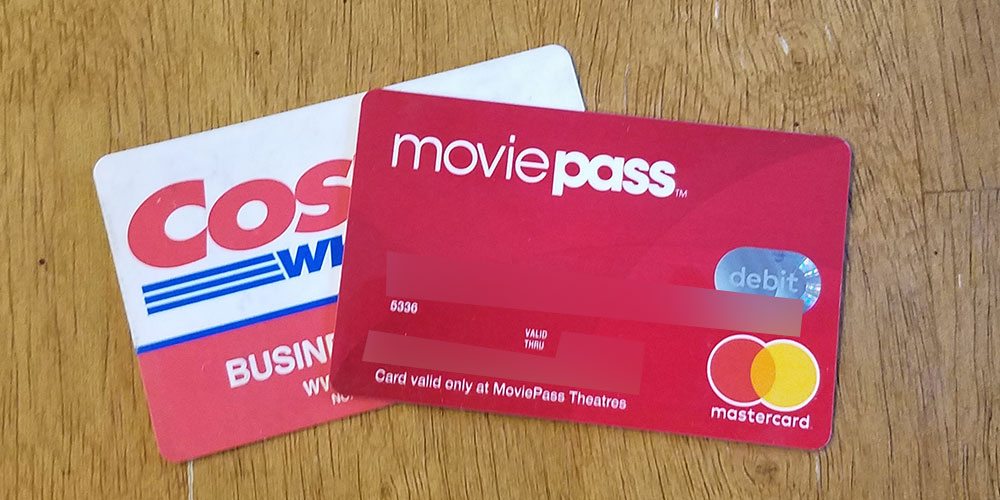