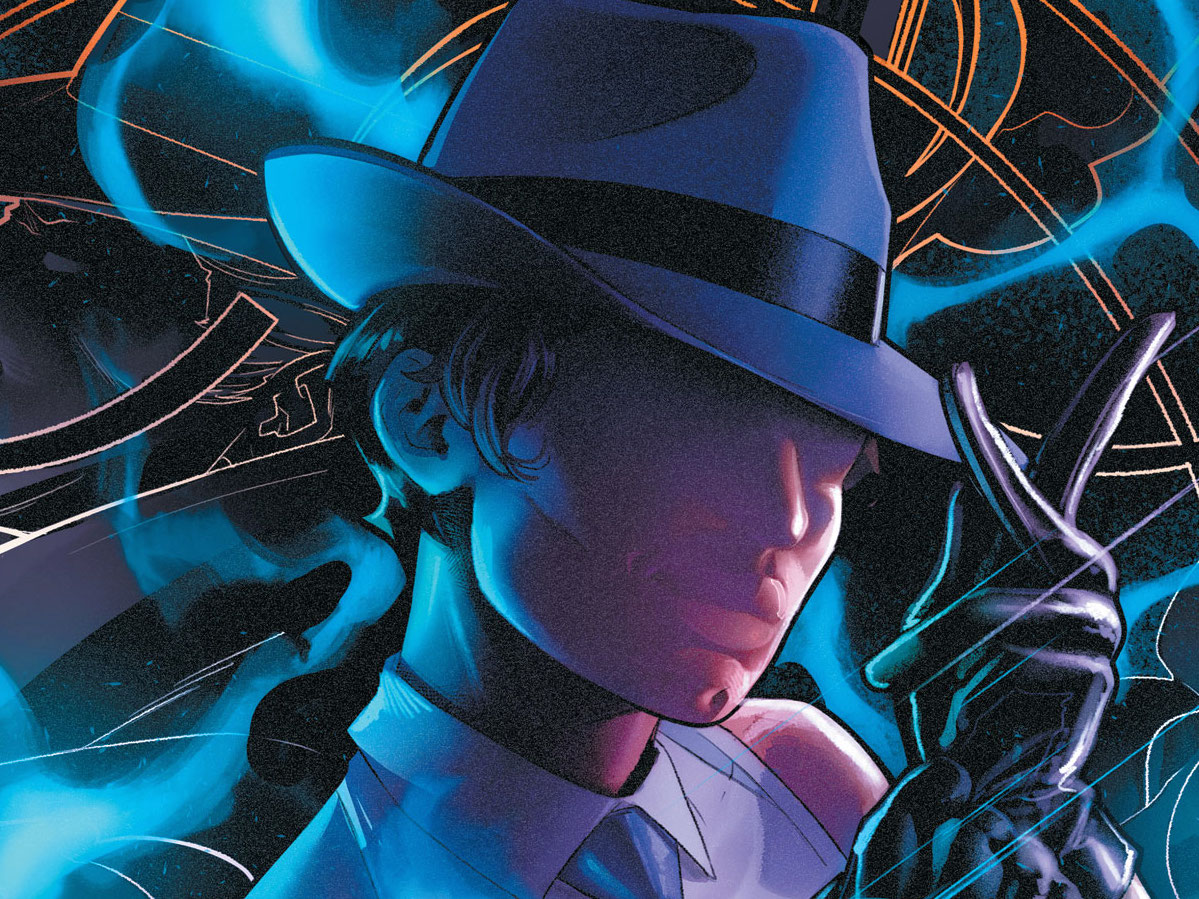 Ray: This series is incredibly ambitious, with each issue covering decades of DC history from the perspective of one or two characters. Renee Montoya’s story may cover a little less – her DC history only starts in 1992 – but she’s sure packed a lot into those years. Much like the other issues, this is essentially a prose story with gorgeous art accompanying it, and the format works. From the moment it begins, we’re grounded in the complex web of identities that Renee wears every day – Catholic girl, closeted lesbian, woman of color, Gotham cop – and John Ridley does a great job of exploring those contradictions. The opening segments of the issue might be the strongest, as this glimpse of Renee’s youth is material we’ve never really seen before. From a formative tragedy of her little brother barely surviving a stabbing, to her awkward teen years as she tried to put on a heterosexual face, she’s rarely been this open and vulnerable to the reader.

From there, things get much more into recap mode. The story of her rise in the GCPD and her takes on Gordon, Bullock, and of course Batman are very interesting. There’s some interesting backmatter here for why she might have agreed to become Nanako’s anti-Bat enforcer. Batman’s history is obviously very dense, with a crisis happening every few weeks, so major events like No Man’s Land are taken care of in a few pages, and others are ignored completely. Much of the story is grounded in Renee’s key relationships with Daria and later with Kate Kane, and in the events of Gotham Central where she got her most distinct focus. The problem is, the tone here is pretty similar to the tone in that classic Gotham noir, so it doesn’t feel like much new ground is being trod. A very pointed page about her take on 9/11 is dramatic, but feels a bit much like author avatar. It’s a very good issue focusing on a great character, but the last two issues haven’t reached the heights of the first two.