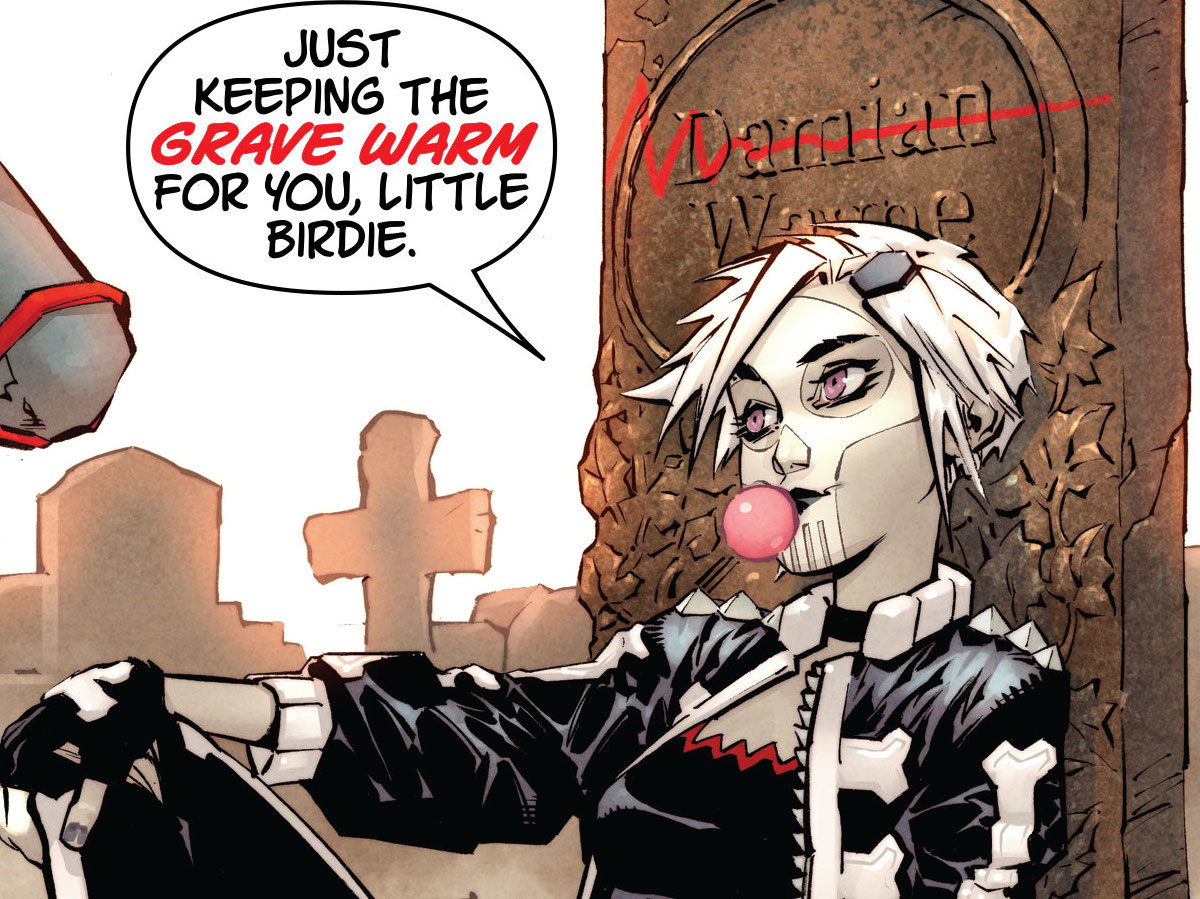 Ray: It’s no secret that Damian Wayne has been struggling to find his footing in the DCU for a while. Last issue’s debut was a great start, ending with Damian picking a fight he couldn’t win and getting his heart plucked out of his chest by the creepy Flatline. This issue takes that quality and builds on it with an incredibly fun outing that introduces us to one of the most fun settings I’ve read in a comic in a while. It shouldn’t be a surprise that Damian quickly wakes up, heart intact, and it turns out that everyone gets three deaths on Lazarus Island—with the third being actually fatal. Damian’s down one before the tournament even begins, but once he realizes he can kill without consequence, he cuts loose and evens the odds in a dramatic double-page spread. I really like the addition of Ravager, who takes on an offbeat big sister role to Damian in this issue—even if he’s not ready to grant her that status yet.

There are a lot of mysteries here, including how the tournament will grant its promised prize of immortality, and what secret is being hidden at the core of the island. We’re introduced to a whole host of other assassins, and Damian even gets another team-up with Flatline, Lord Death Man’s young sidekick, who doesn’t seem to think he should take being killed by her personally. For a book with this much violence and blood, it’s surprisingly light and good-natured, and Damian feels more like a kid than he has in a long time. With another Alfred reference, I can’t help but think his current status has something to do with why Damian is seeking this island out. Still not much of Connor Hawke, but we do get some very interesting hints about why the former pacifist Green Arrow is killing in a tournament. The cliffhanger has a surprising twist, as it looks like Damian might finally get something he’s needed for a long time. Another excellent issue in a book that’s been needed for a long time.