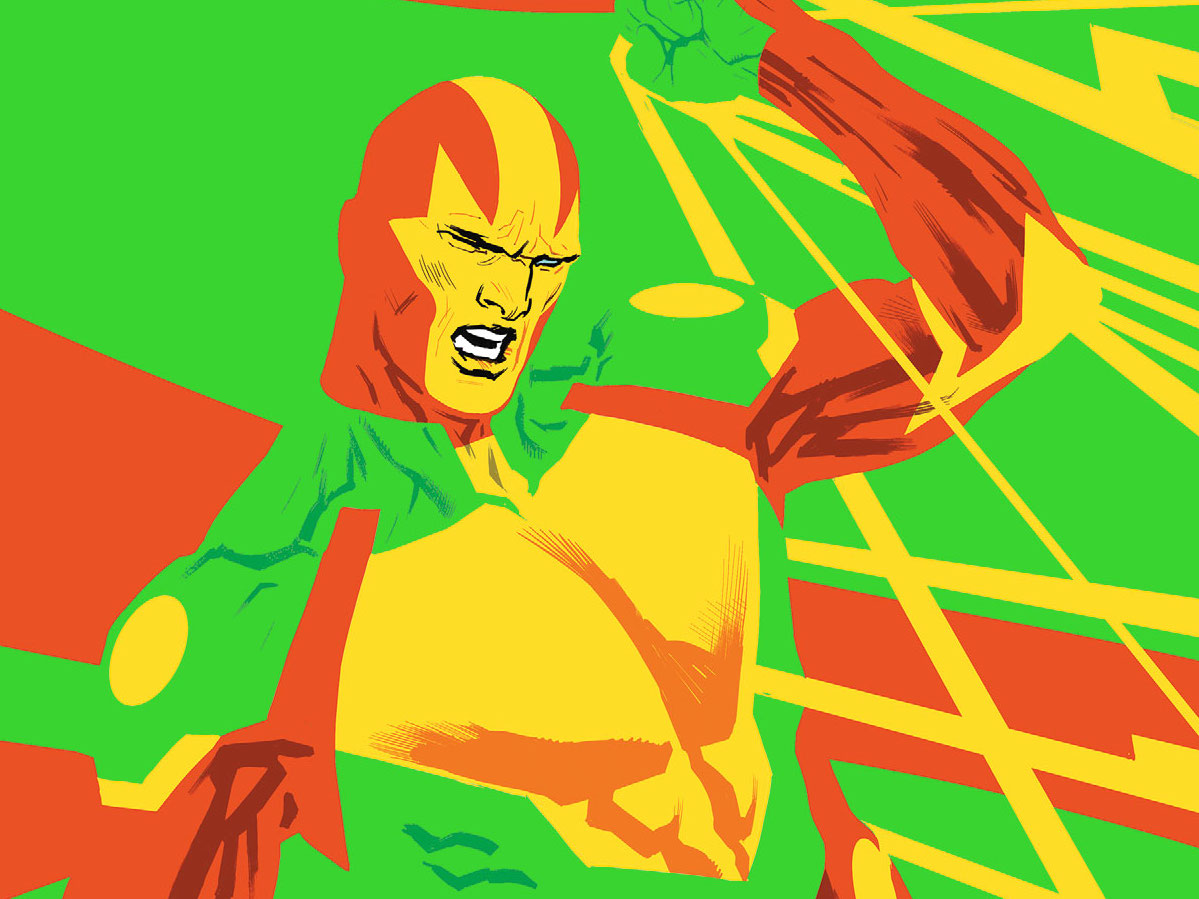 Ray: Brandon Easton made his debut on Mister Miracle in Future State, with a series of backups that focused on electric action in deep space amid the bottling of Metropolis. He does keep that energy in the first part of this miniseries, with Shiloh Norman pulling off a shocking space free-fall in front of millions of viewers and surviving by the skin of his teeth. But beyond that, there is relatively little of Mister Miracle being miraculous in this issue. It’s a much more grounded take on Norman, making him an anonymous celebrity who hesitates to expose his face to the world and taking on the racism he encounters in his day-to-day life. A lot of DC books have been unafraid to take on racial issues lately, but this is one of the most explicit. When it works, it really works—but unfortunately, it struggles with making Shiloh Norman a character we want to invest in.

The character’s always been a bit prickly, but this version feels more so than past incarnations—even Easton’s own work. His bickering with his agent has some good moments (although seriously, media—stop making Jewish characters stand in for clueless white dudes), but his interaction with a potential love interest is more problematic. He meets her on a mission and falls for the attractive firefighter, makes her sign an NDA to find out his secret identity, and then they spend the entire date insulting each other and it ends on a toxic note. He even bickers with his Mother Box. Things pick up with the final act, although the cliffhanger reveals a major new villain that seems to fly in the face of something we’re seeing in another, much more hyped book. The reveal that in this new reality, Thaddeus Brown was a black man as well, is interesting and the material about the legacy of Mister Miracle may be the most interesting thing here.