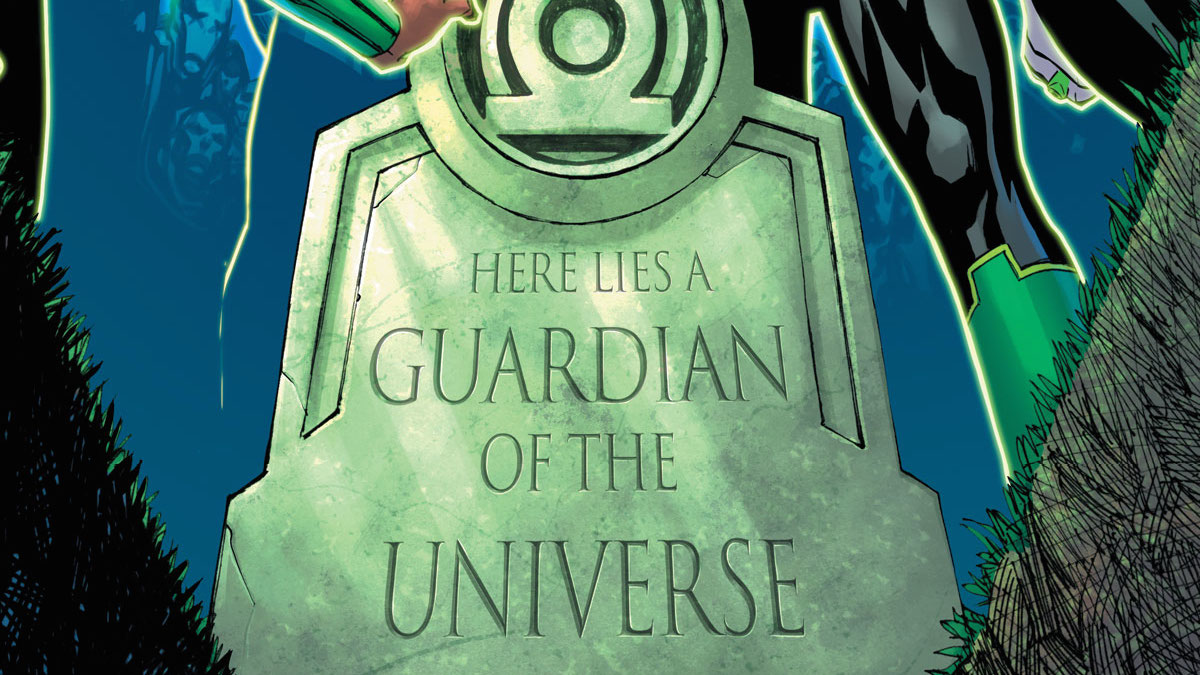 Ray: Two issues in, Geoffrey Thorne’s Green Lantern run feels less like a fresh start and more like a nuclear bomb detonating in the middle of the franchise. That’s both a good thing—it feels like truly uncharted territory—and trouble. So much happens so fast that we get the same sense of whiplash that our many leads do. When we last left off, Oa applied for entry in the United Planets, suffered a massive terror attack from rebels claiming that they had killed the age of Magic, and then saw another attack lead to the death of a Guardian. I’m always a sucker for stories that explore the way death is different in the DC universe, where resurrections are common, and the funeral for the Guardian delivers some surprisingly powerful emotional punches. But there’s barely any time to reflect on that before the Guardians drop the next bomb—a massive restructuring of the entire Corps.

We’ve been observing for a while that there are some holes in the way the Corps operate, and this issue seems to address them on a meta level. Why are there so many Lanterns stationed on Earth? This book explains that with the addition of the Crux Worlds, key worlds that set the tone for the universe’s advancement. Some of these worlds we know, others are new and ambiguous. But with this change comes new assignments for Lanterns—some of which essentially amount to demotions and deportations for iconic characters, and cause some major tension. It’s an intriguing new status quo with a particularly interesting job for John Stewart, but we barely have time to reflect on it before the next blow comes—and potentially claims the life of another major character that will have much more of an impact than the Guardian we lost. This could be a fake-out, but the ending makes it look like DC should be awaiting some social media blowback.