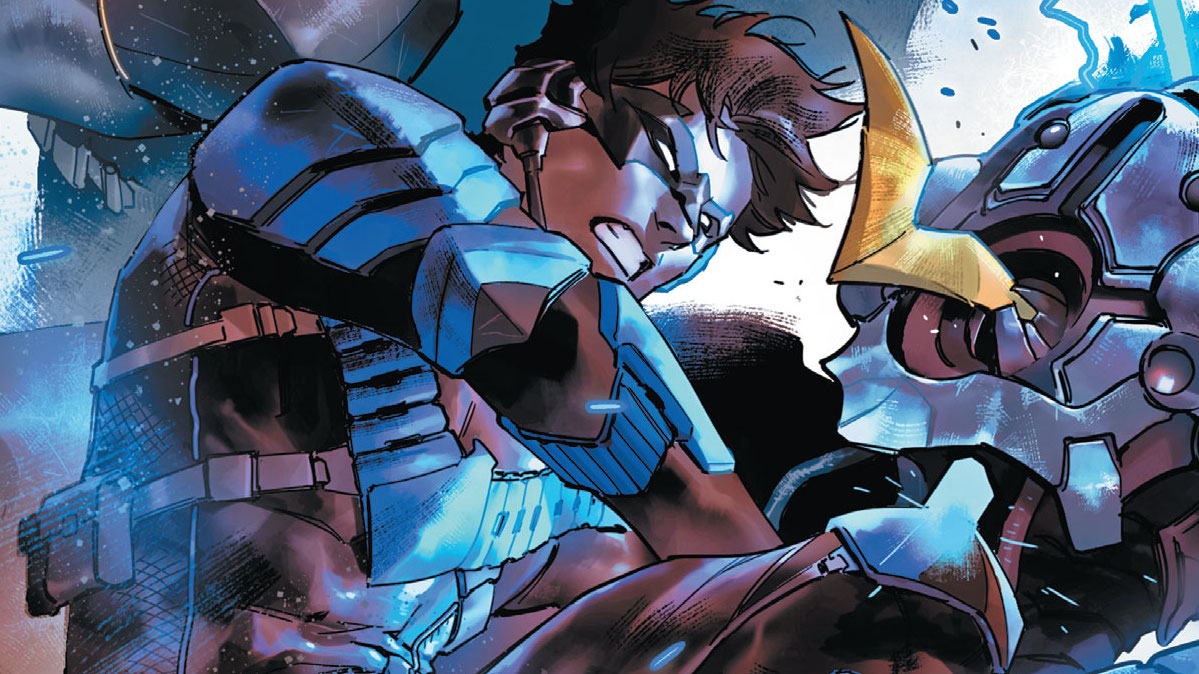 Ray: This series doesn’t break any new ground, but it really doesn’t need to. Of all the Gotham stories of Future State, this is the most “meat and potatoes”—an old-school vigilante team-up against the forces of the Magistrate. When we last left off, the new Batman had snuck into Nightwing’s sanctuary in Arkham Asylum—only for the Magistrate’s ruthless peacekeepers to follow them there. Amid the immediate action, we get a good taste for how these two heroes operate. Nightwing, guarded and angry after Bruce’s apparent death, is still hesitant to work with anyone and is ready to risk his own life to take on the enemy alone. The masked Jace Fox is a newcomer to the Bat-family and is unafraid to call out things that don’t make sense—a good dynamic we haven’t really seen in the heroes trained by Bruce. As things heat up, they quickly reach an understanding and start to fight back.

There are some surprising cameos in this issue, as the rest of the Bat-family marshals (including some surprising code-names that made me very happy), but the meat of this issue is in the partnership between Batman and Nightwing. As the brutal Peacekeeper leading the fight takes her war directly to them, we find out some dark secrets about the Magistrate’s operations, and about what drove this young woman to go to such extremes. While the issue doesn’t make any bones about how evil she is, it also seems to hold some sympathy for her. And Nightwing’s eventual resolution to the fight makes a lot of sense, having a clever twist that deals a far more devastating blow to the Magistrate than any punch could. Nightwing’s a character who has had runs of varying quality for the last few years, but this book gets one thing right—he’s a leader and the heir-apparent to the Bat-family, and here he acts like it.