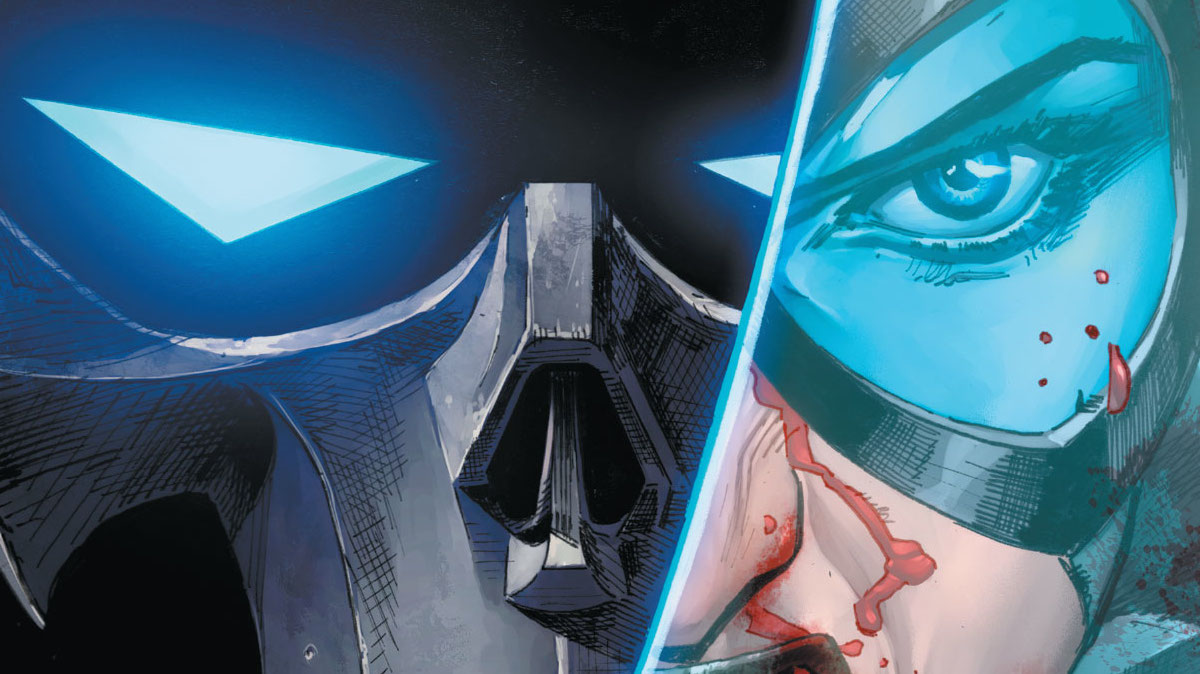 Ray: Joker is dead. That’s enough of a hook to drive this series’ first act—while superheroes die and come back regularly, it’s rare for a villain to die conclusively. And that’s what the conversation between Huntress (Helena Wayne) and Commissioner Dick Grayson is trying to get across at the start of the issue. Joker’s body has been found in Florida, his throat cut, and there seems to be no doubt that it’s him. While there is no evidence as to the killer, Helena has her suspicions, and that leads to some tense conversations between her and her mother. Selina has inherited all of Bruce’s fortune, and is now the richest person in the world. The question is, what does she want with it—and what is her agenda now that her greatest love and her greatest enemy are both gone? King tends to write Selina as inscrutable and hard to get a read on, and that comes across in her limited page-time this issue in the future segments.

More of the action takes place in the two past timelines, and I have to say—King’s Joker is terrifying. He’s not nearly as inhuman as Snyder’s version, but he may be even more compellingly sadistic. This is someone who likes suffering of any kind—both physical and psychological. It’s a smart move not to actually show us his crime scenes, as King’s dialogue lets us imagine what he’s up to. He seems to take great pleasure in pitting Selina between her two worlds, with a deeply creepy visual towards the end of the issue. And then there’s Phantasm, who continues to be used highly effectively. A confrontation with Selina this issue is the most in-your-face the mysterious antihero has been so far, and the first scene to not show her as completely indestructible. This is a character whose arrival has been built up for some time, so King is smart not to show all his cards immediately. This is definitely inspired by King’s more stand-alone, cerebral work as much as his Batman run, and it’s paying off. 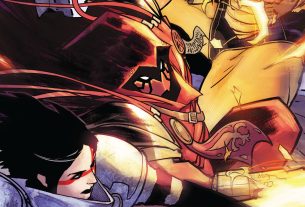 Review – Sword of Azrael #2: The Survivors