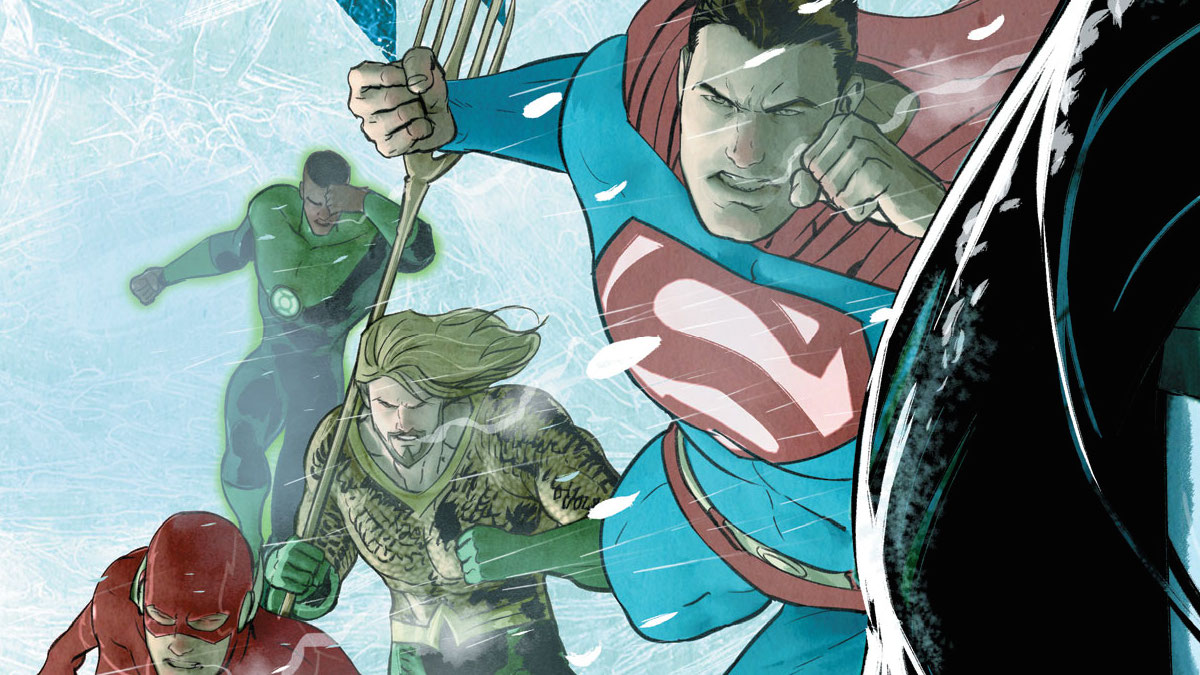 Ray: For ’90s comic fans, this event is likely to bring back memories of classic one-month events like Final Night and Zero Hour. Endless Winter will spin out into several ongoing series and specials this month, but it all starts in this oversized one-shot. Co-written by classic DC writers Ron Marz and Andy Lanning (who will write every issue), this story starts relatively tame, with a low-rent supervillain alliance of Catman, Rampage, Multiplex, and Icicle Jr. being foiled by the Justice League. Barry wants to know how the League balances heroism and family, but they’re too distracted by their own affairs—and they’re about to be more distracted, because an apocalypse from the past is looming.

This is a surprising tie-in to the final arc of The Terrifics, because the villain who kicks off this crisis is Sebastian Stagg. That’s one thing that surprised me about this issue—it’s very keyed into current continuity, with references to Aquaman’s young daughter and Superman’s identity revealed. The one exception? Black Lightning is now a single dad of two preteen superpowered daughters, not a lone hero like he’s recently been portrayed. Now, I’m personally thrilled to see this new status quo, but it’s a bit out of nowhere. This slice-of-life segment, of course, is derailed when Stagg—like all idiot evil corporate executives—digs too deep in a site he shouldn’t and unleashes an ancient evil.

That would be the Frost King, a supernatural villain who creates living ice beings that terrorize the League and plunge the world into an unsurvivable ice storm. While the Justice League has never encountered him before, a brief flashback segment by Marco Santucci reveals that he’s been encountered before by what seems like an ancient version of the Justice League Dark. That makes Black Adam a surprisingly key player in this event. The creative team does a good job of selling the potentially world-ending scale of this conflict, and the art by Howard Porter on the main story is great. I think a lot of people were expecting this to be a throwaway story in the last month before Future State, but this first issue is really promising and engaging.

Review – The Terrifics #3: Not a Team Yet