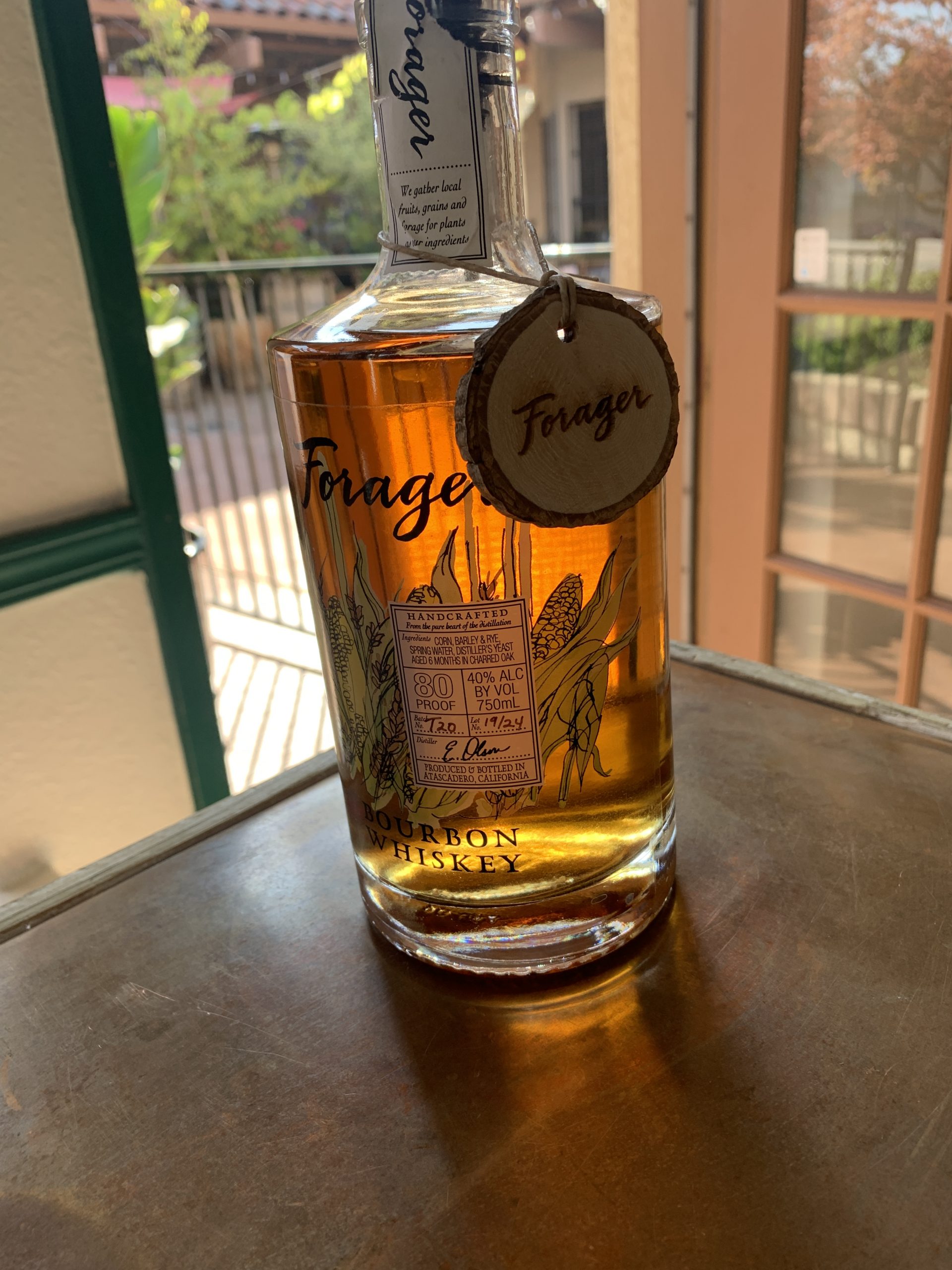 There are plenty of good reasons why the sales of spirits are skyrocketing this year. 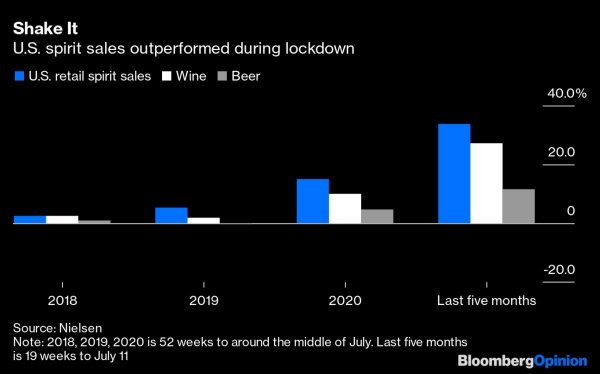 Which is why I figured it’s time for another of my seasonal spirits lists. The spirits included here are either personal discoveries from searching out cool local sources, or in a few cases, PR approaches (always welcome). I’ll also point folks back to my guides from last year, 2018, and urge everyone who hasn’t, to try out the recipe for Boilo that I included years ago (and which is a family holiday party favorite – which alas we’re missing this year). Many of these will be regional, but hopefully you can get them shipped depending upon the rules in your area. 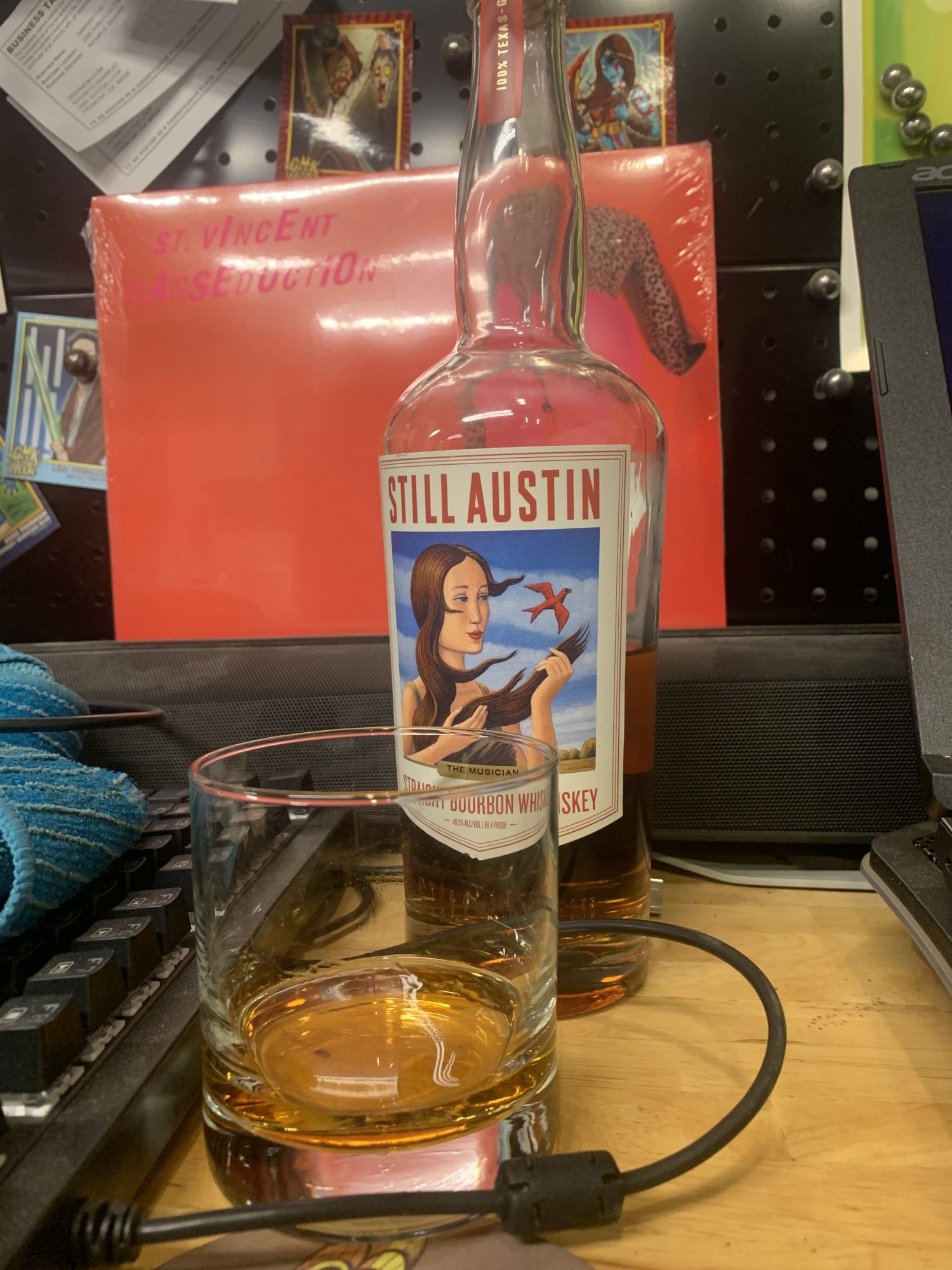 Last year, the fine folks at Still Austin sent me their first edition high-rye whiskey, which was a spicy delight. This year, they have gifted me again, but with their new Straight Bourbon Whiskey, aka “The Musician.” Like microbreweries of an older age, Still Austin joins a new wave of small regional distilleries focusing on local ingredients, and absolute control over the entire process, so as to deliver a high-quality regional variant of classic spirits. Their flagship bourbon proves that Still Austin is doing things right. I would be in deep, deep trouble if this bourbon was available at my local Total Wine, because it would quickly be in my regular rotation. Flavors include citrus, various spiced (including a sense of holiday spices), and a rich, round mouthfeel. This is an excellent sipping bourbon, and would mix well in simple cocktails that won’t mask the primary spirit, but enhance it.  If you live in Texas, especially around Austin, you should be able to find Still Austin Straight Bourbon Whiskey at your local liquor store, especially at Total Wine, for about $45 a bottle. Outside of that area, they do ship, and if you order a six-bottle box, they’ll pay the shipping, which is a pretty good deal.

Earlier this year, we spend a delightful weekend in the central coast region of California, and specifically in the town of Atascadero, which lies between the Paso Robles wine region, San Luis Obispo, and Morro Bay. Atascadero is an arts community, not unlike a smaller and far less-pretentious Carmel. One of the best things about the town is it’s centrality to so much of the wine-making and brewing industry in the area. Even better, they have a distillery as well.

We discovered Central Coast Distilling by chance, looking for small wineries or breweries to experience. When we saw this tiny mom-and-pop distillery was giving tours and tasting at their little storefront facility just a block from our hotel, we had to try it out. You could almost literally call it a hole-in-the-wall. Their entire facility is maybe 1,200 square feet, including the tasting area, which is two tall row tables, stuck in between the storefront and the equipment. But if you visit for a tasting you’ll be treated to a delightful experience, with both their unique hyper-local spirits, tasty snacks, and warm conversation with the owners. 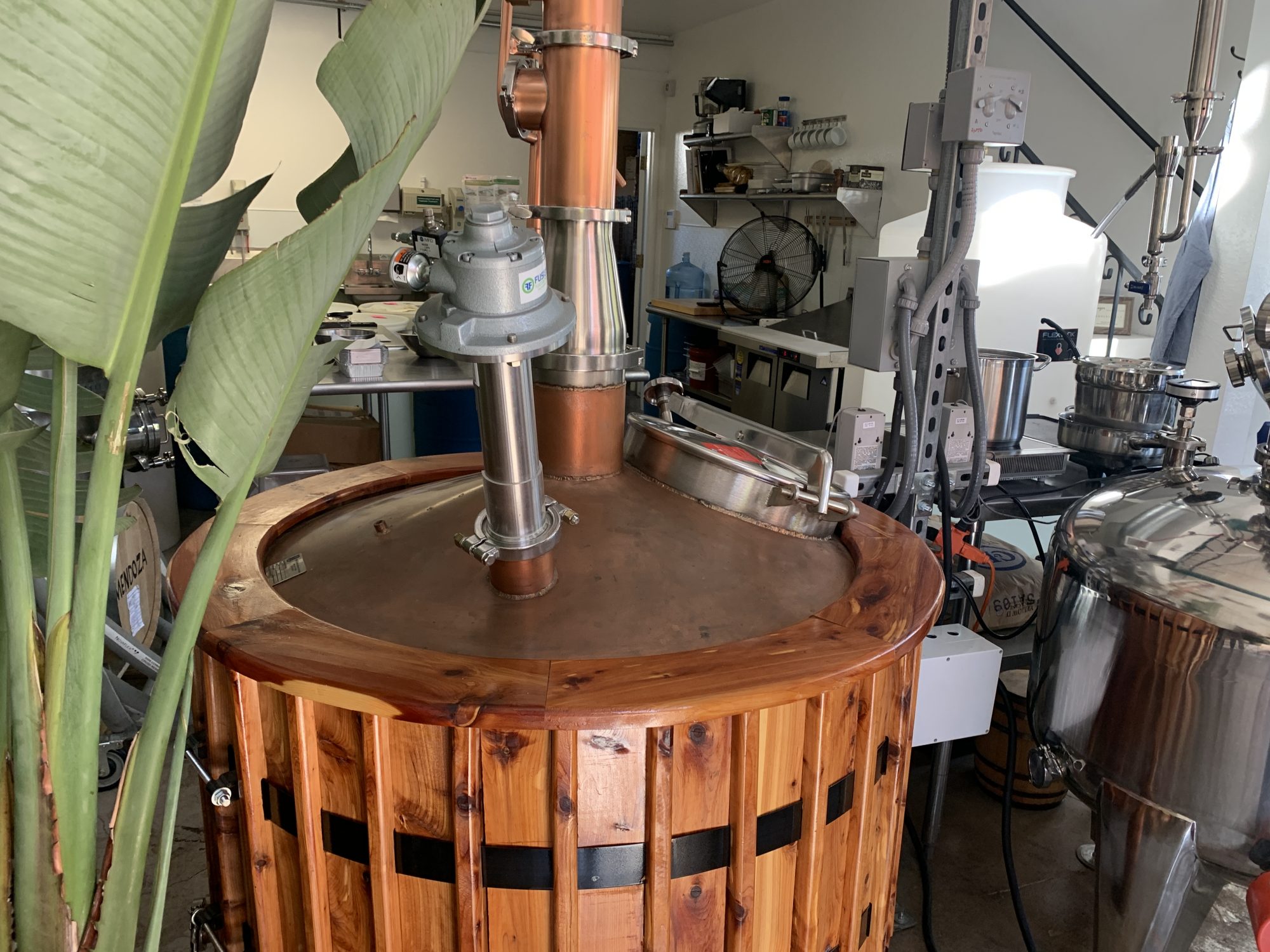 And those spirits! The co-owner and master distiller, Eric Olson, who will be there to serve you your tastings or custom cocktails, will tell you all about his approach to distilling, which includes using specialized yeasts, local ingredients, and a penchant for crafting unique versions of the spirits we all think we know. Probably the biggest revelation was the gin. Whatever the magical combination of infusion method and fresh local aromatics Eric uses creates the most delicious and drinkable gin you can imagine. We had people in our party who had never considered sipping gin neat before simply falling in love with it. Not far behind the gin is their vodka, distilled from local honey, a delicate  and haunting bourbon, and a dark rum that’s finished in bourbon casks that is a whole experience by itself. Their various offerings (there’s more to explore!) run from $32 to $45 a bottle, and are available for delivery.

Another example of a hyper-local distillery turning their passion into making spirits that will knock your socks off. Coming all the way from from Islay, in the Hebrides islands of Scotland, the various offerings from Bruichladdich are complex and rewarding examples of pushing the limits on your craft. I have been challenged by other Islay Scotches in the past; the intensity of the peat-smoke in their flavors tended to overwhelm me and detract from the other essences that make Scotch enjoyable. However, my first sip of the Octomore 11.3 revised my opinion as to what a really good Islay Scotch could be. They orange-honey sweetness of the malts lifts up the peat, and delivers an entirely enjoyable experience with huge mouthfeel and a long, lingering finish. It makes me imagine what Scottish BBQ could be like!

There are more offerings to try, of course, but if you are a Scotch lover, or know one, this would make an amazing holiday gift. Bruichladdich is available nationally, it appears, via Total Wine, with prices starting at $50 a bottle. 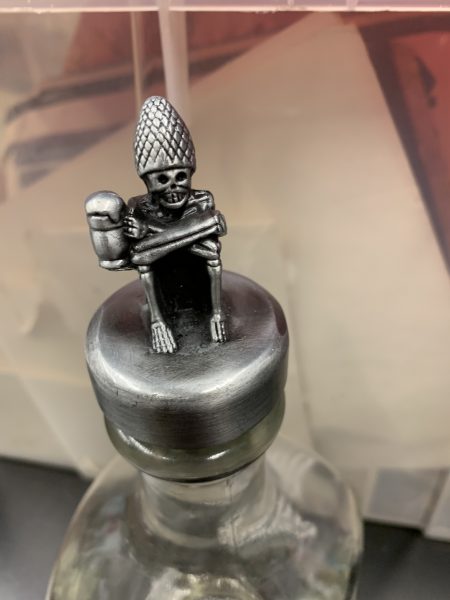 And rounding things out, possibly the best bourbon bottle you can buy (filled with a really tasty whiskey as well), comes from one of the most popular California breweries, Rogue. Made from the same malted grains as goes into their famous Dead Guy Ale, the whiskey actually carries many of the same flavor profiles: honey, malt, and caramel. It’s another great sipping and mixing whiskey, and when you’re don’t with it, the bottle top becomes a keepsake! Dead Guy Whiskey goes for $38 a bottle via Total Wine.

Note: I received review samples of some of these. Sometimes, running a blog has its rewards.