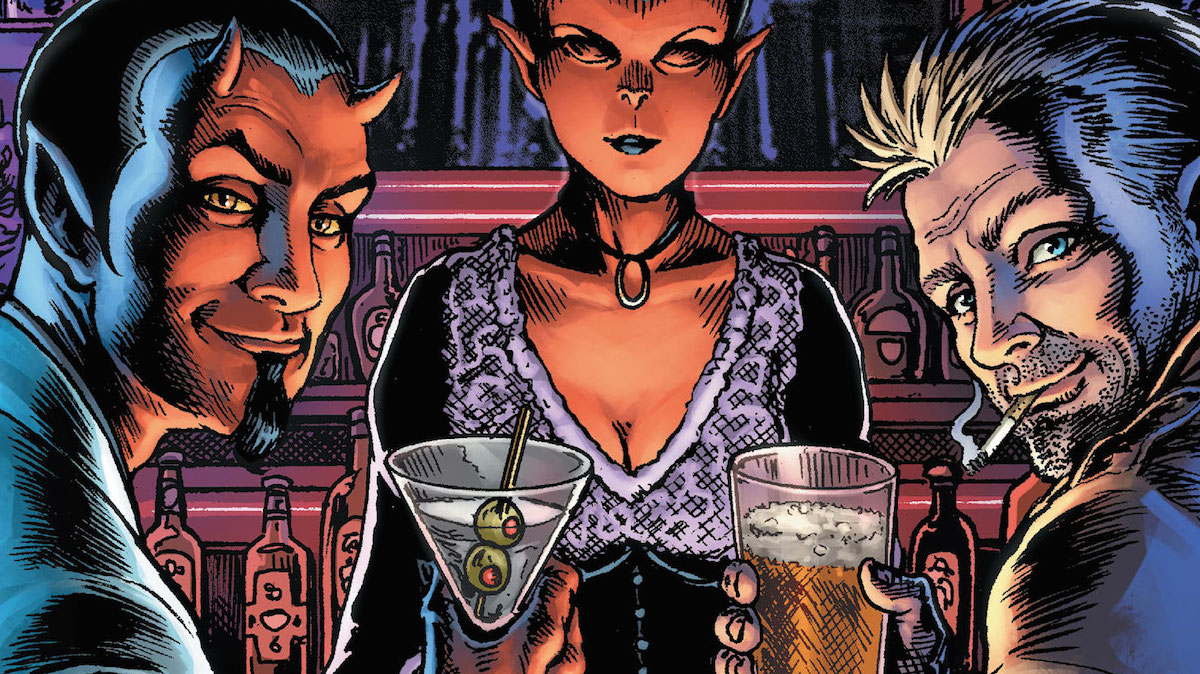 Ray: Tom Taylor’s take on John Constantine is probably the most true to the original Vertigo we’ve seen in a long time, and this Black Label series is the perfect opportunity for him to unleash the character’s inner darkness. That’s clear right from the start of this issue, as we open up to see Constantine in bed with Satan. This being the Devil, of course, things aren’t exactly as they seem, but the horned demon is probably the highlight of this second issue. Dialogue makes clear that this is in some form the famous Lucifer, although this version is probably not the Mike Carey version. He’s got the classic horns, a much more twisted sense of humor, and a terrible temper – more in line with the classic mythology. But as hard-edged as the demon is, it’s clear he has some genuine interest in Constantine – I suppose John has caught his attention over the years – and this oddball partnership gives the story some of its funnier moments as well as a greater sense of danger.

The full cast of this series is mostly assembled now – Constantine, the Devil, Detective Bukhari, and the ghost of her partner Gary, murdered by the demon possessing Constantine’s childhood friend. Gary has a dark secret of his own that might be explored in future issues, but this issue primarily focuses on the demon Despondeo, a lesser demon who challenged Lucifer and is now out in the world for revenge. He’s genuinely one of the most chilling villains introduced at DC in recent years, both for the twisted way he manipulates a father’s grief and for his tendency to resort to extreme violence at the drop of a hat. There’s a grim, haunting tone to this issue, and the gut punch of the final page is one of the most effective cliffhangers I’ve seen in a while. Making Constantine work in a superhero universe is tricky, but Taylor has done it before. This issue makes the case, though, that he’ll never be more at home than he is in a mature-readers title set in its own gritty world. 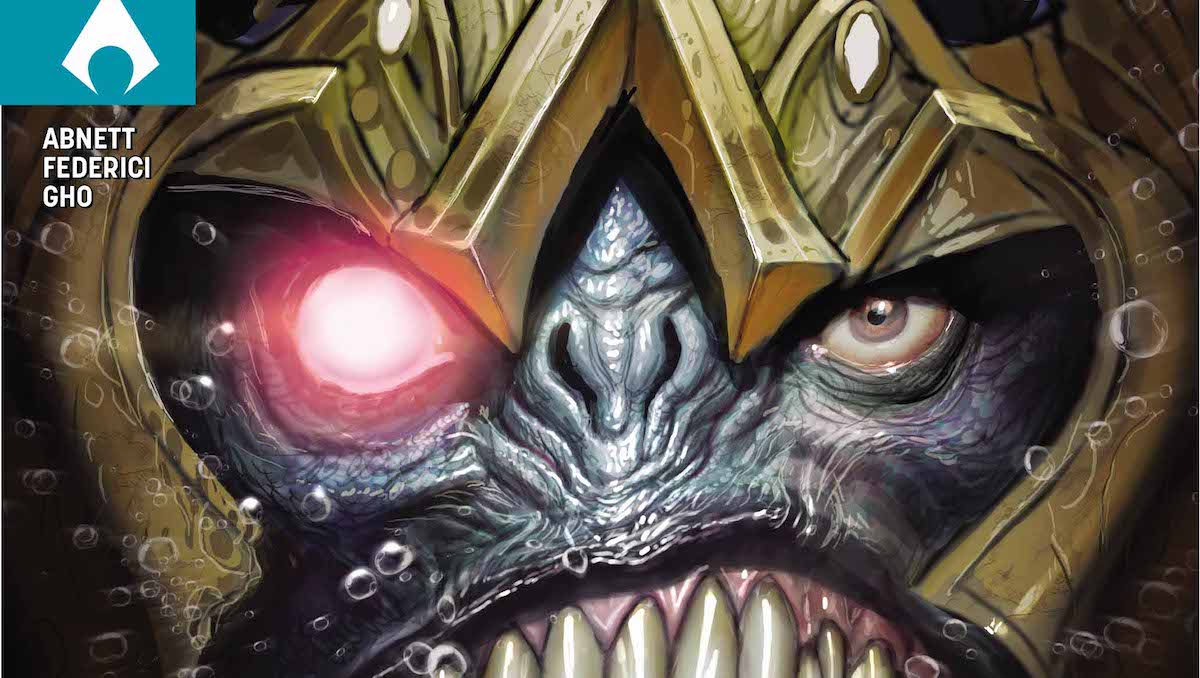