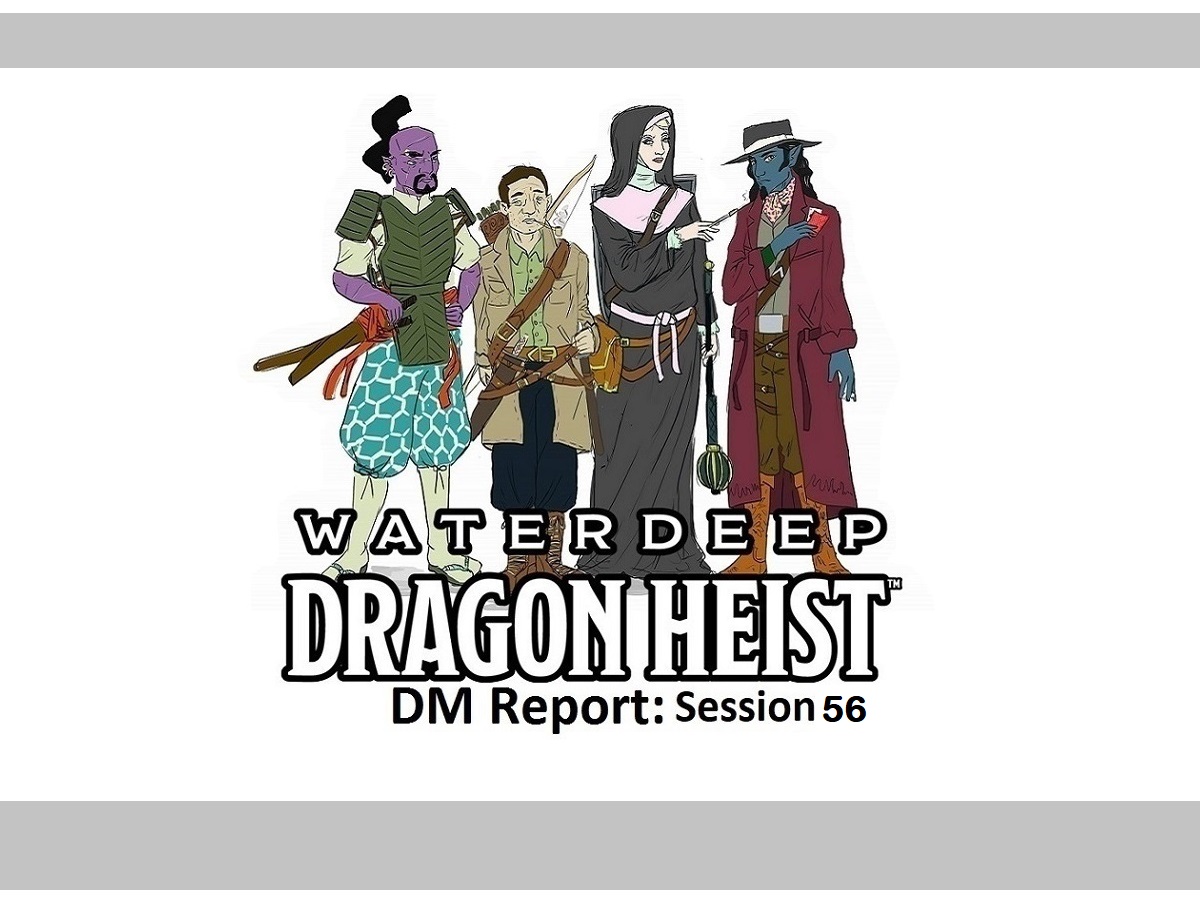 Ahmeargo couldn’t believe his luck. The fog cloud offered the perfect cover for him to sneak out of the room. So, clutching a furry soft beholder plush close to his naked body, he swiftly made his way down the corridor and back to his rooms. As he crossed the threshold, a booming blast echoed mightily around the halls. He smiled. Soon the whole force of the Xanathar Lair would be upon those idiot adventurers and no one would have to know they got the better of him.

After a couple weeks off, last night was the 56th session in our online D&D Dragon Heist

campaign, and the level six heroes were deep behind enemy lines and were about to go out from the frying pan and into the funeral pyre.

We started playing Dragon Heist nearly two years ago and for the last six months have been on the cusp of its conclusion. We play online using Roll20’s digital tabletop platform, and use Trello and DnDBeyond to keep track of campaign information. We also stream all our sessions live on Twitch. To date our record number of simultaneous viewers, to the nearest ten, is ten. Although we have no way of knowing if any of those were deliberately watching our channel, or if they accidentally stumbled upon our game while searching for videos of pensioners wrestling their pets. 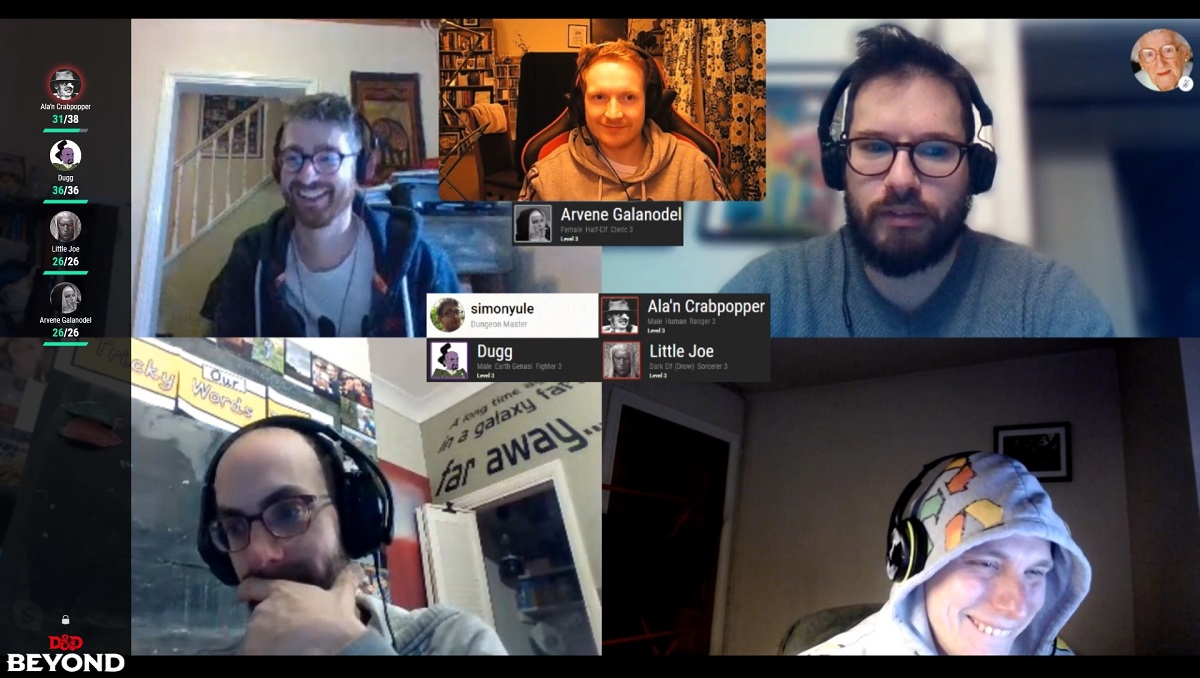 Alan, Arvene, Dugg, and Joe have been through the mill. Two of them have died and been brought back. One is a secret wererat. One is being blackmailed by the leader of a drow secret society. And one has been enlisted as a reserve dungsweeper. They have been searching for the Stone of Golorr. It’s a mysterious object that will potentially lead them to a hoard of embezzled treasure, but they’re not the only ones on the trail. The Zhentarim (bad guys), the Xanathar Guild (also bad guys), Bregan D’Earth (more bad guys), and the Cassalanters (rich folks, and therefore probably also bad guys) are desperate for the stone too, and willing to do whatever it takes to get it.

Last session, now in possession of the Elvis-impersonating Stone, the heroes completed a mission for Bregan D’Earth by assassinating a turncoat drow in the Xanathar Lair. They also fell afoul of Ahmeargo the second-in-command of the Xanathar Guild, before battling for their lives against four more Bregan D’Earth operatives, seemingly with orders to kill the party and take the Stone of Golorr.

The smoke was still clearing from Arvene’s fireball. Alan and Little Joe were badly hurt and the group decided they needed to leave as soon as possible. But first, a little fun with some fireworks. Or more precisely 23 barrels of highly explosive smoke powder.

The session began as Alan made one of his first leadership decisions since nominating himself as the man in charge 30 seconds earlier. They were going to blow up the Xanathar Guild hideout. There are lots of ways they could potentially do this. Some of which are covered in the campaign sourcebook. They decided the best way was to simply set fire the barrels right there in Nar’l’s office quarters. They had access to a map of the lair, which even had some structurally important load bearing pillars pointed out on it (incidentally these were not inside Nar’l’s room). But this didn’t deter them from their plan. Needless to say, this strategy does not feature in the Dragon Heist book.

So, after calculating how long a fuse they could create with an entire barrel’s worth of smoke power, Alan and Little Joe set about preparing the room for the explosion. Meanwhile, Arvene and Dugg went off exploring the neighboring rooms.

The first door they went through lead to a large, dark, misty room that had three giant crystal cylinders dominating the center. Suspended in each was a dead beholder preserved in embalming fluid. This was the Crypt of Xanathars Past. There were urns containing more beholder remains dotted around the room in alcoves, and a lone zombie caretaker sweeping the floor.

Dugg, being a dungsweeper and therefore kindred spirit to all who wield a broom, instantly made friends with the zombie, rolling 15 (with advantage for being nice) on his charisma check. He urged the zombie, whom he dubbed “Number 42,” to exit the premises as it was about to bet a bit “explodey.” Number 42 exited the room through a secret hidden door, which Dugg noted for later.

As Dugg turned to leave the crypt, Alan came in to urge them to hurry. Alan’s attention was instantly captured by the preserved, deceased beholders and he started investigating the room. Dugg, bored now, left to join Little Joe. Arvene, however, was transfixed.

The Stone of Golorr had begun whispering to her. It was urging her to take an eyestalk from the suspended cadaver. The Stone reminded her of the keys to the Vault of Dragons: The eyes of an enemy, the words of a villain, and a weapon that would do you harm.

Reluctantly, she complied and Alan assisted her in smashing the glass and dissecting the dead beholder.

While Arvene and Alan spent time in the crypt, Little Joe and Dugg were outside in the hallway. Dugg was doing press-ups next to a smoke barrel and Little Joe was exploring.

Alan and Arvene were taking quite a while, so I asked Little Joe to roll on the encounter table from the Heisting Xanathar’s Lair supplement as he explored around a corner. His roll was not good.

A frantically floating Xanathar glided towards him muttering, “Treason! Treason!” under his breath. The beholder had just heard rumors of a plot to blow up its lair and ignored Little Joe as he headed straight for Nar’l’s quarters. As he rounded the next corner, the beholder saw Dugg leaning on a smoke barrel and yelled, “Treachery!”

To make matters worse, Alan and Arvene were in the next chamber cutting off the eyestalks of Xanathar’s great, great grandfather. Xanathar was less than impressed by what he saw.

A fight ensued. And one which could have easily killed my players if I had rolled better or they had failed more of their saving throws against the beholder. I say “a fight”; it was more like four adventures running in different directions hoping that the beholder focused his attention on someone else.

They were also separated for the fight. Alan and Dugg were at one end of a corridor, with Alan and Arvene in the crypt. Xanathar focused his ire on the crypt.

In the first round the beholder managed to cast a sleep-ray on Alan, sending the ranger unconscious, and only just missed a disintegration-ray versus Arvene. It would have not ended well if that particular ray had hit.

Meanwhile, Dugg and Little Joe were panicking. They spent the first round running and celebrating the fact they weren’t being “ray-ed,, before realizing their friends really did need their help. Little Joe could only think of one thing. So he cast Firebolt on the smoke powder fuse and watched as the flames raced towards the carefully arranged barrels.

The explosion rocked the whole facility. This was the second level of an underground facility, so an explosion of this size had some pretty major implications. Luckily for the heroes, this changed the tone of the encounter. Now Xanathar just wanted to escape the crumbling lair so, ignoring Arvene and the still-sleeping Alan, he cast his disintegration-rays upwards and fled the scene through tunnels his eye-beams drilled through the rock.

Arvene and Alan followed suit, finding the stairway which Number 42 dashed up moments earlier, all the while dodging past falling masonry and crumbling walls.

Meanwhile, Little Joe and Dugg were making their own escape. The falling ceilings had divided the party, so they had to find another way out and hope that Alan an Arvene would catch up. Passing some bugbears along the way, Dugg asked for directions to the cells—he wanted to make sure no innocents were trapped in there as the hideout crumbled. The bugbears had seen Dugg stand up for a downtrodden sweeper in a previous session, so they helped him. As Little Joe and Dugg rounded the corner to the cells, they bumped into Alan and Arvene, just as the sound of drilling came from below.

Breathing heavily and badly hurt, Arvene and Alan dashed into the large room, just as ten or so scared bandits ran out. Two thugs were brawling in the center, seemingly unaware of the environmental challenges, when suddenly another explosion rocked the lair and a large chandelier fell from above, pinning them to the ground. Dugg and Little Joe joined Arvene and Alan, just as the floor below began to shake as the sound of drilling rose upward. END

This is not how I planned the session to go. It was certainly not my intention for the level six heroes to come face-to-face with an actual beholder. But in this campaign I guess there was always that possibility. And once they started prolonging their escape by rummaging through barrels and desecrating beholder corpses, I used the random encounters tables for the lair to see if anyone was passing by. There could have been 20 different outcomes of this roll, from nothing at all, to Armeago returning, or a pair of drunken bandits chasing a goblin. Only a 1 would see them actually encounter Xanathar. So of course that’s what happened.

The keys which the Stone of Golorr mentioned (“The eyes of an enemy, the words of a villain, and a weapon that would do you harm”) are not the ones stated in the campaign book for Dragon Heist. However, they just seemed to make more sense for our campaign. When I made up those keys I didn’t have any specific items in mind, so I’m leaving it to my players to suggest what the might be, and by doing this I’d made my players to do a bit more creative exploring and thinking.

DM Tip: Running boss monsters is not always straightforward. If there’s any chance of a big climatic battle, make sure you’ve at least read the stat block and considered the tactics for the monsters involved. A beholder doesn’t have a lot of choices with its actions, but it does have Legendary Actions, which I’d forgotten about until the second round of combat. He should have been using his eye rays after every character’s turn and this would have severely changed the outcome of the battle. However, it’s probably for the best that this didn’t happen, otherwise it may well have been the final episode in our campaign.

Next week the party will have to choose between saving themselves and saving the innocents in the cells. I’m sure my selfless, heroic players only have one plan in mind. 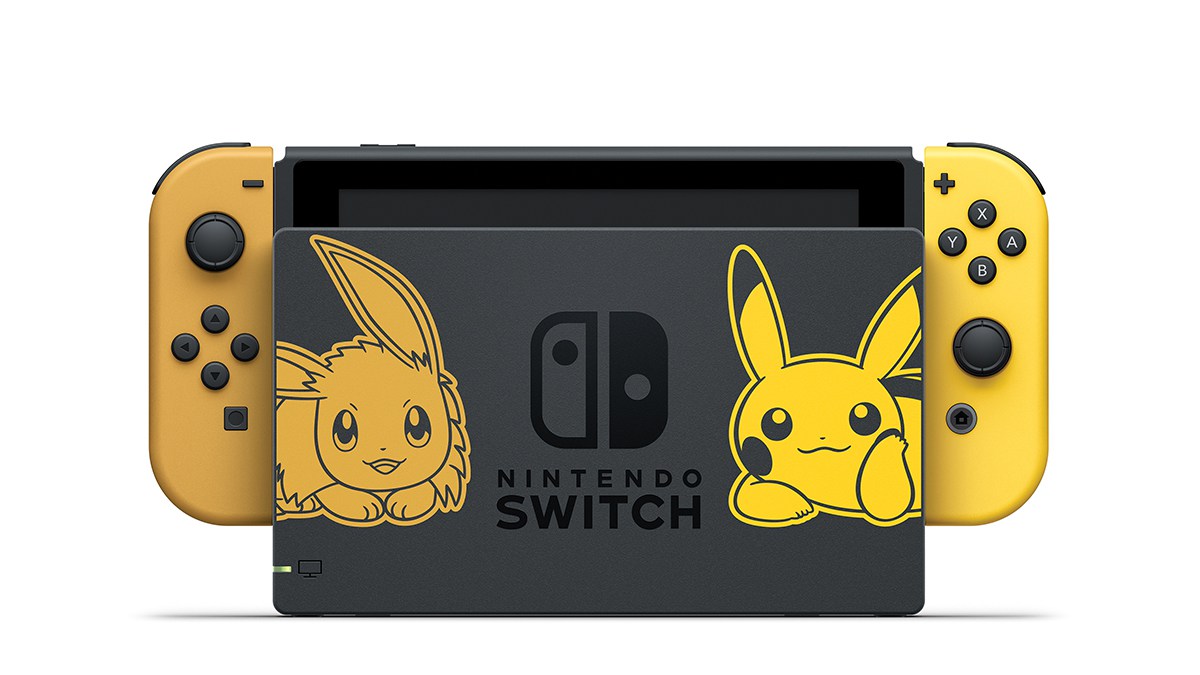 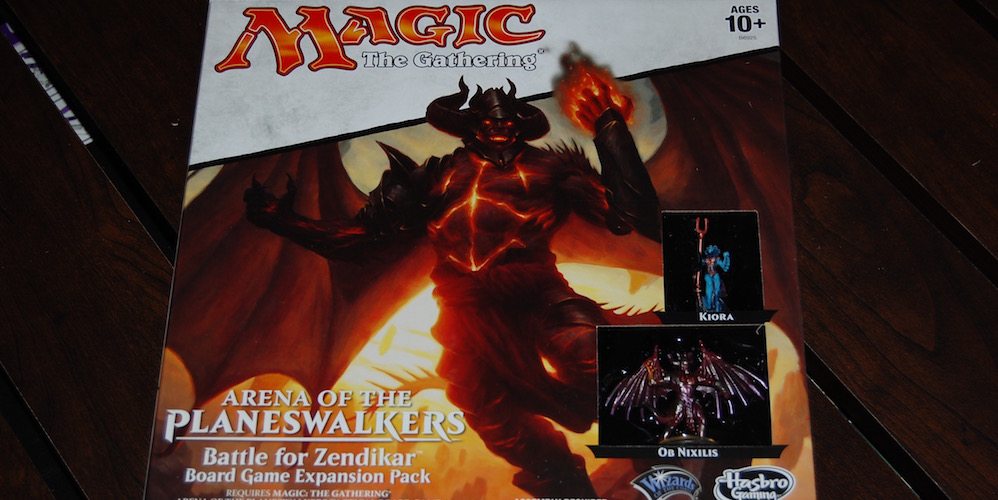 Build Your ‘Magic: the Gathering, Arena of the Planeswalkers’ Collection With the ‘Battle for Zendikar’ Expansion