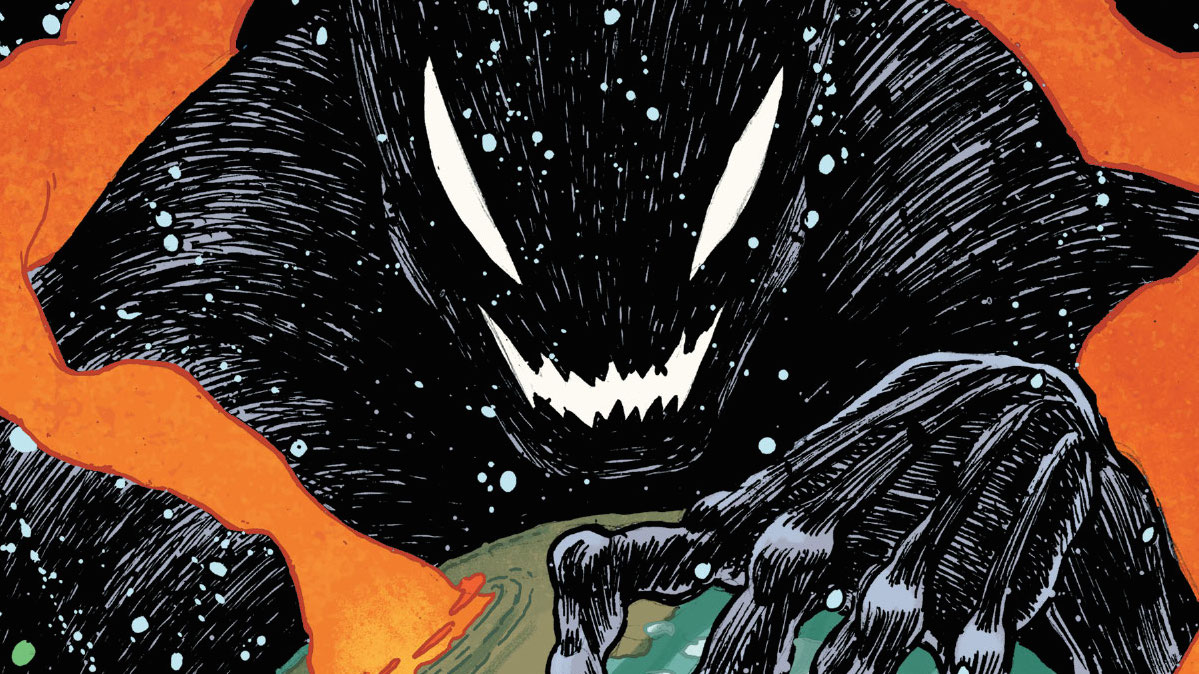 Ray: DC has been making the most of these one-shots tying into Dark Nights: Death Metal, giving them elite creative teams and unique views of a huge-scale event. This issue, written by DC architect James Tynion IV for the main story, is set against the backdrop of the fight we’ve been waiting for—as the Darkest Knight finally makes his move against Perpetua to become the one true God of the dying multiverse. But while the scenes depicting this battle are excellent, that’s not the main point of this issue. That follows a mysterious being from beyond this Multiverse, the Chronicler, as the strange alien comes to record the last days of the DC Universe and keep records of its heroes.

To get this story, he goes to the people who would know—starting with Psycho Pirate, who is the only person to remember all the DC crisis events. From there, he goes to Vril Dox, the son of Brainiac, who is desperate to make a deal to save himself from the dying reality and find a new one. Unsatisfied by the answers he’s gotten, he seeks out the only person who may know more—Metron, who he resurrects from the ruins of his chair. There’s a lot of exposition in this story, yes, but it’s also got a surprising emotional punch, as we watch this dispassionate alien discover the true heroism behind this universe and become a true believer in it. It feels like a tribute to all the fans who give this universe its power, and that makes it a compelling must-read chapter to the event.

The backup, by Bryan Hill and Nik Virella, is a solid Green Lantern story set against the backdrop of the events of Dark Nights Death Metal: Multiverse’s End. As the Lanterns battle to get back to Earth, they unite their power to try to outrace the Darkest Knight. But as we already know, they aren’t going to make it. That leads to a great cliffhanger where we might be getting some surprise additions to the Corps, but I was more interested in the banter between the core six Lanterns. It’s been a while since we saw them all interact, so I’m hoping that whatever comes next for the franchise, we see more of this. Overall, one of the better one-shots we’ve gotten in this event.