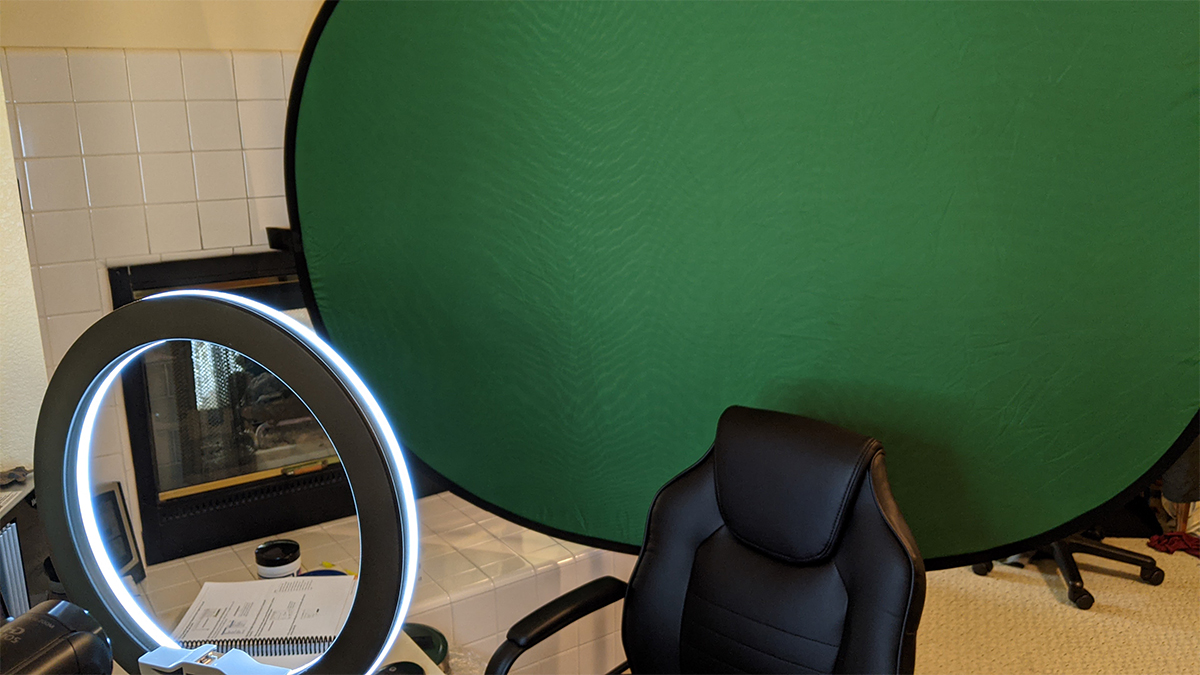 As a professor at the community college level, I know that I will be working from home full-time through at least next May, and possibly even longer. The realization that I would not be returning to teaching live in a classroom for a long time finally forced me to ditch the semi-temporary setup I had been using—which included working off a card table in my room—and switch to a setup that would be something I can use for another year (or maybe more).

And like so many others, one of my primary tools for work these days is Zoom. I’m fortunate in that my school provides me with an upgraded Zoom account (and, in fact, had been doing so long before the pandemic hit). And like so many others, one of the few joys that come from staring at a screen instead of other humans was Zoom’s virtual background feature, which also let me hide the messes that might be behind me. (The way I have my workspace configured now, I am facing my bedroom windows, so my background is the rest of the room.)

However, if you have experienced Zoom’s virtual background, you’ll know that while it does a fairly good job of finding a person and dropping out whatever is behind them, it doesn’t always work as well as we might hope, with fingers, arms, and sometimes heads flickering in and out as the algorithm tries to sort things out. The solution, of course, is the same solution Hollywood figured out decades ago: instead of the chaos of whatever random stuff your camera might point at, having a single, solid color in the background means the algorithm doesn’t really need to work very hard at all.

But of course, very few of us have a professional film studio to work in. But that problem is now solved as well with the Backdrop from RemoteOffice.

Note: I was provided with a review unit of the Backdrop and stand by RemoteOffice.

The Backdrop is a portable, collapsible green or blue screen specifically designed for home office workers who want to be able to have nice, crisp virtual backgrounds, with the very big bonus of also hiding whatever actual background there might be.

The first thing you’ll notice about the Backdrop is that it’s pretty big: roughly 7 feet by 5 feet. It turns out that it needs to be big—the lenses on most webcams these days pick up a very wide view. Even with the Backdrop as big as it is, you’re almost certainly going to need to set it very close behind you in order for it to completely fill the picture on your webcam.

I should probably pause for a moment here and mention that I use three different cameras when I’m on Zoom. I have the webcam that is built into the top bevel of my laptop’s monitor (I use a Surface Pro), I have the Do-Cam from IPEVO, and then I have a Canon Vixio video camera, which when connected to my laptop via HDMI can be used as a direct camera source. Which one I use at any given time really depends on what I’m doing. When I lecture, I use the Canon as my primary source, since it has far and away the best picture quality of the three, and also handles the lower light situations I sometimes find myself in better. However, if I’m just doing a meeting, like I do for Scouting or the local tech meeting I help run, I’m more likely to be staring at my screen then consciously looking up at the Canon, so I prefer to switch the Zoom source to my laptop’s webcam so it doesn’t look like I’m never really looking at the screen. Occasionally, if I am talking about something that I find easier to work on my second monitor, I’ll set the Do-Cam up so that it’s pointing at me but at a level closer to the other, higher monitor.

The stand, which can be purchased separately from the Backdrop, is a fairly standard lightweight tripod (it’s almost identical to the tripods that came with the softboxes I have for lighting) with a special attachment at the top to clip into the Backdrop. Even though it only holds the Backdrop at that single point, I’ve found no issues with it even feeling like it might fall. In fact, I’ve left it set up overnight and had to navigate around in a dark room, and even bumping into the sides of the Backdrop didn’t cause it to detach from the stand. In theory, you could do without the stand and just prop the Backdrop up on something else, but generally, it’s going to have to be high up—when I’m using it, the bottom of the Backdrop is at least a foot off the floor, and again, you’re going to find that it needs to be pretty close behind you to work effectively, so leaning it against the wall or something similar probably won’t work. In short: buy the stand.

Because my work area is my bedroom, the Backdrop is big, and I don’t lecture every day, I am constantly setting it up and taking it down. And thankfully, that process never takes more than a few minutes. Once you remove the Backdrop from its storage bag, it basically wants to unfold by itself. (It’s built around the same principle as those sun shades for your car, with a metal cable running along the outside edge.) I then hold it up an estimate the center of gravity (and it there was one thing I would improve on this, it would be putting some kind of small marker on that black outer band marking that center), and then attach it to the stand. I then lift it up by extending the tripod, and then I open my Zoom meeting and play a little dexterity game of getting the Backdrop positioned just right to fill the camera view. The oval shape here is nice, too: for my setup, it definitely works better in a horizontal configuration, but I can see how others would benefit it from it being more vertical.

Anyone who works with green screens will tell you that the most important factor in them working correctly is getting them uniformly lit. That can be a significant challenge here, as again you’re probably not dealing with thousands of dollars of studio lights. However, I have found that Zoom’s algorithm is good enough that as long as there aren’t any really bright or dark areas on the Backdrop, it’ll work really well. Occasionally, I have had issues with the sun shining just so through the blinds that it leaves a series of bright dots on the Backdrop, which can cause some weird effects with a virtual background, but that was solved with a $1 purchase of a piece of foam core from the Dollar Store to block that bit of errant light. And, of course, none of that is the fault of the Backdrop.

The only real challenge I’ve run into with this is folding the thing up when I need to put it away. RemoteOffice was kind enough to provide me with some links to YouTube videos that showed how to do it. (I found this one to be the more helpful of the two.) I would guess that I manage to get it to collapse the right way the first time about half of the time, and the rest I have to try it a few times. But, to be fair, I was never very good at folding up those car sunshades, either. I do really like, though, that I can put this whole thing away in a matter of minutes, so that the majority of the time when I’m not teaching or doing Zoom meetings, it’s not there taking up a bunch of space in my room.

I should also mention that while I personally only use Zoom, and the marketing by RemoteOffice is mostly built around Zoom, there’s nothing really Zoom-specific about the Backdrop. As Zoom’s competitors add virtual background features, it’ll be useful for them as well. And honestly, even if you don’t use a virtual background, just having this thing that you can set up behind you so that you don’t have to clean the room is fantastic.

As I face the uncertain reality of not knowing how long I will be working at home, knowing that I can always have a great looking background is one less thing to stress about. I have used my Backdrop for every Zoom meeting since I got it, and I think I can say with confidence that if you do any amount of working from home and videoconferencing, you’ll like having one, too. And at only $65, and it’s also something you might keep in mind as a potential gift for the other working-from-home folks in your life.

The RemoteOffice Backdrop can be ordered directly from their website. 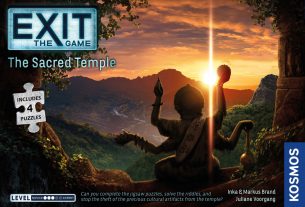 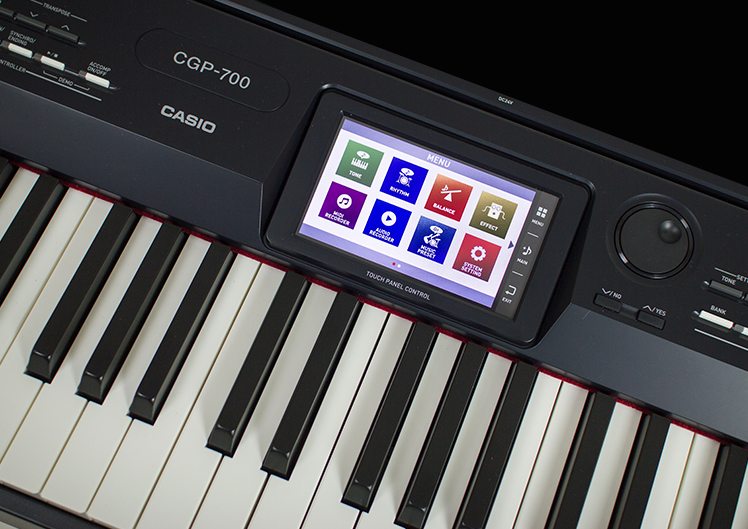 Casio’s CGP-700: A Powerful Alternative to an Expensive Piano 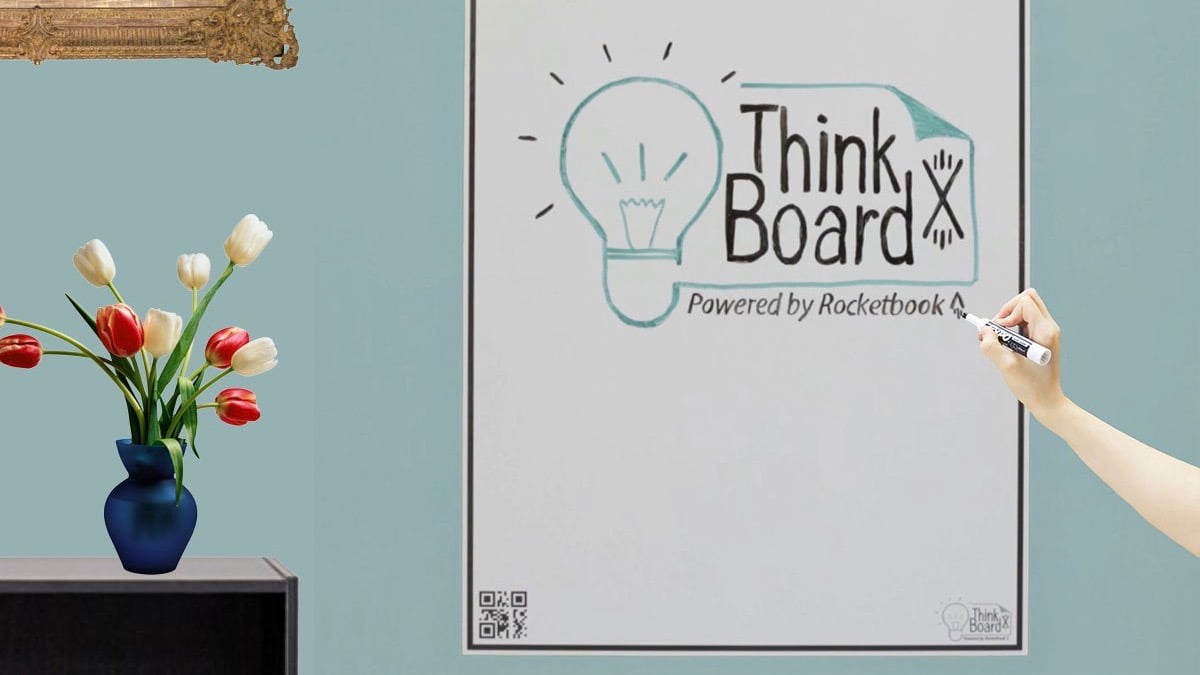 Think Board X: A Simple Yet Futuristic Whiteboard