For the last couple of weeks I’ve been testing the new Freewrite Traveler by Astrohaus, using a loaner from the first run of the production models. Its been a few years since I tested the original Freewrite for Astrohaus, and I like many who had pre-ordered the Traveler were excited to test out the device. To make any potential bias clear, after testing the original Freewrite, I did eventually end up buying one for myself. I am sold on the productivity benefits of distraction-free writing with the perk of cloud backup that serves as the central selling point of the Freewrite line.

Getting the traveler in my hands, my first thought was how surprised I was at the weight, specfically the lack thereof. I placed it on my kitchen scale, and it came out to just 1lb and 9.1oz, and it sits at just barely bigger than the size of a full-sized keyboard, making it incredibly portable. The keyboard itself is scissor-switches, making it not quite as enjoyable to use as the Freewrite’s mechanical keyboard, but superior to most laptop keyboards I’ve used.

In terms of functionality, the software is largely identical to that of the original Freewrite, but with a couple of quality of life upgrades. The most immediately noticable is the addition of moving-cursor functionality. With the previous Freewrite, the only way to move backward in a draft was to delete everything back to that point. The Traveler adds hotkey controls to move the cursor. By pressing “new” + w/a/s/d the cursor moves either one paragraph up/down or one word left/right. By pressing “new” + “shift” + w/a/s/d the cursor moves one line up/down or one letter left/right. To me, this strikes a nice balance between focusing on being a “drafting machine” (meaning that it’s not intended for editing) and allowing for the additions or corrections that may come up during the drafting process. Owners of the Freewrite should note that, while the keyboard of the original Freewrite would allow for these hotkeys, the developer has stated that there are no plans to implement this feature into the original Freewrite.

Additionally, because the folders and wifi options are handled on the Traveler using buttons instead of switches, there are new hotkey options that were added for document management. Short-pressing the folder button switches folders exactly as moving the physical switch on the Freewrite would. Holding the button for 3 seconds, however, opens a document manager that allows you to see the saved documents and choose which one you want to work on. Additionally, this manager gives the option to archive, shred (delete), or move the documents without having to log into postbox. 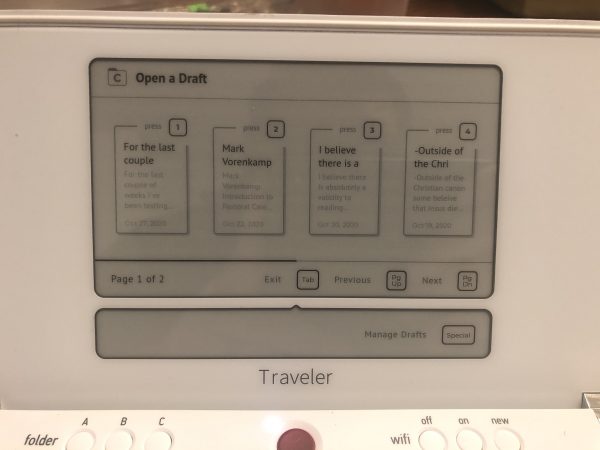 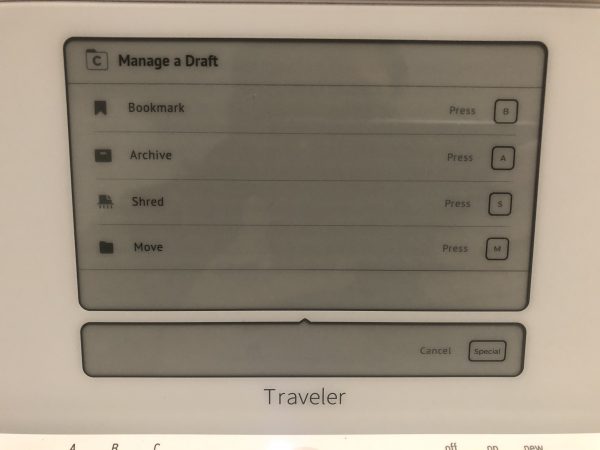 Knowing that I wouldn’t be able to answer everyone’s questions without help, I reached out to a Facebook group of people who use standalone wordprocessing devices like the Freewrite or the older Alphasmarts. I asked them to post their questions and, before giving my final verdict and comments on the device, I want to answer some of those.

Q: Do the buttons feel cheap?

A: Not really, they don’t seem as robust as the original, but surpisingly robust for the light weight of the device.

Q: How well does it hold power?

A: It’s billed as having 4 weeks of power. I haven’t had it for a month, but I’ve only charged it once (when I first got it) and it’s still at half battery.

Q: Is it sturdy? Do I have to worry about this thing in my tote or backpack?

A: I’ve been carrying it in my laptop case this week and there’s been no reason to be concerned. However, the plastic on the lid is shiny, so it’ll collect scratches over time.

Q: Is an internet connection crucial to the use of it?

A: No. You obviously need an internet connection for cloud backup, but it does allow for wired connection using an included USB-C cable.

Q: How far back does the screen angle?

A: Not having a protractor on hand, I can approximate that it goes back about 120 degrees. 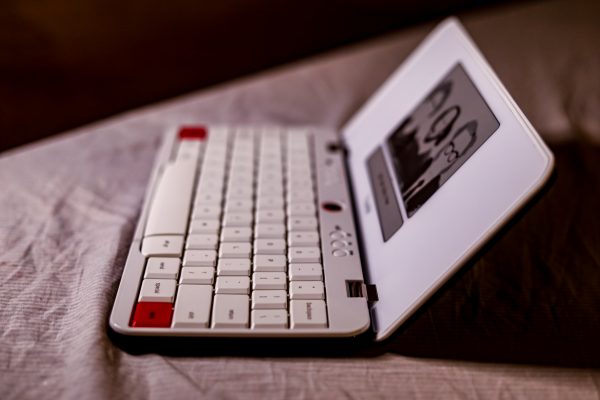 Q: Does the lack of screen lighting detract from the value?

A: Detract, no, but it would be a quality of life upgrade if lighting were included that functioned like the Kindle Paperwhite or Nook Glow where it wasn’t backlit.

Q:How flush is the close, and how does that look?

A: It’s pretty flush and looks uniform. Enough so that I’ve sometimes grabbed it and tried to open it on the wrong side.

Q: In editing, is there cut, copy, or paste?

A: No, because the shift key is used in one of the modes of moving the cursor, there’s no text selection options at all.

Q: Can I transfer in a document I’m already working on?

A: If you drop a word document into the postbox or dropbox folder, it should sync. The hurdle would be making sure the font and characters all work on the stripped-down OS.

Q: Is it possible to adjust the size of the text on screen?

A: Through postbox there is an option to change the size. There are 3 options (small/medium/large) and I would guess they roughly equal out to 8/12/16 size fonts.

Q: How is the small screen size? Compared to other devices?

A: If I were using this to edit, the small size would bother me. As it’s designed for drafting, I think it’s perfect. It gives me enough screen to see the context of what I’m writing (if it has been a while for a project), while being small enough that it actually helps fight against the imposing nature of a large blank page.

I’ll start by saying that I like the Traveler, and if I didn’t already own the Freewrite, I’d probably buy one for myself. I actually did consider buying it in addition to the Freewrite, but here’s the rub, I don’t see enough benefit to justify owning both. I’ll go through the major pros:

Portability – This is what the Traveler is built off of, and it does it well. I, however, am not bothered by traveling with the larger Freewrite. I struggle with the idea that a device with a battery and a handle should be relegated to home use. If weight and portability are big for you, this device is a great solution.

Cursor Hotkeys – I’ll be honest, this one annoys me. This is a massive quality of life upgrade, and one that Freewrite fans have been calling for since the original launched. The way it’s implemented here works well and would be fully transferrable to the original model with a simple software update. Making someone buy a whole separate unit for something that really should be considered “core functionality” feels like a bit of a cash-grab to me. Honestly, this element more than anything turns me off of the unit.

Document Manager – This one is the one I struggle most with. I REALLY wish the original Freewrite had a document manager, but the way it’s done here couldn’t translate over due to the folder switch on the original. 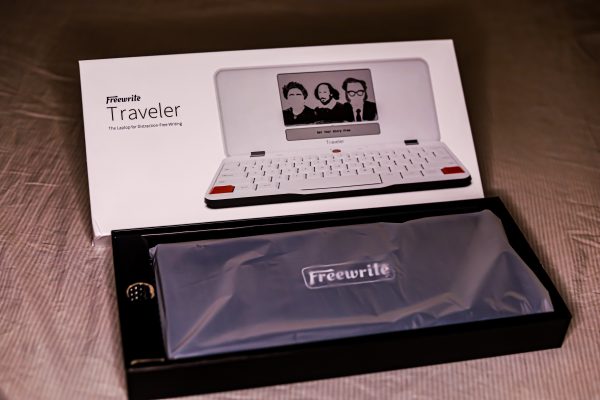 At $599 (currently on sale for $429), the Traveler is an expensive writing tool, just like the original. It’s a beautiful device that travels well, helps you remain productive, and syncs with the cloud for reliable backups. So, the core question, should you buy it?

If you don’t already have the Freewrite because of either portability or the lack of moving cursor, this device is perfect for you. It feels like the successor an Alphasmart always needed. If you already have the Freewrite, however, the answer gets more complicated. The Quality of Life upgrades are very nice, but I struggle with saying they’re worth a second multi-hundred-dollar device. I view it primarily the way I view the Macbook Pro vs the Macbook Air. You probably don’t need to have both, but both are great machines.

If you do want one of your own, you can order it at getfreewrite.com for $429 (original price $599) for a limited time.