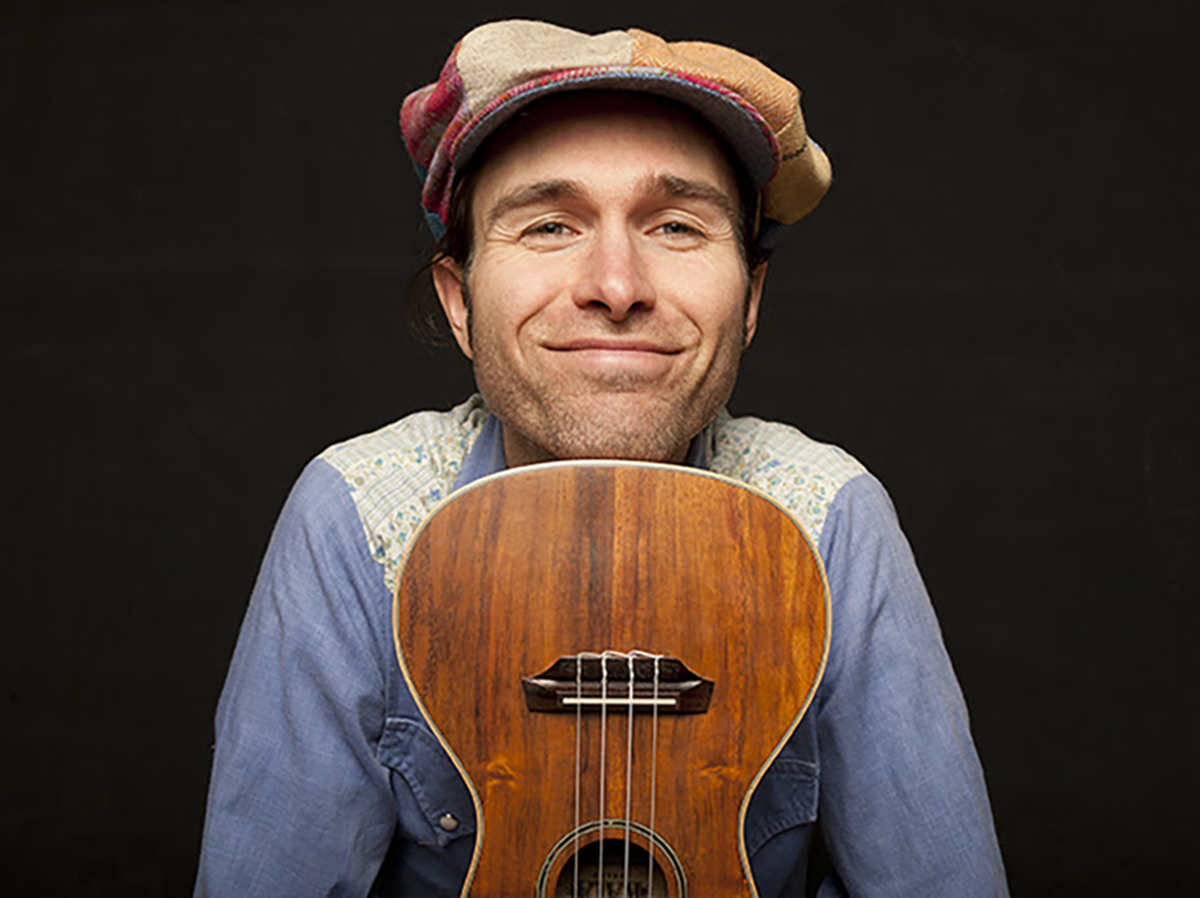 A lot has happened in the six years since the Harmonica Pocket last released a collection of songs. The Okee Dokee Brothers have moved into their particular space for gentle, nature- and family-oriented music and won a Grammy Award. But does that mean there isn’t room for two acts with a similar sound and sensibility? That’s like asking a child if they saved enough space in their stomach after dinner for cake AND pie.

Youth empowerment is the theme of the The Harmonica Pocket’s new collection, Sing Your Song. The great Northwest’s Keeth Apgar has piled 13 songs onto your child’s plate, an infectious mix of lighthearted originals and classic chestnuts “Stand By Me” and “Twinkle Twinkle (Little Star).” The socially conscious Apgar family also note that this CD was recorded with solar electricity at Apple Tree Studio.
Keeth’s goal was to create an album for families that was also produced by his entire family. Ten-year-old Montana Apgar contributed the inspiration for “One Two I Love You” when he was four years old, first uttering the phrase and later devising the melody while walking around their house. Wife Nalla provides backup vocals on many of the tracks. The title song features vocalist Renee Stahl (Renee and Jeremy) and Johnny Bregar makes an appearance on the comical “Everything Is Everywhere”:
My nose is in my ear, I said my nose is in my ear
My ear is on my chin, I said my ear is on my chin
My chin is in my eye, I said my chin is in my eye
My eye is in my mouth, I said my eye is in my eye
Keeth subverts the traditional kids’ tropes towards audience interaction with “Itchy,” an amusing song fragment that he can’t even finish due to a persistent irritation. “I Can Be the Princess” stresses individuality and being the best version of what you want to become (or pretend to be). But in the end, you should always strive to be the best version of yourself. The Harmonica Pocket has concealed themselves (a synonym for pocket) for perhaps too long, costing themselves a potential generation of new listeners. As the Harmonica Pocket emerges from a lengthy slumber, the Apgars are encouraging children to Sing Your Song. Welcome back to these voices from Washington State.
Sing Your Song is available from Harmonica Pocket’s website, Amazon, Bandcamp, Spotify, and Apple Music.

Here is the video for the band’s tune, “Wee A Tilly”: