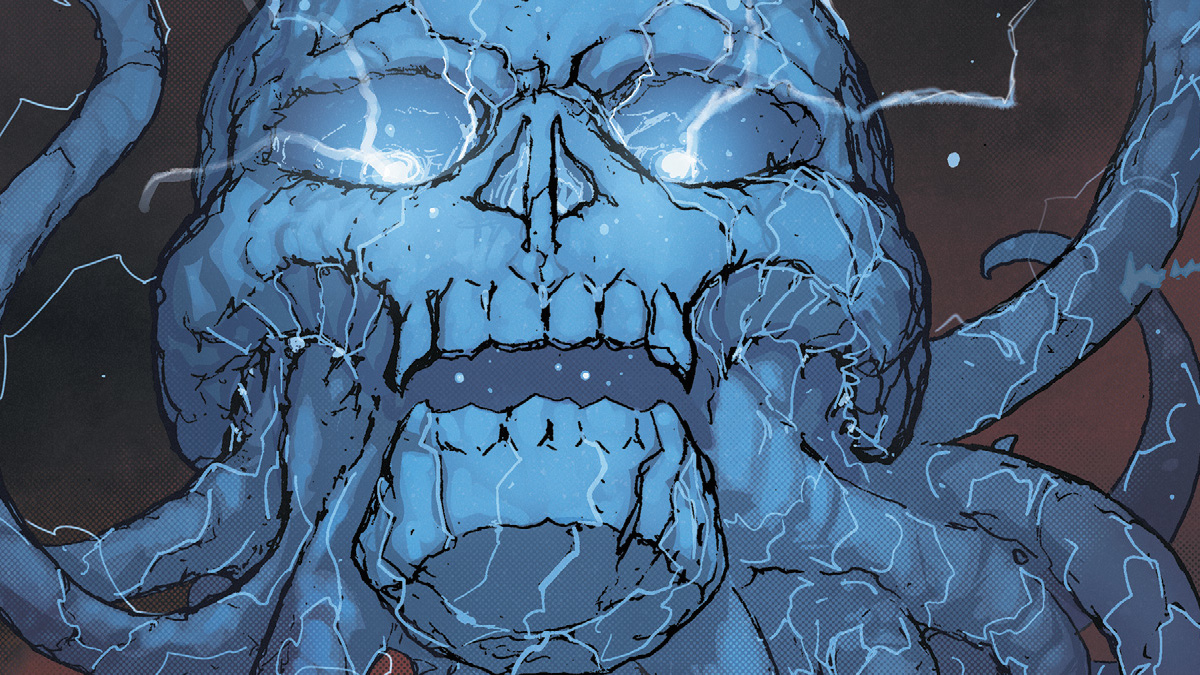 Ray: One of the things I like about team-up series is that without a set central character, it’s easy for the book to shift genres. That’s the case with this new arc, as the title becomes an apocalyptic log for a missing Batman and Superman. The lead focus is shared with two unlikely heroes – Steel and Batwoman, arguably the closest adult allies of the leads. When the story opens, they’re investigating a destroyed Batcave and find a video from a wounded Batman trying to send them a message, and the story flashes back to show us how this went so very wrong. After a prologue involving Batman and Superman teaming up to fight off a cult devoted to the obscure antihero Brimstone (who resurrect a Volcano-Chemo in the process), they head back to the Batcave, and that’s when things go from bad to worse. While normally Batman’s high-tech cave is their sanctuary, what happens when it turns against its master?

Unfortunately, the cover blows the identity of the main villain – it’s Brainiac, but maybe not as we’ve seen him last. This version may be a remnant of the main villain, left behind when he went to join Luthor and Perpetua, but it’s no less deadly. As Batman’s powerful gadgets come to life one by one, the heroes battle to survive. And in the present day, Kate and John Henry try to piece together the missing pieces. While they eventually figure out how to track them down and hatcha plan, the last page indicates not everything is what it should be – with a great last-page visual twist that reveals how dangerous the threat the heroes are facing is. While this issue does have a hard sci-fi bend, it also has an intriguing detective vibe that makes good use of two of the lesser-used heroes in the Batman and Superman families. It’s the start of another strong arc by Williamson on the best team-up book in years.