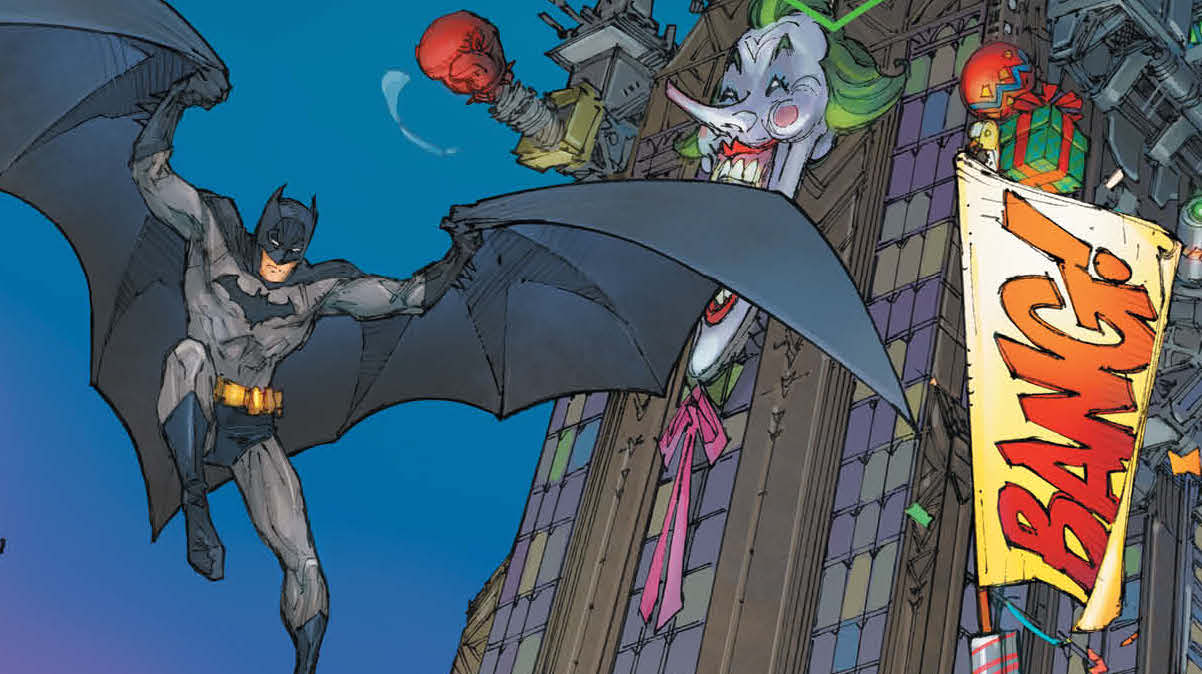 Ray: As the Joker War tie-ins ramp up, we’re going to get many stories of Gotham in chaos. Now it’s Batwoman’s turn to enter the spotlight, which is welcome since she’s been out of focus since her solo series ended. I wonder if Kate Kane will fall out of favor in the comics as she’s replaced in the TV show, but I hope not—this issue proves she still has a lot of strong stories in her. She’s solo since her break from the Bat-network in James Tynion IV’s run, but she’s returned to Gotham to stem the tide of Joker’s attack. This kicks off in this issue with art by Kenneth Rocafort, as she aids the GCPD and Commissioner Bullock in a graveyard standoff against an army of Joker goons. Rocafort draws a great fight scene, and the attack of a Joker-painted Bat-plane ups the stakes nicely as the poisoned Lucius Fox’s inventions continue to be a massive thorn in Batman’s side.

Speaking of Batman, he shows up midway through the issue for a team-up and it’s great to see him and Kate interacting again. The tension is definitely still there owing to Kate’s decisions the last time they worked together, but it feels more like the bickering between family on opposite sides than anything. There’s some good banter as they join forces to rescue Lucius and break up the massive production network supplying Joker with weapons. I’m a little surprise the rescue of Lucius was left to a side story, but Tomasi does a good job with keeping this story moving quickly and delivering some great action scenes. I’m not sure if this story needs this many tie-ins—so far Tynion has been delivering a tense and effective story in the main book without too many unanswered questions—but most of them have been quality and the chaos of Gotham is guaranteed to deliver some good thrills.