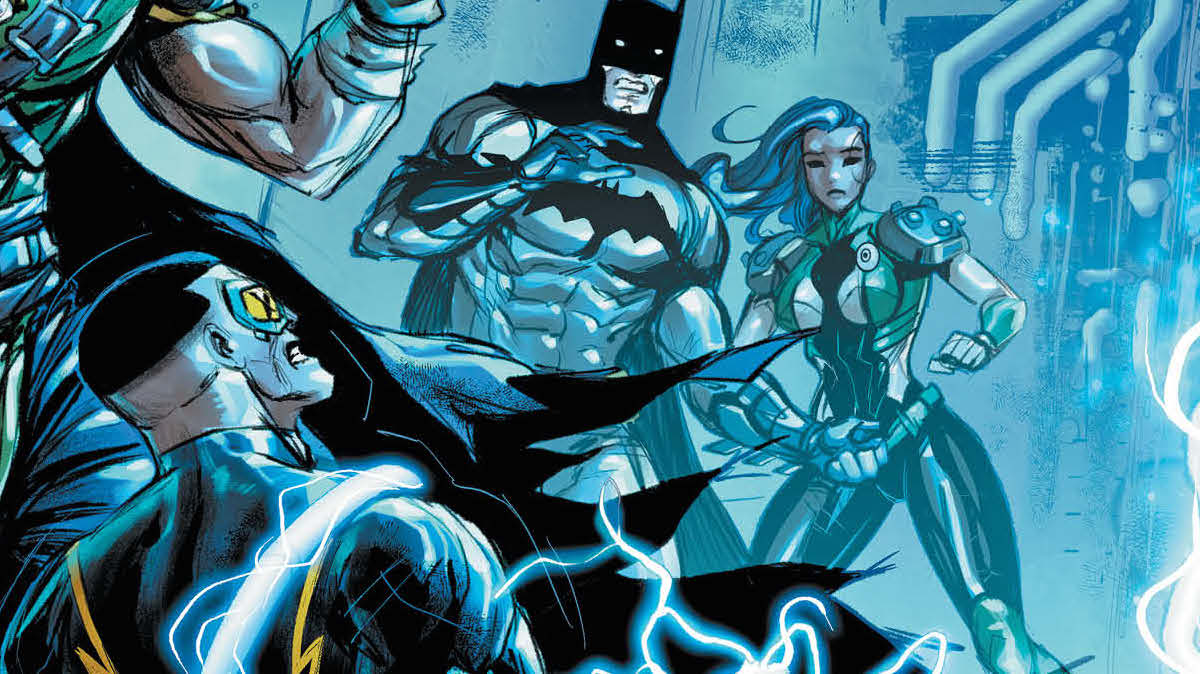 Ray: As we head towards the finish line on this title, this is more of a bridge issue as we gear up for the final showdown. Ra’s Al Ghul, the main villain of the series, has gotten his hands on a weapon that seems set to create a tech apocalypse and end the human civilization he hates so much. Batman’s team is hot on his trail, thanks to the help of Black Lightning—whose new awareness of his powers allows him to commune with machinery and get information. This is probably my favorite development from this series, and I hope future writers on Jefferson Pierce keep it in mind. I was less enthused with the arrival of yet another refugee from lost ’90s comic, this one an arms dealer with two high-tech prosthetic arms who the team shakes down. Batman seems a little more violent than usual here, but I suppose it can be chalked up to the high stakes of the enemy they’re facing—Ra’s wants to kill millions at the least.

The main plot this issue centers around Ra’s hunting down the Master Group—a secret society of high-powered and corrupt corporate executives. I like the idea that they won’t include Luthor because he’s a loose cannon. After killing most of them with a drone attack, Ra’s intends to broadcast his message to the world from their base—but gets an unwelcome surprise before he can get it out. Overall, this is a decent issue with the usual strong characterization, especially of the younger members of the team. It feels a little more plot-heavy than the last few, with Ra’s threat overwhelming everything in the title. It’s a shame this series is ending after only 17 issues and that Hill is mostly done with ongoing comics—he’s said miniseries are more likely due to his schedule. Hopefully he’ll have time to bring this story to a close and give us some good finishes for these characters before they head off to their next adventures.