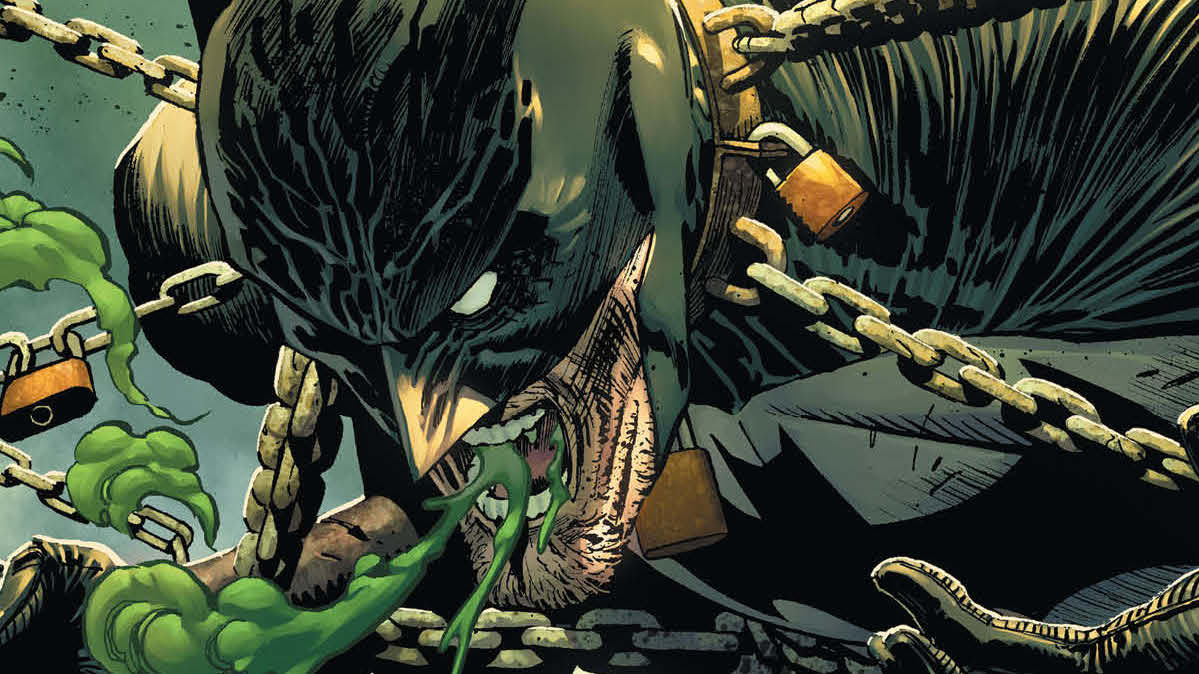 Ray: The sheer chaotic energy of Joker War continues to build, giving us a vision of Gotham that’s more disturbing and horrific than anything we’ve seen in a long time. With Batman under the influence of Joker’s toxin, it’s hard to tell what is and isn’t real. That makes the battle in the theater against what Joker claims is an army of his reanimated victims all the more intense. Much of the action in this issue only takes place in Batman’s mind, but that doesn’t take away from the intensity of the story at all. I’m particularly enjoying Punchline’s role in this story, as she continues to be a disturbing straight woman to Joker’s chaotic energy. She’s more a blood-knight lieutenant than his Girl Friday like Harley was, with a twisted but subtle sense of humor. She’s trying to whip his henchmen into shape—but that’s becoming harder as many of them are more scared of Clownhunter than they are of her or Joker.

Clownhunter is the undisputed star of this issue, as he continues his reign of terror against the Joker gangs. He’s capable of brutal violence, as we see when he burns a clown alive in a hijacked Batmobile, but he’s also obviously a kid with a naive view of how the world works. I don’t see Batman taking a mass murderer into his family, but maybe it’s time for Red Hood to take up the family pastime of adopting? The core of this story continues to be Batman and Harley, as the odd couple battles to survive and Batman continues to detox from his poisoning. We learn about a fascinating new location in Gotham this issue, one that I unfortunately don’t have very high hopes will survive the story. And as Batman’s detox takes a shocking turn, the issue ends with a gut-punch of a hallucination that promises to take Batman into a dark night of the soul. This is what a Joker event should be, and we’re only halfway to the big showdown. 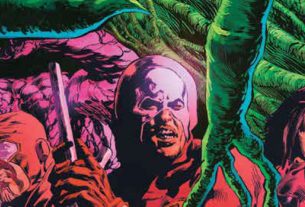 Review – Injustice vs. Masters of the Universe: He-Man vs. Superman