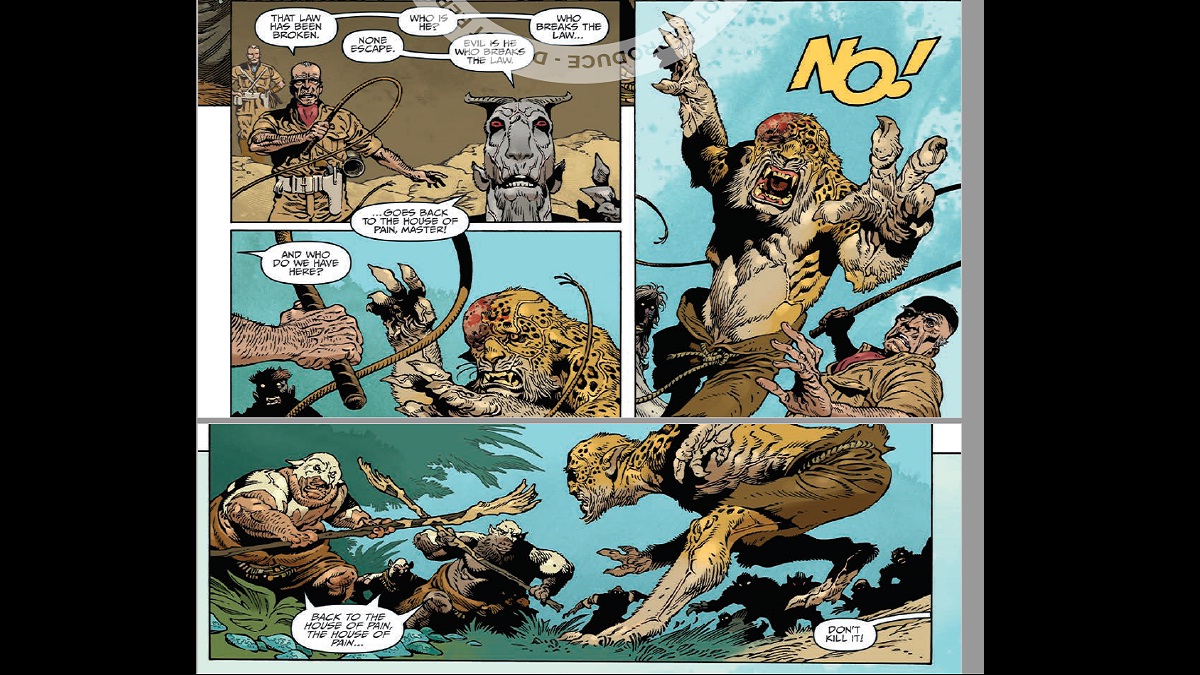 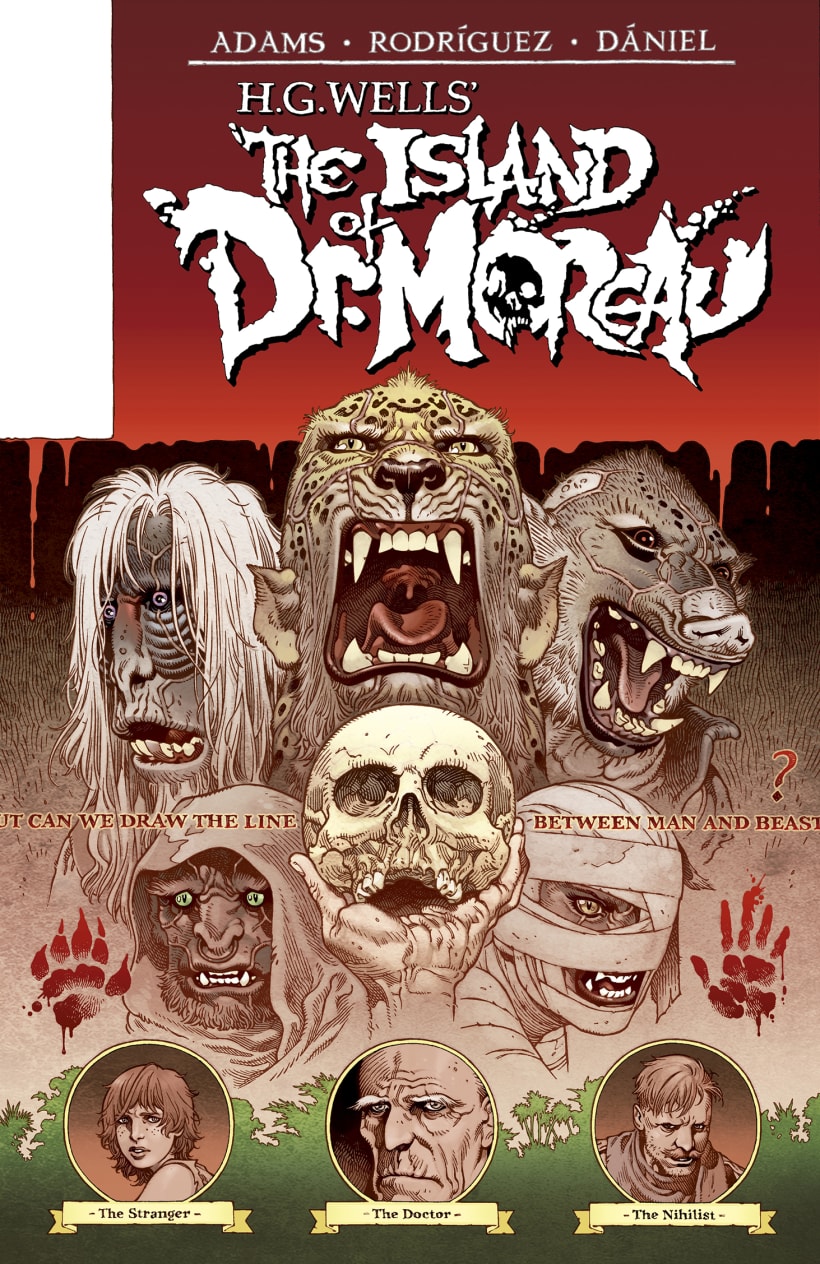 The Island of Doctor Moreau is, in this graphic novel, the account of Ellie Prendick, an Englishwoman who is also a biologist, who has just survived a shipwreck.

The graphic novel, despite the small change of gender of the protagonist, follows closely HG Wells’ plot. A man named Montgomery rescues her, and tries to dissuade her from exploring the compounds or the island after the sun has set.

The island belongs to Dr. Moreau. And let me tell you, sometimes it feels that after 120 years, the horrors we are about to witness simply have changed shape: laboratories, experiments on animals, the fierce sense of superiority and the unconcern for the feelings and the pain endured by them, it all rings absolutely true still.

Prendick remembers that she has heard of Moreau, whose gruesome experiments in vivisection had been publicly exposed, and who had fled England as a result of his exposure. She tries to escape the compound, and is faced with the half-beasts Moreau has been experimenting on.

The anguish is perfectly portrayed, both of the vivisected and “improved” upon beasts and of the witness. The laws, exactly taken word from word from the small Wells’ novel, are also captured perfectly: 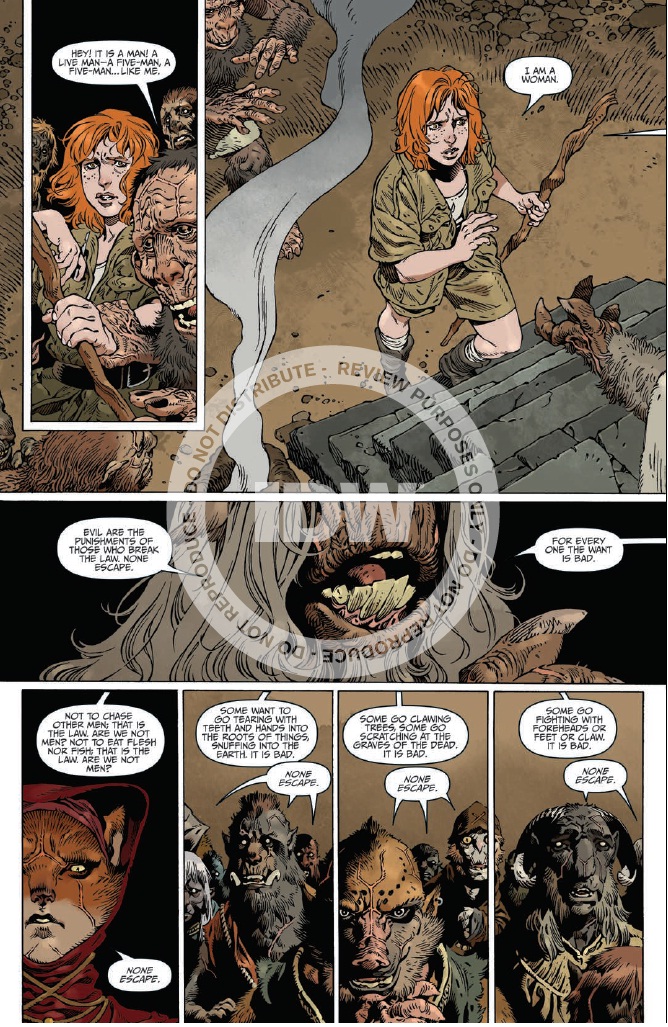 The end is greatly improved, because the empathy and compassion displayed by Ellie Prendick where severely lacking on the original tale. Perhaps that is what we all shall need now, because experiments gone awry are still a constant nightmare of human kind.

A word about Gabriel Rodriguez most excellent pencil work: He is best known for his collaboration with Joe Hill in Locke and Key , but here he has surpassed himself. If you want to learn how a good layout and pencil must be, you can turn to the entire blue-pencil renderings that make half of the book after the story is finished, Artists Edition style. You may feel discouraged, but the work of such great artists is always an inspiration, something definitely to look up to. Kuddos for that! 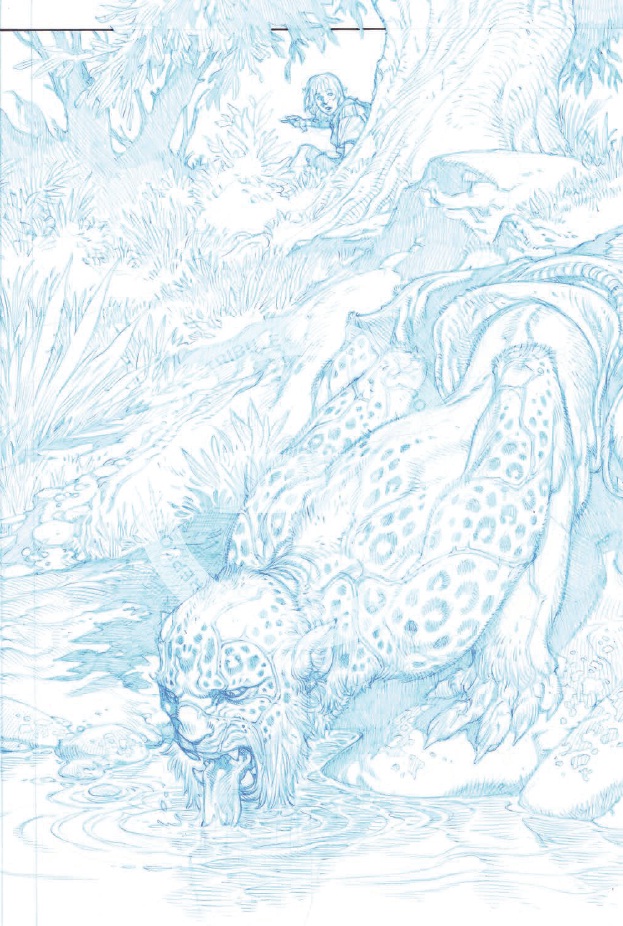 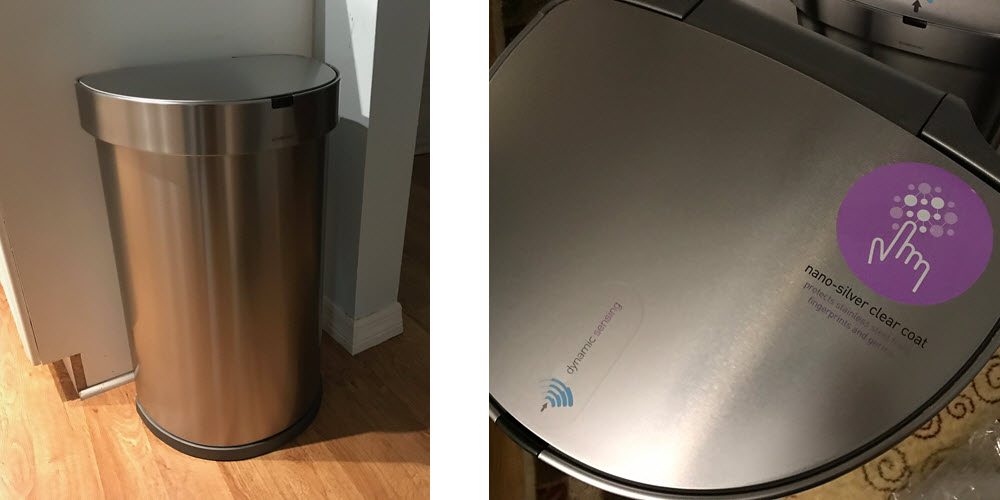