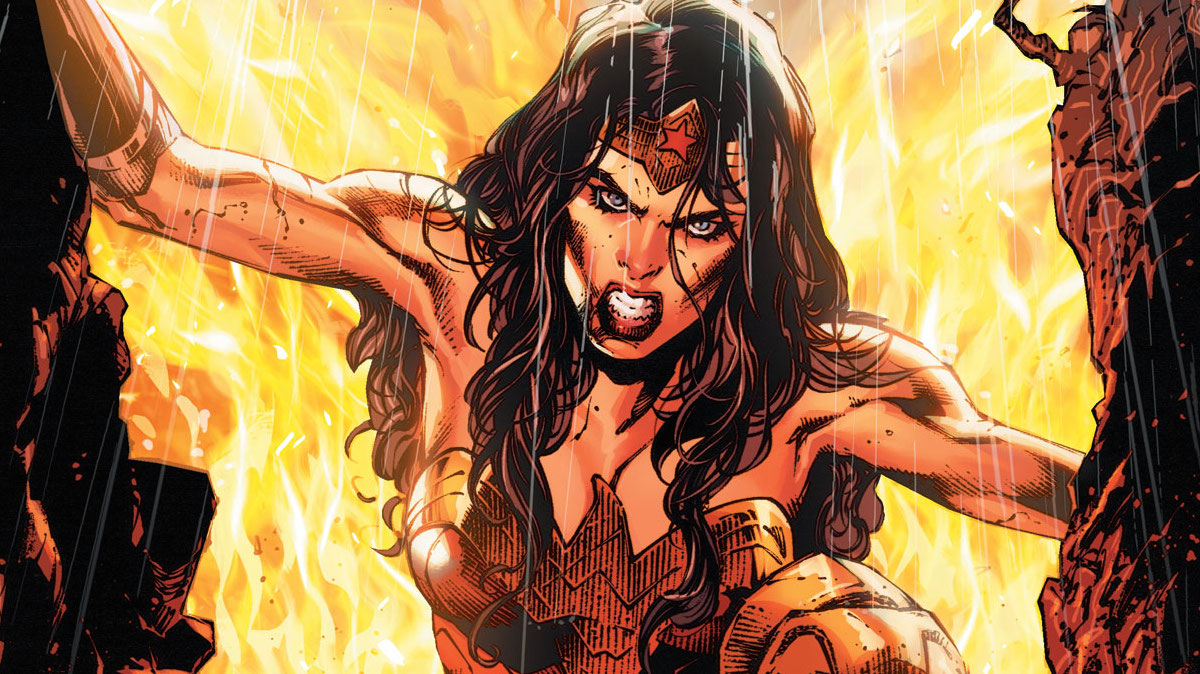 Ray: Steve Orlando’s Wonder Woman run comes to a close this issue – aside from an annual epilogue in a few months – and what a long strange trip it’s been. He packs months worth of story and twists into one issue, but the execution is a mixed bag. The first half of the issue has a lot of problems, all stemming from the identity of Wonder Woman’s main adversary – the Phantom Stranger. The Stranger has always been a fascinating wild card, but in the New 52 they put a lot more clarity on him, and it backfired. Orlando builds on that, making it pretty clear that he’s Judas Iscariot, and it goes further by having it revealed that he’s essentially been trying to scam God by delaying people’s redemptions so he can reap them and earn his freedom faster. It’s all very petty and un-Stranger-esque, and a reminder of why the whole Trinity of Sin era is better forgotten. Topping this, it all ends with Diana arguing with God for Paula’s freedom.

Once that bizarre subplot is over, things get much better as Diana heads to Themyscira with her former friend in tow. Paula is allowed to seek redemption as a guest of Themyscira, working to earn their trust, but a bigger twist is waiting as Diana makes the case that the usefulness of Themyscira’s exile has ended. The introduction of an Amazon embassy to the DCU is a massive twist, with the possibility to upend the power structure of the world in the way Wakanda did to the Marvel Universe once revealed. It’s also such a big twist that I’m a little sorry Orlando won’t be the one exploring it, if it is his idea. There’s a cliffhanger for the annual bringing back some old villains – and a surprise returning character with a subtle but important twist – but this is an intriguing final issue of the run. Too bad about that New 52 flashback, which feels like it came from a completely different book.