As we have explored in our last review, there is a new wave of graphic novels tackling the extraordinary art movement in America, and Pollock Confidential: A Graphic Novel is part of that wave.

Pollock Confidential starts in New York in 1948 when painter Jackson Pollock has already conquered everyone with his new “action painting” technique.

Told from the point of view of a hidden CIA agent, Dan Atkins, the story remembers the summer when he was in charge of following the artist around.

This recount is not what you may expect since Atkins befriends Pollock and starts admiring him. Known for his problems with alcohol and his sympathy for some communist ideas, the main reason the CIA sent Atkinsto Pollack was to understand the man.

What Atkins does instead is to understand Pollock’s idea of art, a truly revolutionary one.

Pollock Confidential makes some bold claims. Could it really be possible that a project called “Operation Long Leash” helped to empower the artists we admire today?

According to this graphic novel, the main concern of the government was to counter-influence the Russian cultural thinkers on America, and the idea behind the operation was to showcase art whose first and foremost concern was freedom: to think, to act, to create.

For that goal, the American government invested millions, channeling the money through Rockefeller and Penny Guggenheim. I would really like to explore the sources Catacchio used for these claims. They may ring true, but they are a bewildering theory, to say the least.

Pollock died at the age of 44 in a car accident when he was driving drunk. His life was full of challenges, and he rose to each one, but alcohol and depression won at the end. All the visionary words used in the graphic novels are his, and they are as extraordinary as his findings.

He released art from representation in a new way, channeling abstract expressionism into new dimensions.

Pollock Confidential: A Graphic Novel is on sale since May 5th, 2020. 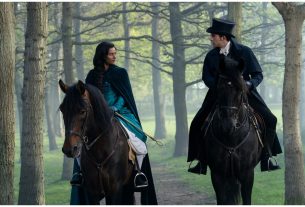 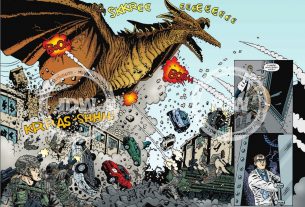