This Week’s Word Is “Issues.”

My son and I have recently very much enjoyed two novels by Onjali Q. Raúf.

As with Scarlett Thomas’ Worldquake series, I feel bad for not having reviewed them sooner. Both books are excellent. Raúf’s debut, The Boy at the Back of the Class highlights the plight of young refugees, whilst follow-up, The Star Outside my Window, examines the effects of domestic abuse on young children. Both books handle heavy subjects with a deft touch. Both are moving but never overwhelming.

If you were only going to read one of these two books, make it the Boy at the Back of the Class. It will make you want to read The Star Outside my Window too, but I think, it’s the stronger of the two novels. It’s hard to pick what novels will stand the test of time, but I think Boy at the Back of the Class will be being read for generations. It’s a perfect snapshot of Britain and the plight of refugees during the late 2010s. It’s one of the finest children’s books I’ve shared with my children.

It is narrated by a 10-year-old, who remains nameless until towards the end of the book, and it’s her naive retelling of events that makes the story so strong. Raúf is not the first author to use the simplicity of a child’s perspective to cut through the absurdities of adult sensibilities and prejudices, but rarely has it been done so well. When Ahmet arrives at school one day, to occupy the vacant chair at the back of the class, our narrator and her friends decide they are going to make friends with Ahmet.

They set out to understand why he suddenly arrived, why he isn’t allowed to go into the playground, why he is delivered to class by the same person every day, and why he has such meager possessions. As the novel unfolds, the children do gradually get to the bottom of Ahmet’s story and Raúf gently unravels the plight of child refugees across the globe. Handled differently, this could have been too difficult for its intended age group to handle, but TBatBotC delivers its important message in a sensitive fashion that most children should be able to cope with.

As the story unfolds, we learn more about its central character, her hard-working single mum and the death of her father. Again, delicately handled, but exposing younger readers to realities they may not otherwise be aware of. Reading books like Raúf’s makes me realize how fortunate our family’s life is and makes me hug my children a little closer.

More fanciful is the quest that unfolds in the second half of the book. Whilst an expedition to see the Queen might feel like something from a bygone era of storytelling, Raúf uses it to examine her broader theme. In the novel, parliament votes on whether refugee parents should be able to join their children who have already arrived in the country. Refracted through the lens of her book, this question seems too horrific to contemplate, yet parliament voted on almost exactly that, in January of this year. Raúf cleverly uses media and some popular opinion filtered through her characters’ eyes to demonstrate how selfish and closed off we have become.

I’ve seen some criticism that the tale is too simplistic, which I think completely overlooks the point of the novel. Yes the bullies are larger than life and simplified, but this is a moral-tale; a fable to illustrate modern folly and the plight of countless children without a voice. Its’ target audience is also around 9 years old and, for a story like this, they don’t need shades of grey.

The point of The Boy at the Back of the Class is to help children understand a group of people often vilified, with no chance to offer their own side of the story. It succeeds whole-heartedly. Wrapped around the novel’s theme is a quest story that is funny, filled with warmth, and tells of good friends looking out for one another.

The Star Outside My Window follows a similar template. Beyond its’ central difficult issue, it again focuses on the power of friendship and compassion. This book follows Niyah and her brother Noah, who have recently arrived at a foster home. It quickly becomes apparent that something tragic very recently occurred to bring them there. For adults reading to their children, it is clear that their mother has been killed by their father. For younger readers (listeners), the realization takes longer to dawn.

This novel has a curious device that I’m sure will divide GeekDad readers. In the story, a new star was born inside our solar system, clearly contravening all known laws of physics. Again then, this story is clearly a fable, but the more literal amongst us may find this ripping up of physics rulebook a little hard to get over.

The star is key to the story. Niyah believes that her mum was reborn as the star. When the Royal Observatory in Greenwich announces a competition to name the star, Niyah knows she must let them know – The star is already named. And so begins the quest.

Again, Raúf handles a difficult subject with a gentle grace. Niyah and Noah’s plight is heart-breaking, but their story is filled with light and hope. The friends they make in the foster home also have difficult pasts; their stories come out gradually as the children become friends on their journey. Not all of the children are on their side, but arch-enemy Sophie is more nuanced than the bullies in The Boy at the Back of Glass and we see that she too is hiding great pain and insecurity.

The overriding message of Raúf’s books is that understanding and compassion are vital for a healthy society. Her stories highlight the importance of considering another’s perspective of life. Raúf shows us that there are many ways to make a family and that there are few things more important than good friends who back each other up. Her writing is delightfully accessible. She’s a writer with a gift for telling difficult stories in a way that aids understanding and breeds empathy without breaking the hearts of her readers.

Who is Onjali Q. Raúf?

Onjali Q. Raúf is Founder and CEO of the London based human rights organization Making Herstory, working in partnership with other movements to end the abuse, trafficking, and enslavement of women and girls in the UK and beyond. The inspiration for the novel, The Star Outside my Window was her late aunt, who was murdered by her husband. She was also Raúf’s inspiration to set up Making Herstory.

If you enjoyed this review, do check out my other Word Wednesday reviews, here. 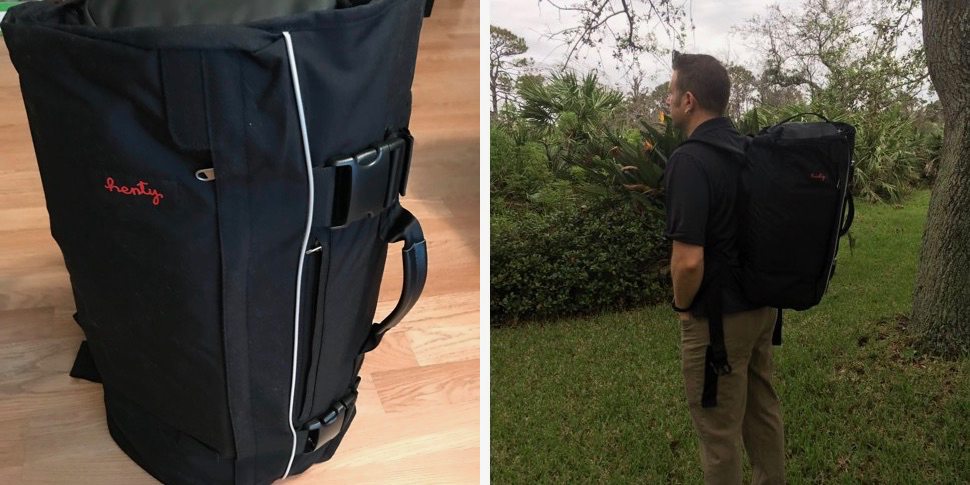