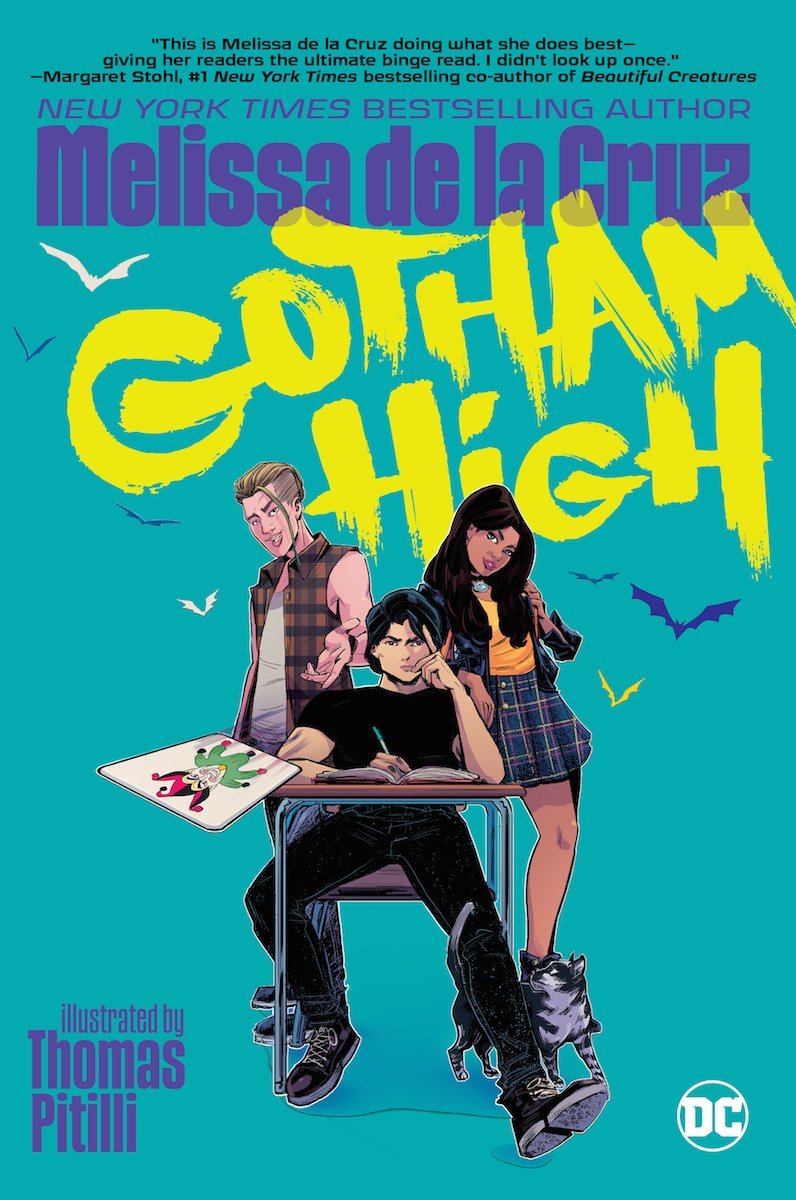 The DC original graphic novel line has never reflected continuity, instead preferring to reimagine its lead characters through the filter of modern-day teenagers – often in a world without any other heroes.

That’s led to fascinating takes on characters including Cassandra Cain, Barbara Gordon, Mera, Selina Kyle, Wonder Woman, Raven, and others. But buried under those modern flourishes and alternate universes has always been a recognizable core character. Even if the story has changed, the inspiration still comes from their most iconic comic book tales.

That’s not the case with Gotham High, a teen-angst revamp of Gotham’s most iconic characters. The most dominant inspiration here seems to be the early-2000s WB drama Smallville, which compressed Superman’s long history into an overwrought tale of Superman’s early doomed friendship with Lex Luthor.

Gotham High focuses on the trio of Bruce Wayne, Selina Kyle, and Jack Napier, reinventing them as the center of a teenage love triangle. But all three characters are so radically different from their classic versions that it’s hard to see anything of the originals in them.

Bruce got the most obvious makeover, being biracial and Asian-American in this version. That’s a nice added touch of diversity from the Filipina-American Melissa de la Cruz, which naturally got some of the worst people on the internet in a snit, but the changes to his character go well beyond that. Alfred is no longer his butler and parental figure, but a maternal uncle (and a gay man, in this version) who Bruce has a tentative relationship with due to Alfred sending him off to boarding school after his parents died. {Note: Alfred was also gay in the terrific reimagining in Batman: Creature of the Night by Kurt Busiek and Jean Paul Leon.)

The way Bruce’s parents died is very different too, and its left Bruce with a much sharper guilt complex and a greater sense of anger that leaves him prone to violence and fights at school.

Selina, meanwhile, has an even more dramatic backstory lift. Her deeply troubled family life was one of her defining traits and led to her being distrustful of others. Here her motivation for theft is much more human – she’s the daughter of a disabled man with early-onset Alzheimer’s and is struggling to get him the care he needs before their insurance money runs out. It’s much more of a stock backstory and leaves Selina without the edge she needs to be a believable future Catwoman. But then, I’m not sure if any of these characters are supposed to eventually become their superhero or supervillain IDs. They feel like players in a generic drama that just happen to have the same names as iconic comic book characters.

Then there’s the third party in this drama, Jack Napier. I’ve never been a fan of giving the Joker a distinct origin or a sad backstory (least of all in the massively overrated recent movie). This version of Jack is a smirking punk from the wrong side of the track, with ties to both Bruce and Selina. He runs scammy card games, flirts with Selina, and may or may not be tied to a mysterious masked gang that is involved in kidnappings. The only real trace of his possible future as the Joker is his tendency to crack jokes, but otherwise he comes off more as a teenage version of Arthur Brown – a scuzzy low-level creep whose sinister intentions are always obvious. It’s hard to see why either of them hang out with him.

Gotham High brings in a lot of familiar faces from the Gotham canon, but it’s hard to see any of them as resembling their counterparts in any meaningful way. “Ivy” is a local dealer of illegal medicinal drugs, while Dick Grayson is a nerdy black boy who Bruce defends from bullies. Harvey Dent is a snarling jock who gets a much less dramatic scar in a mistaken identity kidnapping, while a black woman with the last name Gordon serves as principal of the high school. There’s a lot more diversity in this Gotham than others, of course, but it’s skin deep. These characters are mostly just OCs with familiar names and no larger role in Bruce’s world. And while an Asian-American Bruce Wayne is an interesting wrinkle, it leaves a bad taste in my mouth that the creative team chose to racebend his Jewish mother instead of his white-bread father.

Ultimately, the biggest problem of Gotham High is its plot. While the art by Thomas Pitulli is effective, in a gritty way that makes the characters feel more like participants in a noir film than in a teen drama, it mires them in a dull love triangle plotline that never quite goes anywhere.

Selina flits from the moody Bruce to the manipulative Jack, with neither one coming off as all that appealing. An ongoing subplot involving a plot to kidnap rich kids leads Bruce to begin his crimefighting career, but it ends with a reveal out of left field that further destroys one of the characters’ future potential. This feels like it’s going to be a stand-alone story, so it’s unlikely to be followed up on, but this story doesn’t do justice to its future Batman and especially to its future Catwoman or Joker. They ultimately feel like bland ordinary teens, which may be what this story was going for. But it doesn’t make it a good read. 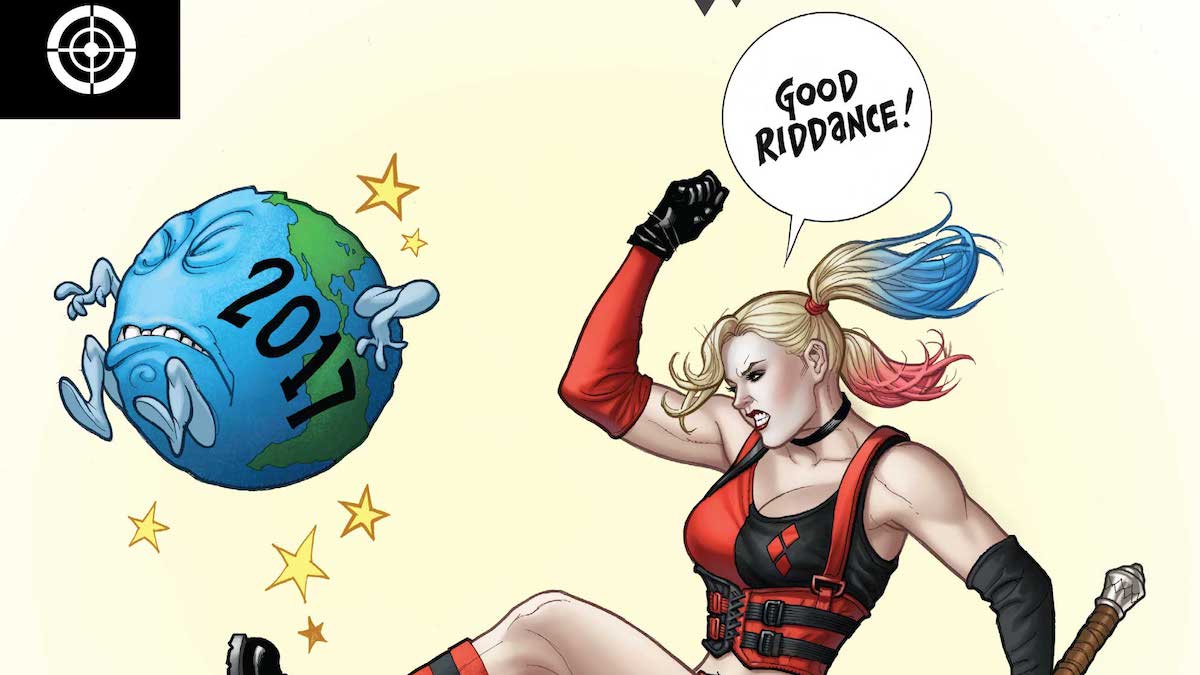