Ray: Bryan Hill’s globe-trotting DC adventure title continues to hit high gear in Batman and the Outsiders #11, as the Outsiders face off against the forces of Ra’s Al Ghul.

When we last left off, Black Lightning, Katana, Orphan, and Signal were hunted down by Kaliber, Ishmael, and Karma – with Lady Shiva in the middle as a wild card. The opening half of the issue is a no-holds-barred brawl, as the four heroes divide up the villains and take them down one by one. Hill seems to have a much more nuanced take on Shiva than most writers, casting her as a steely mercenary who does seem to have some loyalty to Jefferson and some genuine love for her daughter, making her a powerful ally. But she’s a ruthless killer at her core, and never misses an opportunity to push her allies towards making the same choice she does. A scene where she tries to goad Jeff into taking his revenge for the death of his friend is rather chilling.

Meanwhile, a brighter story takes place back at the Batcave, as Batman takes his mentorship of Sofia to the next level by offering her the chance to join his network. We’ve seen him take many kids under his wing, but Hill adds a nice twist here by giving him a unique explanation of what her costume and identity will mean. This is mostly done in a segment that uses voiceover and a gorgeous view of the Batcave, leading to a weapons store taken from the Court of Owls. Sofia’s been the POV character in many ways over the course of this run, and watching her come into her own as the first year of the series concludes is a great way to come full circle.

But this is one of the most ruthless takes we’ve ever seen on Ra’s Al Ghul, and he ends Batman and the Outsiders #11  by taking an action that’s one of the most evil things he’s ever done. There’s a lot of story set up here, and I’m excited to see how Hill surprises us next. 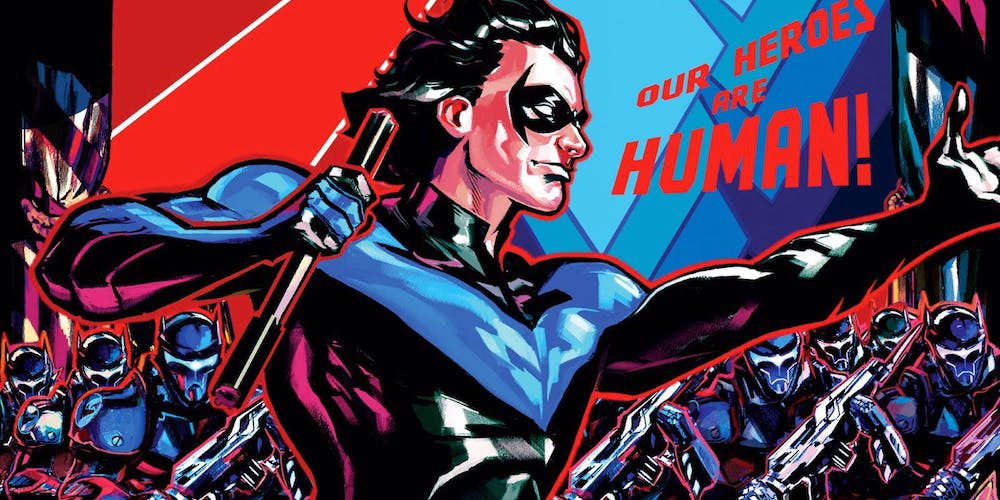