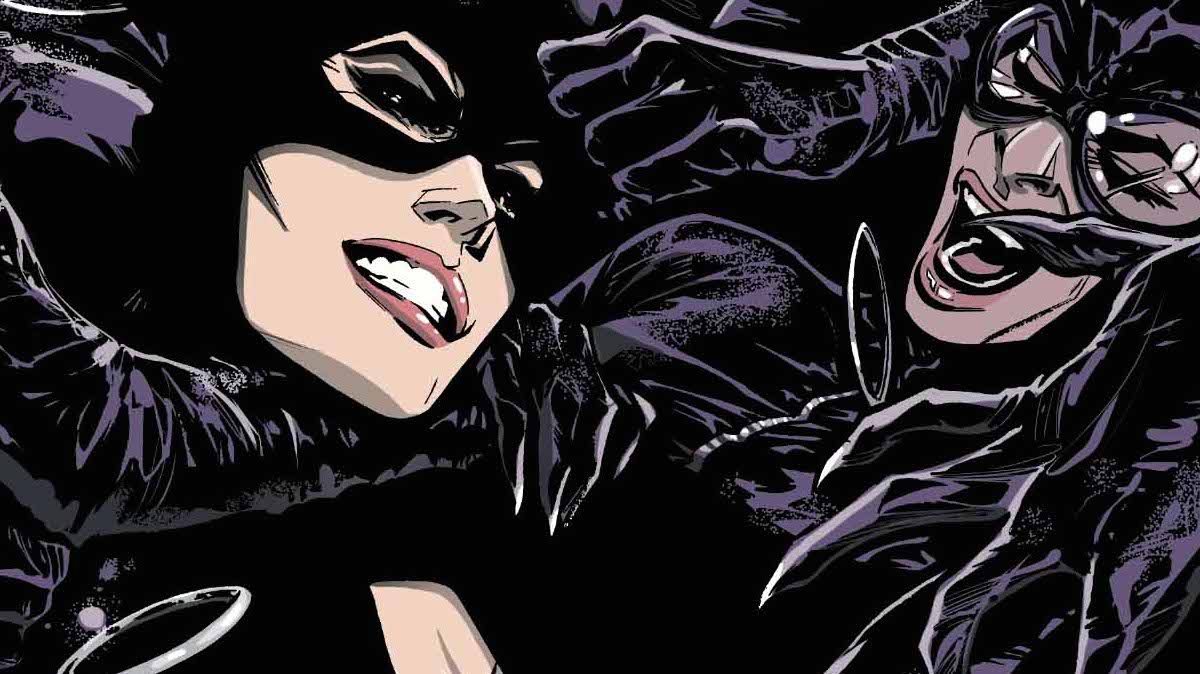 Ray: Joelle Jones’ solo tale for Selina Kyle continues to unfold in Catwoman #2, as the mystery of the impostor Catwoman reveals some disturbing truths. The issue picks up with Selina confronting a room full of women dressed like her, and a brutal street fight ensues. While Jones is best known for her artwork, especially since she became one of DC’s top artists, she first broke onto the scene as the creator of her own series Lady Killer – a brutal noir thriller. She definitely brings a bit of that style to her first writer/artist project for DC, as Selina manhandles a group of impostors and finally pins one, demanding the truth of the plot against her. It turns out that her impostor knows next to nothing – she and the other impostors were hired through an open casting call, and were essentially just put into costumes and told to fend for themselves. Selina leaves them with an ultimatum, and turns her focus to exposing the truth behind who’s trying to frame her.

Of course, this is all taking place amid the backdrop of Selina making the most painful decision of her life, and Jones works in that emotional turmoil without letting it overwhelm the series. Her narration drives home just how much she’s trying to forget what she left behind, and there is a great scene with one of her contacts where she refuses to trade in her engagement ring for money. It’s clear that Jones knows what’s going on in King’s mega-story – this love story isn’t over, but it’s hitting some serious bumps. I’m less sure about the villains in this arc – the grotesque Governor’s wife who is hiding that half her face is missing is almost cartoonishly evil, maiming one of her minions for a minor failing. Her husband resigning as Governor due to cancer comes out of nowhere, and speeds up her plot. This run calls back a little bit to Selina in the underworld in the excellent Valentine run, but I’m not sure its adversaries are quite as compelling. I am loving the art and the strong lead character, and it’s good to see Selina take the lead again.

Review – Batman: Curse of the White Knight #6: The Family Curse