Corrina: Team? Or Not?

Ray: The Outsiders have never exactly been a team, but they’re less a unit than ever in Batman and the Outsiders #10 as few of them trust the other. Batman has lost the trust of most of his allies, leaving him to work with the mysterious  Sofia and try to guide her away from the life of vengeance she’s pursuing.

It’s interesting that Batman’s role in this issue is almost entirely non-action oriented. He counsels a frightened girl in costume, and then consults with an at-risk journalist as Bruce Wayne. He shows a more compassionate and human side here, and it works very well. Duke and Cass, meanwhile, have chosen to side with Katana and are working with her to unravel the mystery of the superweapon that Ra’s Al Ghul is pursuing. Katana is not exactly a warm leader for two teenagers who have just lost their trust in their mentor, but her frankness and openness is an appealing alternative to Batman’s cloak-and-dagger style.

The most interesting part of this issue is in the third segment, as Jefferson Pierce seeks his vengeance for the murder of his friend with the help of an unlikely ally – Lady Shiva. Shiva is always working several different agendas, and it’s clear that she’s trying to get an advantage on Ra’s. She also wants to fix things with her daughter – but as we know, she’s not exactly good at knowing how to do that. She and Jefferson sort of dance around each other with mutual mistrust, but when she drops them into a high-intensity situation with deadly assassins, the action scene is one of the best Hill has written in a while and very reminiscent of his work on the excellent Michael Cray solo title. This series hit its stride after a strong first arc, although its weak spot remains generic villains Kaliber and Ishmael, who show up near the end of the issue. The Outsiders seem on the verge of a reunion, and it looks like it’ll be a hell of a showdown.

Corrina: It’s hard to meld a team together and this series suffered from not only having to bring this group together but from the addition of less interesting characters like Kaliber, and the time spent with Sofia has also taken panel time from Duke and Cass, who haven’t had a chance to really come into their own so far.

But Jefferson comes through loud and clear, even if I am unhappy with the vengeance story that he’s been given. The battle sequence with him and Shiva in Batman and the Ousiders #10 have the pages crackling with energy. The art team as a whole does a fine job of shifting the emotional mood between the three segments. I can only hope the cliffhanger means we’ll finally see this group cut loose as a team. 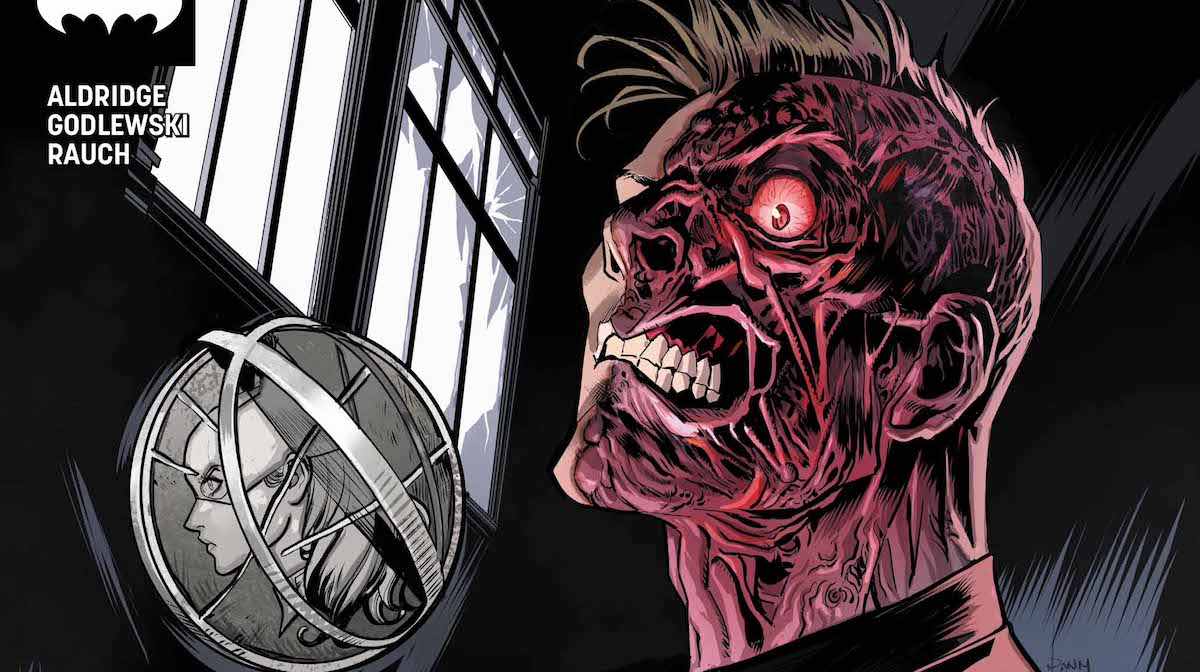