One of the downsides of the current tabletop games boom is that there are always so many fantastic-looking games coming out. What to do? Well, one method is to divide and conquer: get together with your gaming group and pick games that you’ll all be interested in, and share the costs!

Or, you know, just BACK ALL THE THINGS. (Editor’s note: this is not recommended.)

Today’s roundup includes some new gamer fashion, a few followups and expansions, and a new take on tiny games.

If you like wearing your love of boardgame on your sleeve, so to speak, the LudoCherry line of shirts and skirts might be just the thing to complete your wardrobe. The four fabric patterns incorporate dice, meeples, and pawns and are a classy upgrade from T-shirts. And the skirts have pockets, all the better to stash your dice for game night!

Chronicles of Crime: The Millennium Series from Lucky Duck Games

I’ve written about the app-enabled crime-solving game Chronicles of Crime before, and I really enjoy the way the game uses the app to scan clues and investigate crime scenes. Lucky Duck Games has another campaign now for The Millennium Series, three cases that take place in different eras: 1400, 1900, and 2400. Each case is a standalone and does not require the base game, so it’s a nice way to try out the system if you haven’t already, and pick a setting that you prefer.

Van Ryder Games is back with another set of Graphic Novel Adventures. I’ve mentioned these before in my Stack Overflow column, but these are comic books where you get to make decisions for the main character, jumping around in the story and influencing the outcome. Depending on the story, you may have inventory, or notes about clues, and so on—they’re part comic book, part game, and there are a lot of different options!

Season 3 includes Your Theme Park about running an amusement park, Lilly Van Helsing about a young monster hunter, and Hold Up (for older readers) about climbing up the criminal ladder. There are also two sequels to books from Season 2: Pirates: The Cursed Isle and Sherlock Holmes: The Shadow of Jack the Ripper. If you enjoy comics and choose-your-own-adventure stories, these are pretty fun!

This is a standalone sequel (not an expansion) to Museum, a game themed about collecting artwork and artifacts from around the world and arranging it in your museum. This time, though, it’s all about the paintings. Each card (illustrated by Loïc Muzy) shows a reproduction of an actual painting in a gallery setting, with some facts about the painting itself. Your goal is to arrange paintings that you collect into collections either by period or style, ideally creating combinations that take advantage of both, so not only is there set collection, but there’s also a fun spatial puzzle as you rearrange the cards on your museum board.

I’ve played the original game and have really enjoyed it—and it’s a beautiful looking game, too. I’ll admit I find the lack of any sort of acknowledgement that perhaps there are some problematic aspects in the way museum pieces are acquired from various cultures, but at the same time I like the way that I’m able to learn a little bit about the pieces in a form that doesn’t require their physical presence. I don’t know if Museum: Pictura includes primarily paintings from Western culture, though I wouldn’t be surprised if that’s the case. It’s not a simple reskinning of the original but introduces some new mechanics of its own, so I’m curious how it differs.

The Matchbox Collection from Thundergryph Games

If you’ve read my game reviews, you know I’m a fan of compact boxes (like the Tiny Epic games from Gamelyn Games, for instance). Thundergryph Games is going even smaller: this is a set of five different titles that come in matchbox-style boxes (okay, they’re not actually matchbox-sized, but they’re still pretty cute). The games look quite different from each other, and look like they’d be particularly great for people who like playing solo games, because each one has a solo mode. (One is only a solo game.)

And here’s one more, a family-friendly card game with cute robots. Robo Junkyard is a ladder game, the sort where everyone is adding cards to the pile in increasing values, trying to get rid of their cards. However, in this game, each card has a special ability as well, which means the values aren’t always strictly increasing. Each robot also has one card with a unique ability not shared by the others. 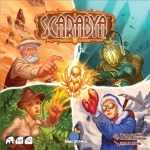 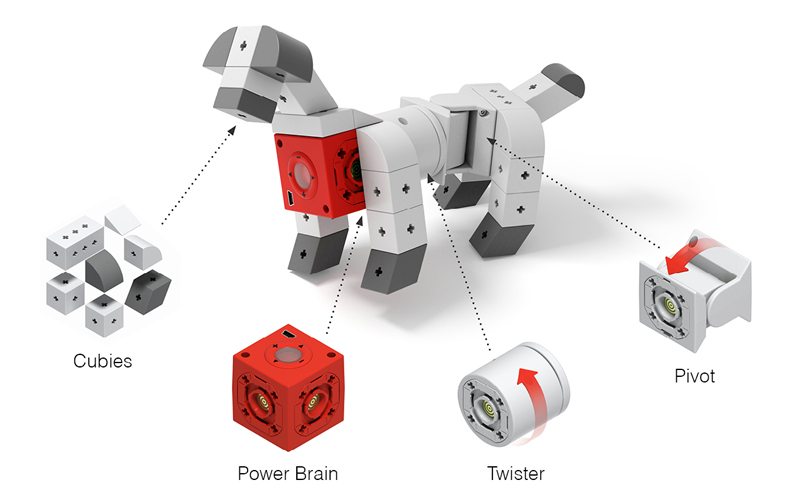 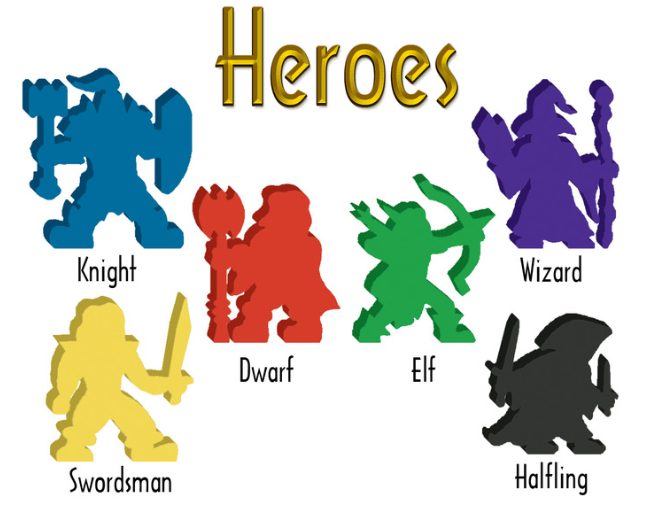