Zatanna and the House of Secrets is the latest OGN from DC’s fast-growing all-ages line. Below, you’ll find a review, and stay tuned after the review for a short interview with creator Matthew Cody!

Ray: Zatanna and the House of Secrets, the latest entry into DC’s growing line of all-ages graphic novels, delves into some very different territory – DC’s magical world, told through the eyes of a preteen Zatanna. Written by Matthew Cody and drawn by Yoshi Yoshitani, this is a wildly inventive story that takes concepts mostly geared towards older audiences and renders them for kids with a fantastic visual style. It also introduces what’s sure to be the most buzz-worthy new character to come out of the line in Pocus the surly magical rabbit.

When the story picks up, Zatanna’s a middle-schooler whose life is just sideways of normal. She’s the daughter of a stage magician, still mourning the loss of her mother a few years back, and dealing with the social struggles of being caught between the kids who are her friends and the “cool kids” she wishes would talk to her. But lurking under the surface are some odd details. Her father seems to be hiding something from her, and the old-fashioned mansion they live in is holding some secrets of its own.

Things quickly spiral out of control when Zatanna sneaks out to go to a party, taking her pet rabbit Pocus with her – and winds up losing his collar key, which Zatara takes oddly seriously. That sets off a series of events that reveal that everything she knows is a lie – her father isn’t a stage magician, he’s one of the most powerful magicians alive, and they’re living in a mystic haunted house with hundreds of rooms and even more dangers. And it just happens to be in the sights of an evil witch queen who wants the House of Secrets for herself.

Zatanna in Zatanna and the House of Secrets is a likable kid lead, equal parts insecure and courageous as the situation demands it. But the best part of her storyarc is probably her interaction with the other major players in the book – most of all Pocus. It’s not much of a spoiler to say that the cute little rabbit isn’t what he appears to be, but what he is turns out to be one of the funniest new characters in a long time. His deadpan routine as Zatanna’s first “Familiar” reminds me a lot of the best of Salem the Cat, but with a more active role in the story.

The Witch Queen, the main villain of the story, is a bit of a stock villain, but what’s most fascinating about her is her son – aka Klarion the Witch Boy, who serves as both Zatanna’s friend and enemy in this story. Filling his usual role as the chaotic neutral student of magic, Cody also gives him a deeper story as it’s clear his role as his mother’s minion is anything but ideal. While it’s definitely cloaked in a fantasy veneer, I think it’s also a story anyone who has dealt with an abusive parent will be able to relate to.

One of the most interesting elements of Zatanna and the House of Secrets is that it contains very overt references to the Vertigo roots of the property. This is the iconic House of Secrets, a mysterious manse that was home to Cain and Abel (who appear in portrait form). You’ll notice a lot more easter eggs from that world in here, to the point I wouldn’t be surprised by a teen John Constantine showing up to raise some hell if we get a sequel. And oh, boy do I hope we get a sequel.

Zatanna and the House of Secrets engrossed me from the first moment I opened the book, with a brilliant visual style that brings the mysterious world of DC magic to life like never before. Then it won me over even more with its likable lead as she goes on a journey of self-discovery, and encounters fascinating and gorgeous menaces including a stunning origami Sphinx.

Coming in at less than 150 pages like most books in this line, it’s a lot of story, but it doesn’t feel rushed. It’s one of the most engaging and enjoyable graphic novels for this age group I’ve read in a long time.

1. We’ve seen Zatanna in her younger years before, but mostly as a teenager already versed into magic. What were some of the influences you used to create this middle school-aged version of her?

I tried to take all the things I already love about the character of Zatanna – the confidence, the empathy, the sense of humor – and show them as they are just beginning to develop. I can’t say there’s a lot that’s great about being in middle school, but one thing I am fascinated by is how the traits that make us the adults we are, often can be traced back to those very years.

So, with Zatanna, it was a matter of exploring how she developed that confidence, how she learned that empathy. Where did all of that come from? What was that very first magical adventure? That’s a coming of age story worth telling.

2. One thing that jumped out to me was the frequent hints towards characters from Sandman and other Vertigo properties. What was it like to adapt these very mature concepts like the House of Secrets into an all-ages book?

One of the things I loved about Vertigo was how the line took mainstream concepts/characters that have been around for decades and reimagined them for a modern, adult audience. Well, we kind of went back to that original source material and reimagined it again for younger readers. For example, the House of Secrets was this old horror anthology long before Vertigo came on the scene. It was over-the-top, garish and wonderful – but not exactly kid friendly. It wasn’t as adult as the Vertigo stuff that came after, but it definitely needed some reworking to make it suitable for our readers.

So our House of Secrets is less about horror and more about magic and wonder. It’s spooky at times, but never outright scary.

3. I feel pretty safe in saying Pocus is going to be the breakout character of this book. He’s also a magical creature I haven’t seen much in fiction. What is a Pooka and what made you include this “species” in the story?

So my first exposure to the Pooka legend was actually from the Jimmy Stewart film “Harvey”. In it, he has an imaginary friend who is this six foot tall rabbit named Harvey and . . . well, I’ll let you watch the movie if you want to know more, but after seeing the film I did a little research and found this whole mythology about these animal spirits.

And going with the rabbit thing just made sense, given the subject matter. As for his personality, I think I pitched him to my editor as “Grumpy Luke Skywalker from The Last Jedi, only he’s a rabbit.”

4. This story introduced another magical mainstay of the DCU in Klarion the Witch Boy? Do you have ideas for a sequel, and are there any other magical characters you’d love to introduce to Zatanna’s world?

Yes, I do have more ideas (there’s a House of Mystery out there somewhere, after all) and I can’t imagine Klarion wouldn’t play a major role. He’s such fun to write. As for more characters, DC has a ton of magical characters that would fun to play with. Zatanna’s magical cousin Zachary Zatara comes to mind!

5. What do you hope young readers are going to take away from Zatanna’s journey of self-discovery in this story?

I think one lesson I’d like readers to take away is that no one, not even our parents, are perfect. We all make mistakes, and some of them are big ones. But mistakes hurt you the most when you don’t share them, when you are too afraid to let others know the truth. As someone in our book says, “Secrets only hurt us if we keep them to ourselves. Even in house full of them.” 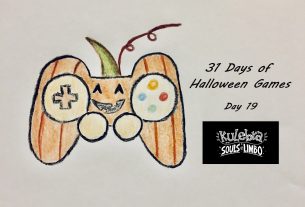 Review – House of Whispers #2: Welcome to the Dreaming